Arizona State University is partnering with Intuitive Machines on a mini extreme mobility lunar vehicle, called Micro-Nova, that will hop around the moon’s surface and take the first-ever pictures inside craters close to the lunar south pole.

On July 16, 2021, NASA awarded the project a $41.6 million “Tipping Point” contract to develop, fly and operate a deployable lunar “hopper lander” on the moon. For this mission design, Micro-Nova can carry a 1-kilogram payload more than 2.5 kilometers to access lunar craters and enable high-resolution surveying of the lunar surface under the flight path. 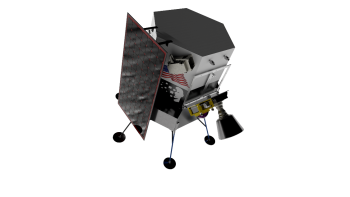 “Intuitive Machines' Micro-Nova is our first-ever chance to explore from within a lunar permanently shaded region (PSR),” said the mission science lead Mark Robinson, of ASU’s School of Earth and Space Exploration. “We will be able to take very high resolution color images near the hopper and black and white images of about half the PSR. What will we see, that is the question!”

Micro-Nova will be equipped to provide high resolution stereo images in areas that are in direct sunlight, which will also enable detailed engineering and science planning for future missions.

“This quick trip into a PSR will provide critical engineering information for designing larger-scale exploration over the next decade,” Robinson said. “And we will gain valuable insight to the distribution and migration of volatiles (water) in the lunar environment.”

The hopper will also measure the temperature of the PSR, which will be very cold. Estimates range from about 40 to 80 Kelvin (-388°F to -316°F). Hopper measurements will provide a test of the current temperature models of these areas, which is critical information for other upcoming missions planned to enter PSRs.

With landing gear, Micro-Nova is about 76.2 centimeters in length, width and height, which is roughly the size of five $1 bills. Intuitive Machines engineers will mount Micro-Nova on a nearly 4-meter Nova-C lander, which is about the size of a Volkswagen Beetle. Nova-C will deliver Micro-Nova to the lunar south pole in December 2022. 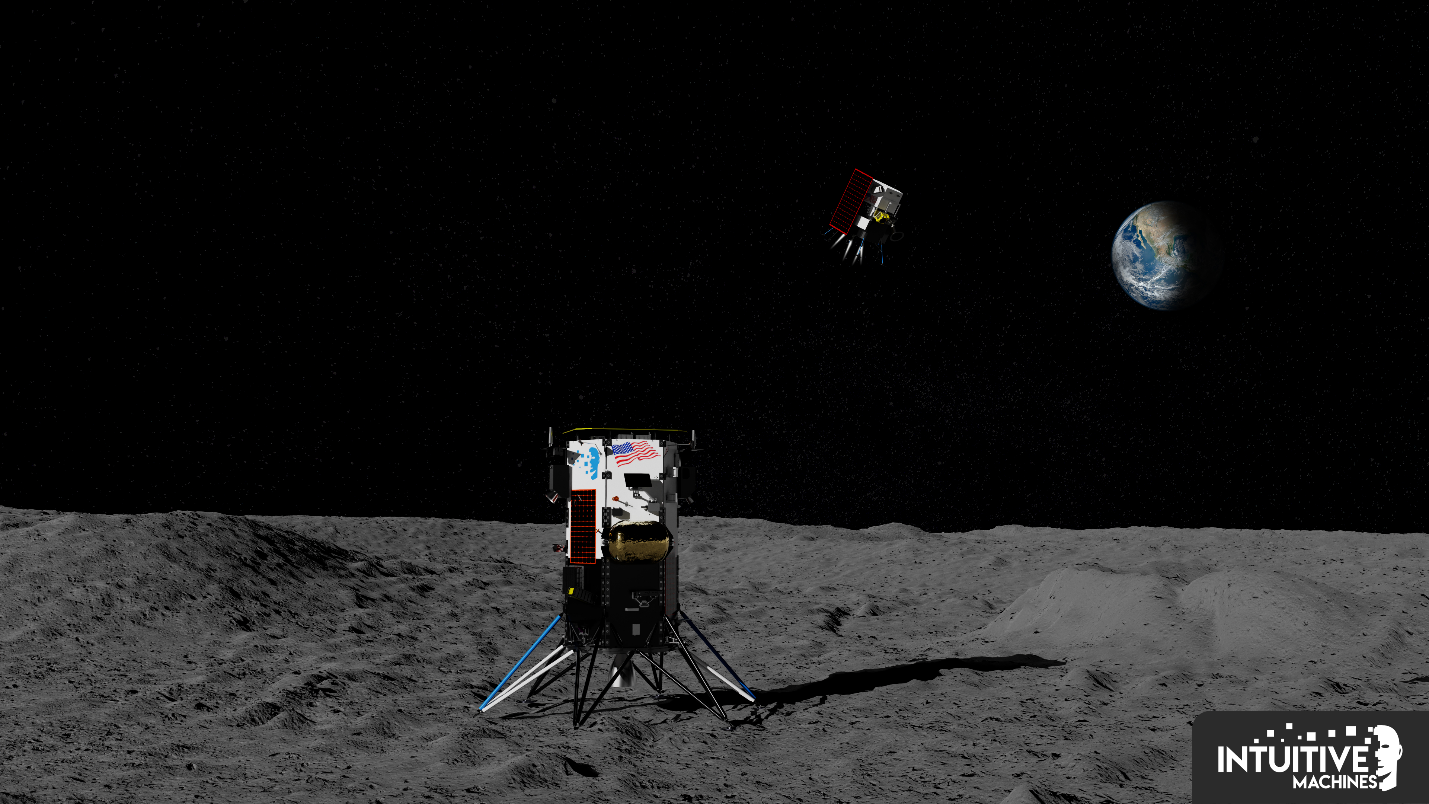 An artist’s rendition of Micro-Nova deploying from Nova-C to explore permanently shaded regions of the moon. Credit: Intuitive Machines

"There are world-class scientists at ASU’s School of Earth and Space Exploration," said Tim Crain, Intuitive Machines' chief technology officer and co-founder. "Their knowledge of scientific questions and how to get data to answer those questions on the moon coupled with our understanding of engineering systems and how to put instruments in place to collect that data, it's really magical."

Intuitive Machines' complete lunar program unlocks the lunar economy to explore the solar system further and gain knowledge for the progress of humanity. As the premier provider of space services and technologies, Intuitive Machines is reestablishing the United States' dominance on the ultimate high ground, the moon. Designed by the greatest minds in spaceflight, IM's lunar program will send the first American spacecraft to the surface of the moon since the Apollo program and send the first spacecraft ever to reach the lunar south pole.

Four from Sun Devil Women's Golf are competing at the European Ladies' Amateur Championship in Italy. ... Four from Sun Devil Women's Golf are competing at the European Ladies' Amateur Championship in Italy.