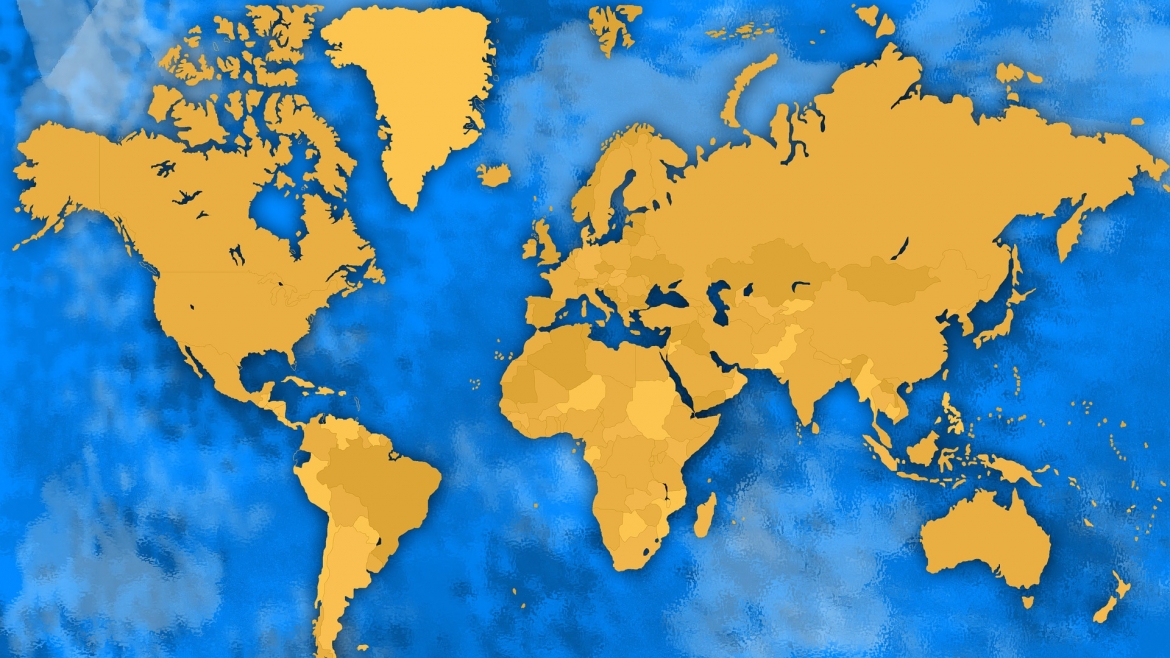 Thunderbird experts to highlight 'a story about Africa by Africans'

The Africa Knowledge Network was launched last month with the goal of highlighting scholars and professionals from the continent in order to leverage their expertise. The project is led by the United Nations Office of the Special Adviser on Africa, which was created in 2003 to raise global awareness about issues in Africa.

Among the experts in the network are two professors from the Thunderbird School of Global Management at ASU: Monica Kerretts-Makau and Landry Signé. They said the Africa Knowledge Network is important because it will provide a voice for African scholars.

“This will inform a new narrative — a story about Africa by Africans,” Signé said.

“It is noteworthy that Landry and I, through our work in Thunderbird, are already involved in doing the very thing this is asking — speaking in the global space and advocating for issues in Africa.” 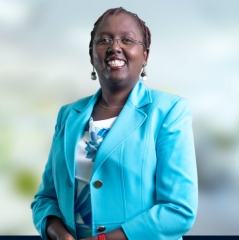 Monica Kerretts-Makau is a professor of practice at Thunderbird School of Global Management at ASU.

Kerretts-Makau is professor of practice and academic director of the Thunderbird School's Center of Excellence for Africa, which is based in Kenya. Her current work is focused on online education in Africa, e-commerce and digital labor platforms and advocating for African women.

Signé is a professor and senior director at Thunderbird, where he co-founded and is leading the Fourth Industrial Revolution and Globalization 4.0 Center. He also co-leads the Washington, D.C., Regional Center of Excellence.

Cristina Duarte, the current special adviser on Africa to the United Nations Secretary-General, is a graduate of Thunderbird. She took office in February.

The Africa Knowledge Network came out of discussions a few years ago about the need to broaden the dissemination of scholarship by academics in Africa, little of which makes its way into peer-reviewed journals, according to Duarte, who spoke at a launch event on June 29.

That lack of visibility keeps African scholars from influencing policy on their own continent and around the world, she said.

“African academics can be key players in researching and proposing tailored, Indigenous, practical, and country-specific and evidence-based recommendations and inputs to policymakers,” Duarte said. 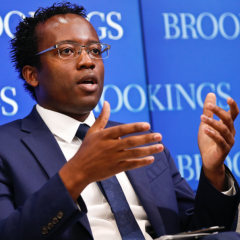 Landry Signé is a professor at the Thunderbird School of Global Management at ASU.

Signé said that harnessing Africa’s intellectual wealth is important in facing global crises such as climate change and gender equity.

“Perhaps one of the reasons the world has failed to fix some of the most critical challenges is rooted in the fact of not taking into consideration the Indigenous knowledge — the knowledge of the people from the area,” he said.

Kerretts-Makau said her work, and the focus of the initiative, will help to break down stereotypes.

“There’s a lot more to Africa than poverty and disease and animals. There’s business and industry going on. There’s a Silicon Valley happening,” she said.

Signé said Africa is the “next frontier market.”

“Africa will be home to almost 40% of the population by the end of the century,” he said.

“Which means the world cannot be prosperous if Africa is not prosperous.”

Every day we interact with products manufactured using polymer chemistry — whether shower stalls, automotive parts, concrete structures or a wide range of plastics.Modern fabrication utilizes additive manufacturing, in which a product is built by adding molecules to precise locations. This process is more commonly known as 3D printing. Additive manufacturing is more economical and potentially mo...

Every day we interact with products manufactured using polymer chemistry — whether shower stalls, automotive parts, concrete structures or a wide range of plastics. 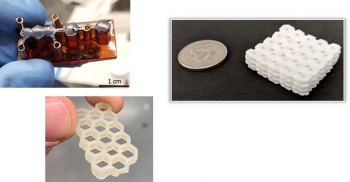 However, some of the reactive diluents, compounds that are used to reduce the viscosity of resins — such as styrene — vaporize readily into the air and are harmful to humans and the environment.

Alternative diluents that are more environmentally friendly and can be used in manufacturing are a focus of research in Timothy Long’s laboratory in Arizona State University's School of Molecular Sciences.

Long, with fellow researchers from Virginia Tech, describe the versatility of new families of polyesters in their journal paper, "Vat photopolymerization of unsaturated polyesters utilizing a polymerizable ionic liquid as a non-volatile reactive diluent" in ScienceDirect.

Additive manufacturing using unsaturated polyesters with an ionic liquid diluent eliminates the release of volatile organic compounds (VOCs) while allowing the fabrication of complex parts with resolutions approaching the diameter of a human hair. This work solves major problems in the use of unsaturated polyesters, not only the elimination of VOCs, but also reducing waste.

“We can return waste polyester products back to their previous petroleum-derived monomers, aiming for carbon circularity,” Long said.

"Polyester resins represent one of the most important classes of polymer precursors, but the reliance on the volatile styrene as the co-monomer has been a significant limiting factor in their application," said Ian Gould, interim director of the School of Molecular Sciences. "Tim and his colleagues have come up with a very nice solution to this problem by using ionic forces to control the volatility.”

This research represents a partnership between the ASU Biodesign Institute Center for Sustainable Macromolecular Materials and Manufacturing and the Virginia Tech Department of Mechanical Engineering, with mechanical engineers and chemists working together to discover advanced materials for advanced manufacturing.

“Simply stated, the materials of 1950 are not suitable for the advanced manufacturing tools of 2021,” Long said.