Devoney Looser, Regents and Foundation Professor of English at Arizona State University, has uncovered new information on the family of English novelist Jane Austen that establishes the family’s direct ties to the anti-slavery movement.

With an increased worldwide awareness surrounding the history of race and racial justice, the subject of Austen and her family connections to colonialism and slavery recently came under renewed scrutiny. Through research she conducted over the past year, Looser discovered several new facts that deepen and further complicate the previous understanding of the Austen family’s relationship to the institution of slavery. The information was published as the cover feature in the May 21 issue of the Times Literary Supplement. 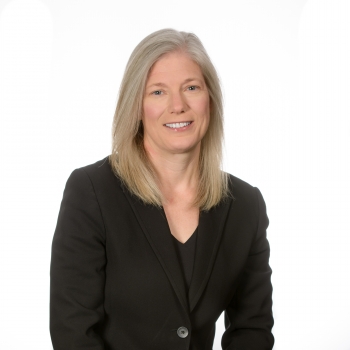 “Jane Austen and her family have rightly come under scrutiny,” Looser said. “But a reductive story was forming that her family — and, by association, she — was pro-slavery. What my work adds is that her immediate family might also be described as anti-slavery. So the best answer to the oversimplified question, ‘Was the Austen family pro-slavery or anti-slavery?’ — is both.”

One of Looser’s most significant findings is that Jane Austen’s brother, Henry Thomas Austen, was a delegate to an anti-slavery convention in London in 1840. Looser also found that Austen’s father, the Rev. George Austen, who has been described as the principal trustee of an Antiguan sugar plantation owned by James Lanford Nibbs, was actually a co-trustee of a marriage settlement that would have been responsible for dispersing the plantation property and profits. This means that George would not have been expected to run the plantation and he likely received no compensation in this role.

In addition, Looser found that George’s co-trustee on the marriage settlement, who was formerly identified as Morris Robinson, was a solicitor who took care of the details of the Nibbs’ estates. Robinson was the brother of Elizabeth Robinson Montagu, one of the most important and powerful female intellectuals of the 18th century. This puts Jane Austen closer to the Bluestockings, a group of female intellectuals that Montagu led.

“Jane Austen directly addresses questions of slavery and the slave trade in two of her novels, ‘Mansfield Park’ and ‘Emma.’ She included a mixed-race West Indian heiress in her unfinished and long unpublished last novel, ‘Sanditon.’ In her private letters, she once wrote of loving the writings of Thomas Clarkson, a noted anti-slavery activist. This isn’t a lot to go on, but it shows that Austen was aware of and interested in questions of race and slavery,” Looser said.

“I believe the textual evidence points to her being an advocate for reform. This new evidence shows that her family’s affiliations to slavery and colonialism changed over time, from 1760 to 1840. During the period of that time when she was alive, 1775 to 1817, there were also immense changes afoot,” she added.

Despite there being a 779-page chronology detailing every known fact about Austen and her family, the facts Looser uncovered had not previously been noticed.

Looser has researched, taught and written books about Austen for nearly 30 years. When coming across these new facts, she retraced the steps of previous scholars and tracked down primary documents — finding that errors made by scholars 30 years ago had been repeated by later scholars. Looser used resources like Ancestry.com, newspaper databases and full-text searches of Eighteenth Century Collections Online and Nineteenth Century Collections Online through ASU.