In the social sciences division of The College of Liberal Arts and Sciences at Arizona State University, students and faculty impact and pioneer solutions to society’s challenges through an understanding of the interconnections of our world.Four new directors will soon join the social sciences division to lead the research being done within ASU’s Institute of Human Origins, the School of Pol... In the social sciences division of The College of Liberal Arts and Sciences at Arizona State University, students and faculty impact and pioneer solutions to society’s challenges through an understanding of the interconnections of our world.

Four new directors will soon join the social sciences division to lead the research being done within ASU’s Institute of Human Origins, the School of Politics and Global Studies, the School of Geographical Sciences and Urban Planning and the School of Social Transformation.

“I am honored to welcome these four renowned scholars to The College,” said Pardis Mahdavi, dean of social sciences in The College. “As innovators in the social sciences, each of them bring the skills needed to advance solutions to the real-world issues vulnerable populations around the globe are facing.

"I am eager to see their visions for educating the next generation of globally informed leaders come to life.”

Meet the new directors of the social sciences division: 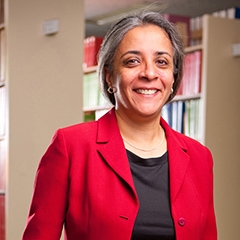 Sharmistha Bagchi-Sen, director of the School of Geographical Sciences and Urban Planning

Bagchi-Sen joins ASU from the State University of New York at Buffalo, where she served as a professor and the chair of the Department of Geography from 2010 to 2016. She previously served as the co-director of the Institute for Research and Education on Women and Gender at SUNY.

She was also a visiting faculty fellow in the School of Business, Economics and Law at the University of Gothenburg and now serves as a member of the school’s international advisory board. She has served as the editor and associate editor of three journals — Applied Geography, Papers in Regional Science and The Professional Geographer.

Her past research examined foreign direct investment in the United States followed by the study of the drivers and barriers of innovation in various high technology industries, including the biopharmaceutical and bioenergy sectors. She focuses on industry studies with a deep interest in understanding how industrial change affects regions. In recent years, she has undertaken research on shrinking cities in the deindustrialized parts of the United States to investigate the relationship between population and economic decline. Her research has been funded by the National Science Foundation.

Bagchi-Sen received her PhD in geography and a certificate in global policy studies from the University of Georgia in 1989. Her appointment as director of the School of Geographical Sciences and Urban Planning will begin on July 1. 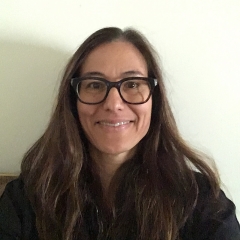 Camilla Fojas, director of the School of Social Transformation

While at the University of Virginia she co-directed the Global South Lab and the surveillance and infrastructure research area of the Informatics Lab. She was previously a Vincent de Paul Professor at DePaul University, teaching Latin American and Latino studies as well as global Asian studies, LGBTQ studies and critical ethnic studies. In addition, she was a National Endowment for the Humanities summar scholar. She is the author and co-editor of a number of books, most recently “Border Optics: Surveillance Cultures on the U.S.-Mexico Frontier.” 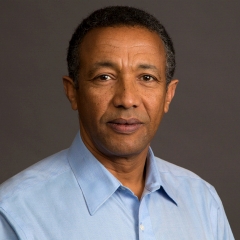 Yohannes Haile-Selassie, director of the Institute of Human Origins

Haile-Selassie joins ASU from the Cleveland Museum of Natural History where he has been the curator of physical anthropology since 2002. He has academic appointments at Case Western Reserve University, Addis Ababa University and Mekelle University.

He is one of the world’s foremost experts in paleoanthropology, known for major fossil discoveries in the African Rift Valley and extensive scholarship in human origins science. He directs the Woranso-Mille Paleontological Project in the Afar region and conducts field and laboratory research in Ethiopia every year. The Woranso-Mille project began as a modest survey project in 2005 and has grown into a multidisciplinary effort involving researchers from around the world. His field and laboratory research has been funded by the National Science Foundation, the Leakey Foundation, the Wenner-Gren Foundation and the National Geographic Society.

Haile-Selassie received his PhD in integrative biology in 2001 and his master’s degree in anthropology in 1995 from the University of California, Berkeley. He received his bachelor’s degree in history from Addis Ababa University in 1982. His appointment as director of the Institute of Human Origins will begin on July 1. 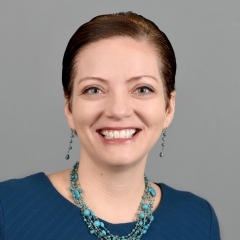 Magda Hinojosa, director of the School of Politics and Global Studies

Hinojosa joined ASU as a faculty member in 2007. She has served as interim director of the School of Politics and Global Studies since July 2020. She also previously held a number of administrative appointments at ASU, including associate director of undergraduate studies and director of graduate studies with the School of Politics and Global Studies and dean’s fellow in The College of Liberal Arts and Sciences.

As a Mexican American woman who grew up on the U.S.-Mexico border, Hinojosa was drawn to researching marginalized groups and the processes and procedures that can bring people into positions of power. She is the author of several books including “Seeing Women, Strengthening Democracy: How Women in Politics Foster Connected Citizens,” (co-authored with ASU Professor Miki Caul Kittilson), “Selecting Women, Electing Women: Political Representation and Candidate Selection in Latin America” and numerous journal articles and popular press pieces.