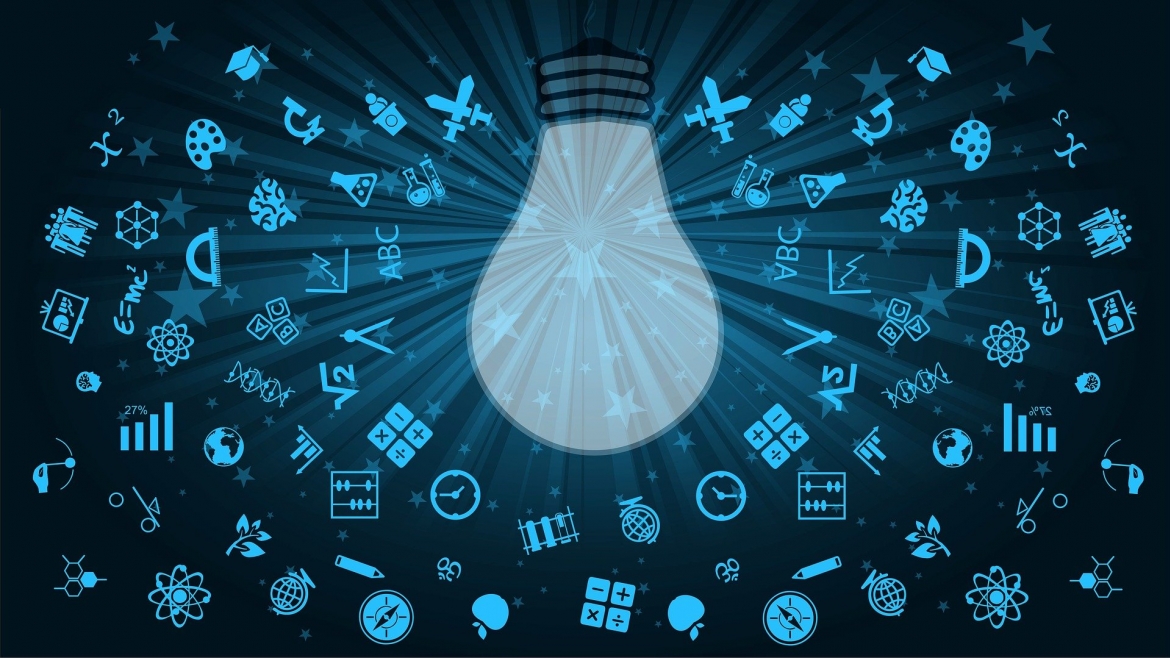 Higher education has myriad equity issues: The gap between “elite universities” and other institutions continues to increase, tuition prices are inaccessible for most and admission requirements are unattainable for many. The higher education model is in need of a remodel. The pandemic has accelerated some of the trends already in place to disrupt the traditional model of higher education. With these changes being set into motion, what does the future of higher education look like?

“There’s almost nothing more forward-looking and potentially optimistic than higher education,” said Zachary Karabell, the founder of The Progress Network, a nonprofit news organization based out of New America that publishes contributions from experts in politics, health, science, foreign affairs, climate change, technology, psychology, race relations and economic outcomes. “You go to school to try to enrich yourself. You try to figure out what you’re going to do with your life, presumably because one believes that there is a world to be worked in and constructed. That process of going to school is an integral aspect of being launched on a more constructive path. At least in theory.”

Karabell moderated a panel with several higher education disrupters, including Arizona State University President Michael Crow, in a recent event co-sponsored by The Progress Network and ASU that considered what is next for the sector — and how the COVID-19 pandemic has affected the rate of change. 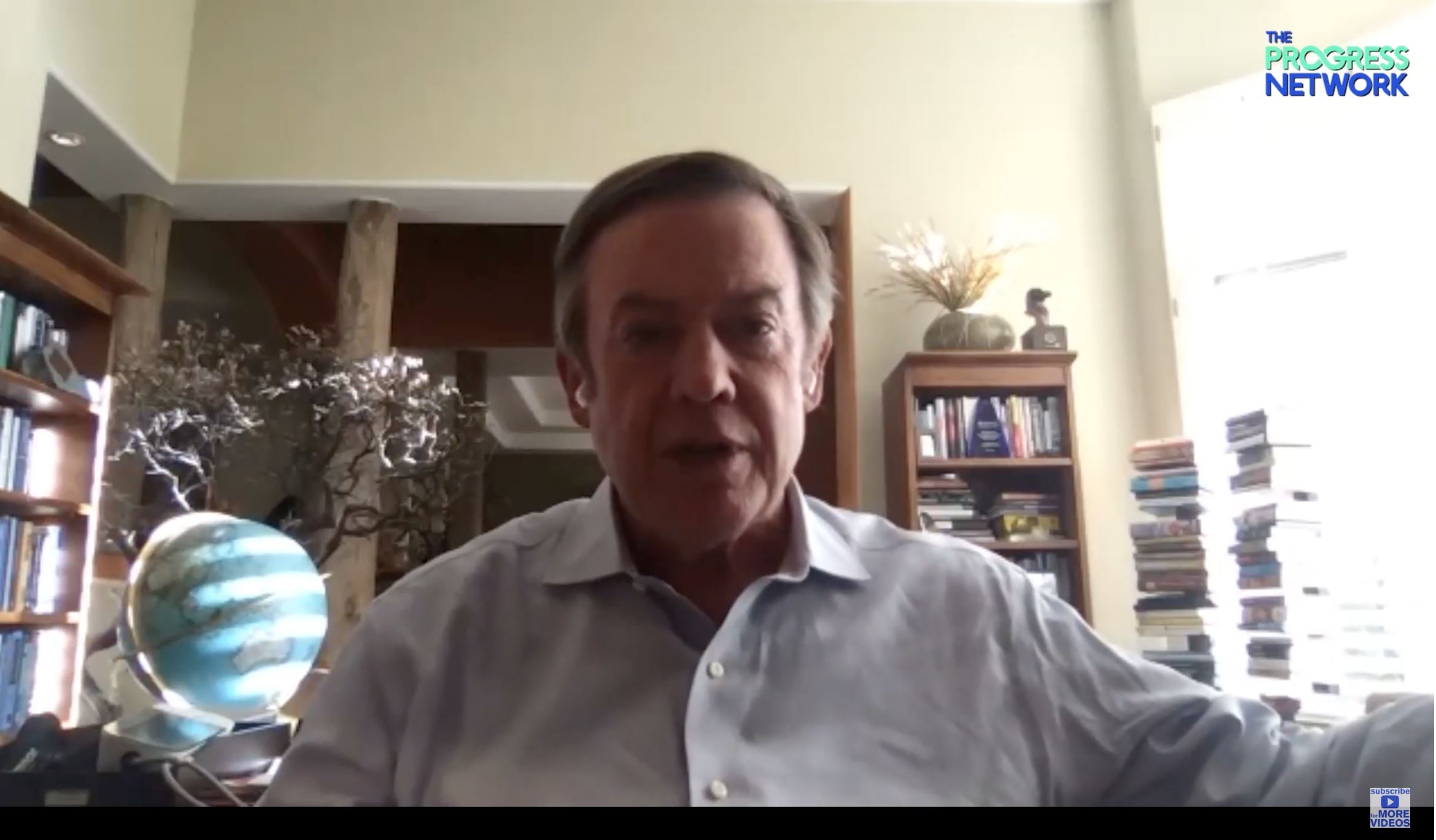 ASU President Michael Crow discusses the future of higher education and equity issues during a panel discussion co-sponsored by The Progress Network and ASU.

“This has been an accelerant year,” ASU President Michael Crow said. “It's definitely not anomalous. It is basically an exemplar of where we’re headed. During this pandemic we shut off the force fields around ASU that were keeping people out unnecessarily and undemocratically. We dug them up and threw them away.”

Shifts toward greater access at some institutions may widen the divide between institutions concerned with maintaining their image as a “top university” and institutions committed to creating opportunities for student success.

“I think higher education has moved from being the greatest upward lubricant in the middle-class to being the enforcer of a caste system. I think those trends are accelerating. ‘Elite institutions’ no longer see themselves as public servants. They see themselves as luxury brands,” said Scott Galloway, professor of marketing at the New York University Stern School of Business and founder of Section4, an online business education platform. “Every year the dean stands up and brags that we didn't turn away 90% of our applicants — we turned away 94%. Which in my view is tantamount to the head of a housing shelter or a homeless shelter bragging that we turned away 94% of the people who showed up last night. There are some disrupters who haven’t lost the script, but the net effect here could be disastrous.”

“I agree with the characterization of the system being seriously messed up,” Crow said. “We have an entire higher education system where the coin of the realm is scarcity. We have an entire higher education system where status is derivative of exclusion. Well, that might be fine for small honors colleges in private universities, or institutions that just have a few undergraduates, but the rest of us have got to take on the task of democracy-building. Democracy-building only works if the educational attainment of the population continues to rise, particularly as the more modern knowledge-driven economy moves forward.”

Galloway and co-panelist Sylvia Burwell, president of American University, suggested that institutions of higher education should shift focus to providing access to an excellent education to as many qualified students as possible to avert disaster — similar to the ASU Charter.

“This idea that we're exclusive and that we're trying to keep people out is just the opposite of what higher education should be about,” Burwell said. “I think we would all agree that it’s not about exclusion. It’s about excellence. We’re really going to have to focus on how we think about higher education from this issue of access and affordability and quality. To do that we have to think beyond the traditional approaches of everything from four-year degrees to two-thirds of the nation not having undergraduate degrees. We have to remember that the concept of lifelong learning, the concept of postsecondary education, is something that people do in different ways and at different times. We are serving those needs in higher education.”

The pandemic may have accelerated a reckoning for a sector that has become status-driven and, to a degree, status-obsessed.

“The ‘top universities’ are those that only admit students from high school with 'A' averages. That's how you get to be a ‘top university,’” Crow said. “What we’ve decided to do at ASU is prove that that's not the case. That we could break the stranglehold of the old British model of elitism that has reappeared in the United States, not as hereditary granting of social status through family, but through what school you go to. That has to be seriously attacked.”

Columbine. Sandy Hook. Orlando. Las Vegas. All tragedies involving gun violence that resulted in multiple civilian fatalities and injuries.Research has shown that these mass shootings are occurring more frequently, especially in the last decade.Despite intense media scrutiny and condemnation from politicians and the public, nothing seems to change.Four Arizona State University researchers recently... 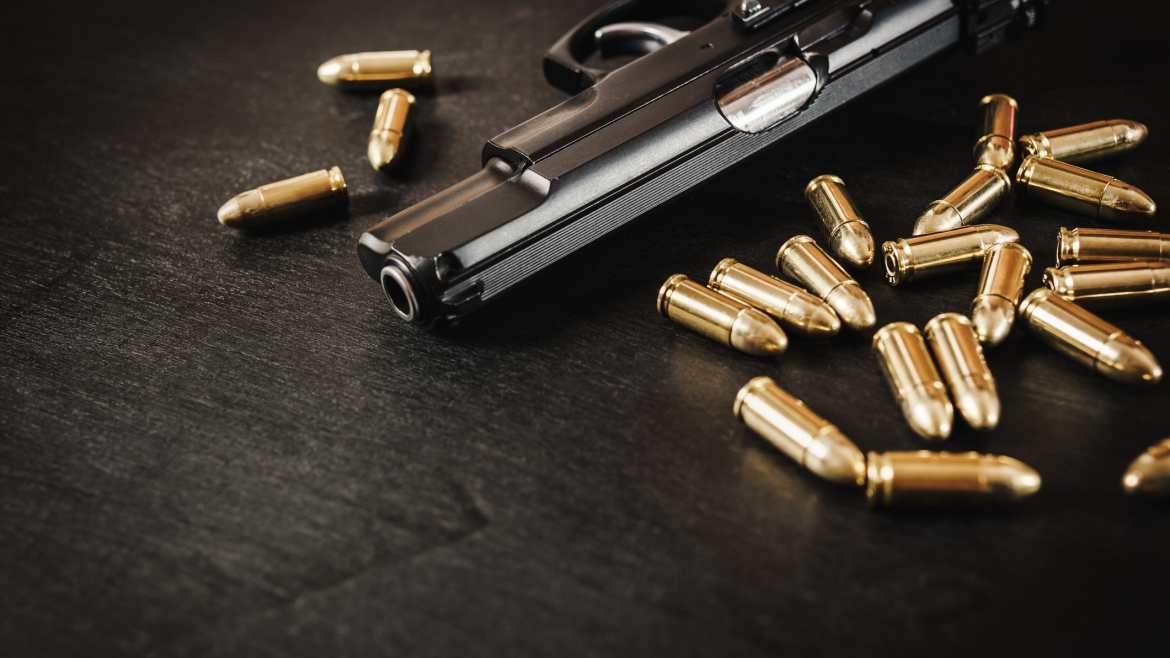 Research has shown that these mass shootings are occurring more frequently, especially in the last decade.

Despite intense media scrutiny and condemnation from politicians and the public, nothing seems to change.

Four Arizona State University researchers recently conducted a study to look at the emotional impact of public service announcements about gun violence to see how it may influence people or catalyze them to act.

ASU News spoke to Foundation Professor of political science Kim Fridkin in the School of Politics and Global Studies about the study, which she co-authored with Patrick Kenney, dean of The College of Liberal Arts and Sciences; Manuel Gutiérrez, a political science PhD student; and Ryan Deutsch, a Juris Doctor student at the Sandra Day O’Connor College of Law. 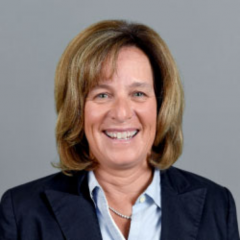 Question: Your study on gun violence is interesting in that goes a different route by asking respondents to look at the emotional impact of gun violence and how public service announcements (PSAs) might spur them to take action. Why did you want to study that aspect of this issue?

A: We found that people’s emotional reactions — either measured by self-report, e.g., a respondent saying the PSA made them feel very sad, or by software measures analyzing facial expressions, e.g., different a set of facial muscles are associated with different displayed emotions, such as the nose wrinkle being associated with disgust — were related to what people learned as well as people’s willingness to learn or acquire additional information about preventing gun violence. For example, we found that people who said they felt more contempt and sadness after watching the school violence PSAs were more likely to want additional information about how to prevent gun violence. We also found that people who reported feeling more fear and expressed more contempt, via facial expressions, became significantly more negative towards the National Rifle Association between the start and the end of the study. We also found that some negative emotional reactions lead people to become more politically engaged. In particular, people who expressed more contempt in their facial expressions and self-reported feeling more contempt after watching the school violence PSAs were more likely to become politically engaged.

Q: There was also a policy aspect of your study, which asked respondents to review current policy and their reactions. What was the most helpful thing you discovered regarding this part of the study?

A: We looked at whether people changed their views about a series of gun-related policies, and we found that people’s emotional reactions to the PSAs produced significant changes in their views on banning assault weapons, requiring gun background checks and banning high-capacity clips. For example, we found that people who reported being more angry and people who displayed more anger and contempt via their facial expressions became significantly more likely to favor background checks for gun purchases from the start to the end of the study. For each of the three policies examined, we found that people’s emotional reactions to the school violence PSA led to significant changes in their policy views.

Q: Concluding thoughts on your study?

A: I think the study shows that people’s emotional reactions to public service announcements can lead to changes in policy attitudes and political engagement. I think these results can be used to create more effective public service announcements – beyond gun violence. So, for instance, the federal and state governments are interested in creating PSAs to reduce COVID-19 vaccine hesitancy. These results suggest that certain emotions may be more influential in changing behavior (getting a COVID-19 vaccine) – such as fear and contempt. So, designing PSAs with these emotions in mind may lead to more effective PSAs.