Wireless technology is racing toward ubiquity. Innovative new commercial, scientific and military applications are emerging at an almost unimaginable rate.

“There are thousands of new satellites going into orbit, autonomous vehicles are becoming a reality and we all want high-speed connectivity for our devices everywhere we go,” said Sayfe Kiaei, a professor of electrical engineering in the Ira A. Fulton Schools of Engineering at Arizona State University. 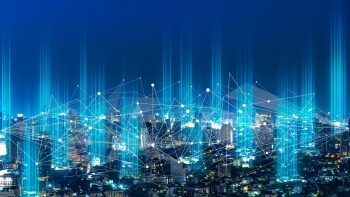 At the same time, the electromagnetic spectrum that serves as the medium for this explosion of data transfer is a limited resource. Challenges related to sufficient access, signal interference and poor latency or performance delays are sources of growing global concern.

“And while the United States has been a leader in the development of wireless technologies since World War II, there is now a lot of international competition for dominance in this arena. This is why 5G mobile networks have been such a hot topic in recent years,” Kiaei said. “As a result, the National Science Foundation has called for the creation of a new national center for research, innovation and workforce training to maintain our edge in wireless spectrum use and management.”

That call went out in August 2020, when leading scientists and engineers at U.S. universities were asked to develop detailed proposals for the structure and operation of the new $25 million facility — currently known by its working name, Spectrum Innovation Initiative Center, or SII-Center. In rapid response, multi-institutional teams began forming to leverage complementary expertise as they developed their plans.

“Our comprehensive plan highlights a flexible approach to the spectrum,” Kiaei said. “We need very adaptive architecture and systems to permit rapid advances in wireless functionality for everything from personal communication and weather sensing telemetry to intelligent transportation networks and more. Reflecting that focus on flexibility, our center name is SpectraFlex.”

The faculty members working together in each thrust will pool their talent and resources to tackle a variety of challenges. One example is equipment reconfigurability to enable operation in either a sensing mode or a communication mode, while another focus is getting electronics to operate across a wide range of frequencies without degrading performance.

“The current approach to building good radio technology is tuning everything to a particular operating point. We optimize something for a very specific use,” said Alyssa Apsel, a professor of electrical engineering and director of the School of Electrical and Computer Engineering at Cornell University, as well as the leader of the radio-frequency integrated circuit and transceiver thrust at SpectraFlex.

“Of course, it is possible to make things that are flexible, but you almost always sacrifice performance,” Apsel said, pointing as an example to the difference between an application-specific integrated circuit and a general-purpose computer.

“The integrated circuit does one thing very efficiently, while the general computer does many things pretty well — but by consuming a lot of power and taking up a lot more space,” she said. “The same is true for radio technology. So, we intend to research and develop new systems that are not forced to trade performance for flexibility.”

More broadly than specific technical challenges, the SpectraFlex proposal aims to catalyze a dramatic change to the current collective mindset about the electromagnetic spectrum. The focus should be not just popular issues like 5G or the Internet of Things, but preparing for the wireless world we need in place 30 years from now.

“Think about how wireless data has been totally redefined during just the past five years. It’s a fundamental part of our lives from agriculture to logistics to education to defense,” said John Volakis, a professor of electrical engineering and dean of the College of Engineering & Computing at Florida International University as well as the leader of the multiple-input and multiple-output antennas thrust at SpectraFlex. “Consequently, the ways we use the spectrum have outpaced the technology we have in place. By that, I mean we have so many new applications, but the background systems supporting them haven’t changed much.”

Volakis says this is because we typically develop technologies in an evolutionary manner. Changes are iterative and rooted in what already exists.

“But we now need a revolutionary change,” he said, “and a center like SpectraFlex can take on the risk of developing a new paradigm and open new pathways to transporting wireless data.”

To help open those pathways, Kiaei says that the SpectraFlex proposal team has been actively engaging with leaders of the information technology and communications industries to identify key collaboration opportunities.

“At a workshop earlier this spring, we were discussing the new center with more than 80 representatives from a wide range of enterprises,” he said. “And those discussions include identifying workforce development needs. It’s vital that ASU and other universities train tens of thousands of new scientists and engineers to help push the new technology forward and make the promise of SpectraFlex a reality.”

Final proposals for the new wireless spectrum center are due for submission to the National Science Foundation by the end of April, and selection of the winning plan is expected this summer.

A new statewide survey of Arizona residents finds broad agreement on several key issues facing the state, such as the need to close education gaps for low-income students and the desire to reform immigration laws.The results were released April 21 by the Center for the Future of Arizona in a new report titled “The Arizona We Want: The Decade Ahead.”Sybil Francis, president and CEO of the cent... 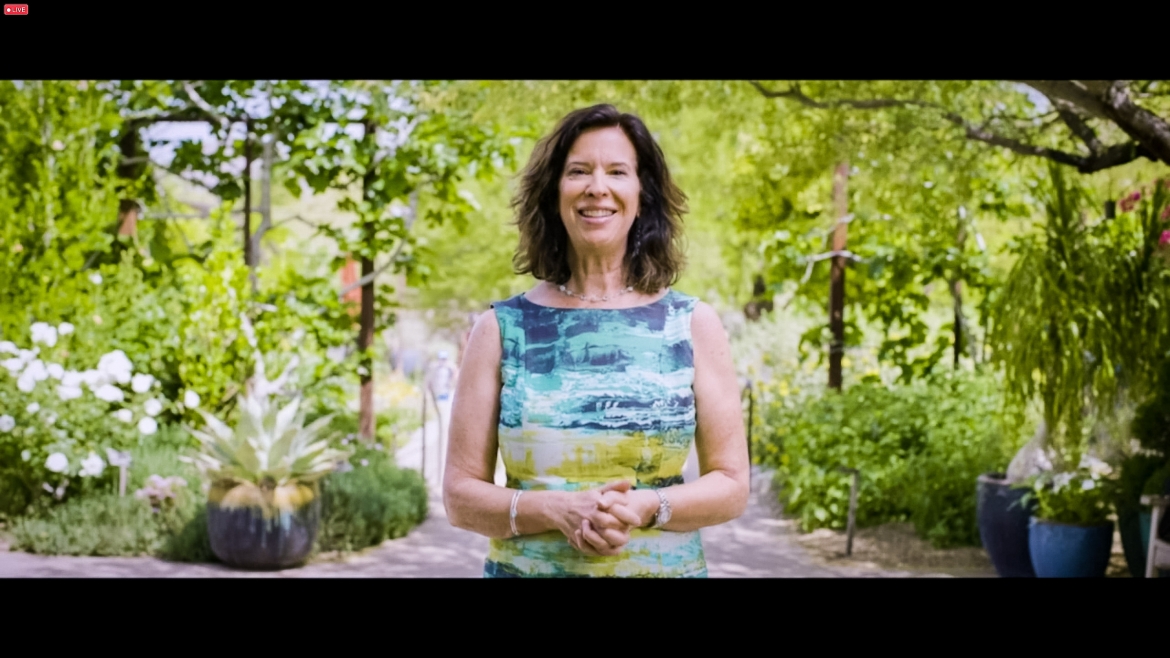 A new statewide survey of Arizona residents finds broad agreement on several key issues facing the state, such as the need to close education gaps for low-income students and the desire to reform immigration laws.

The results were released April 21 by the Center for the Future of Arizona in a new report titled “The Arizona We Want: The Decade Ahead.”

Sybil Francis, president and CEO of the center, said the report shows common ground across a wide swath of the population.

“I have felt somewhat discouraged by the national narrative and relentless focus on partisanship,” she said during a livestreamed event Wednesday.

“When I saw the results of the survey, it became clear to me that we agree on many of the things that we need to. Across Arizonans’ diverse geography, and across age, income and education levels, race and ethnicity and party affiliation, we agree on what we want and what we need to do.”

Among the highlights of the survey: The survey asked Arizonans about their confidence in their elected leaders. Screen grab by Charlie Leight/ASU News

The Center for the Future of Arizona is a nonprofit organization founded in 2002 by Lattie Coor, former president of ASU. Part of the center’s mission is to share data. The report was based on a 2020 Gallup poll of more than 3,500 Arizonans. This was the second Gallup poll commissioned by the organization in the past 10 years.

“Education consistently tops the chart on issues that matter to Arizonans,” she said. “They believe that a highly educated and skilled population is important to our future.

“Yet as you heard, only 1 in 4 considers our state’s K–12 public education to be high quality.”

Low-income respondents believe they don’t have access to the education and training needed for higher-paying jobs. Michael Crow, president of ASU, one of the sponsors of the survey, said the results can help guide him in directing the university.

“We need to focus on the needs and aspirations of Arizona’s young people and create more opportunity to build careers in Arizona.”

The survey results, released a day after a jury found former police officer Derek Chauvin guilty in the killing of George Floyd, a Black man, in 2020, showed a division of opinion on inequity in the criminal justice system in Arizona: 32% agree that law enforcement treats everyone equally, while 45% disagree and 23% are neutral. On the question of whether the criminal justice system treats everyone equally: 26% agree, 45% disagree and 29% were neutral.

However, 77% agreed that Arizona’s prisons need to focus more on rehabilitation.

And, even as the state legislature is currently fielding several bills to restrict voting access in Arizona, the survey found overwhelming and broad support for making it easier to vote.

The results of the poll can help leaders make decisions, according to Michael Crow, president of ASU, one of the sponsors of the survey.

“It tells me where the people of Arizona have shared public values, where they connect, and it gives me a compass heading to help guide the university on where to focus our energy and what new things to create,” he said.

“The way to get started is to begin effort after effort around implementing those values and then measure the progress we’re making.”

The livestreamed event featured comments from several leaders in Arizona. Zach Yentzer, executive director of Tucson Young Professionals, said the data support the general feeling among his members, who are anxious about affordable housing, health care and career opportunities.

“We think of Arizona as this beautiful state, but we also have a lack of confidence that careers can be built in Arizona,” he said.

“We know this to be certainly true in Tucson, which has entry-level opportunities and senior-level leadership opportunities. But that middle part, where young professionals are looking to buy a home, raise a family, grow into the mid-stage of their careers, we’re seeing that as a donut hole. I think that has to be solved.”

Reyna Montoya is an ASU alumna and the CEO and founder of Aliento, a nonprofit that provides support and resources to immigrants, including young people in the Deferred Action for Childhood Arrivals program. She said that the overwhelming support for immigration reform shown in the results must translate into action.

“I wish I could wake up one day and imagine what our young people could do with their time if they didn’t have to constantly worry about deportation, family separation and not being able to pay in-state tuition because they are undocumented,” she said.

“Imagine the brilliant capacity these young people could feel, becoming a teacher, becoming a counselor, to maybe being our next mayor or state legislator or being able to do research on cancer.”

Top image: Sybil Francis, president and CEO of the Center for the Future of Arizona, presented the results of the recent Gallup survey during a livestreamed event on Wednesday. Screen grab by Charlie Leight/ASU News.