Seniors to be Honored as Lacrosse Hosts USC In 2014, Arizona State University established its first official charter to define its mission. Among other things, it stated its commitment to accessible education. For Brinlee Kidd, that tenet was the deciding factor in choosing ASU over the other two state universities — and an East Coast Ivy League school — when she was selected as a 2021 Flinn Scholar.“My mom is an educator, and growin... 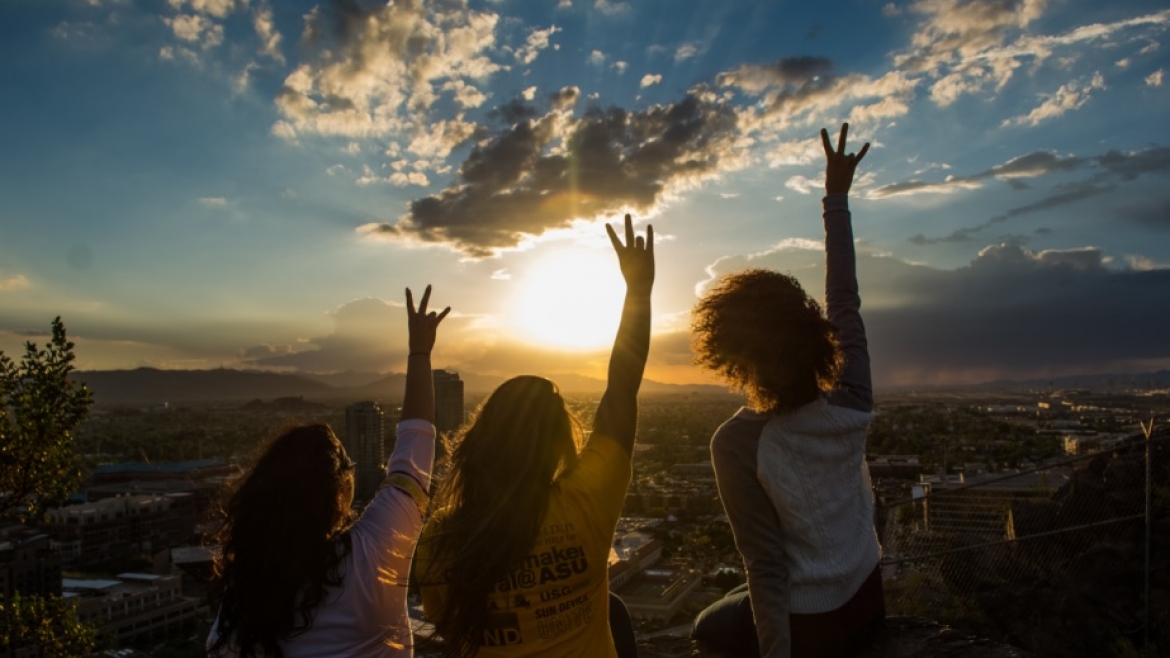 In 2014, Arizona State University established its first official charter to define its mission. Among other things, it stated its commitment to accessible education. For Brinlee Kidd, that tenet was the deciding factor in choosing ASU over the other two state universities — and an East Coast Ivy League school — when she was selected as a 2021 Flinn Scholar.

“My mom is an educator, and growing up, she was able to show me a lot of the behind-the-scenes work that goes into public education, both the beauty of connecting with students and building their education, as well as the faults, like how underfunding affects accessibility and opportunity,” Kidd said. Brinlee Kidd will pursue business law at the W. P. Carey School of Business in fall 2021 as one of the 14 Flinn Scholars this year who chose ASU over Northern Arizona University and the University of Arizona. Photo courtesy of Brinlee Kidd

“So a big draw for me to come to ASU is the fact that they’re based on accessibility. I actually had an offer from Cornell, where it’s kind of the opposite; they kind of define themselves by their exclusivity. So reading ASU’s charter really just confirmed that I made the right decision.”

While some have balked at the idea of a university defining itself by whom it includes, not whom it excludes, ASU has managed to commit to inclusivity while also maintaining excellence, something that is reflected in the fact that 14 out of the 20 Flinn Scholars selected this year chose ASU.

The Flinn Scholars Program, supported by the Phoenix-based Flinn Foundation in partnership with the three Arizona state universities, provides recipients with a full scholarship valued at more than $120,000 that covers the cost of eight semesters of tuition, fees, housing and meals, as well as funding for at least two study abroad experiences and a three-week summer seminar after the scholar’s freshman year.

Vista Grande High School senior Evan Chaparro also chose to attend ASU, despite offers from UA, NAU, Colorado School of Mines, and the University of California at San Diego, Irvine, Davis and Los Angeles. He will be majoring in chemical engineering and is keen to take advantage of ASU's undergraduate research opportunities in the hopes of using what he learns to make advances in sustainability.

Nearly 1,000 students from 209 high schools in 73 cities and towns across Arizona applied to be a part of this 36th class of Flinn Scholars to receive the merit-based award. Out of those applicants, 78 semifinalists were chosen, then 35 finalists who interviewed in March with a four-person selection committee comprised of distinguished Arizona leaders. From there, 20 scholars were ultimately chosen.

The 2021 class is set to pursue a variety of areas of study as named in their applications, including computer systems engineering, biochemistry, English literature, finance, chemical engineering, economics, astrophysics and nursing. Evan Chaparro will major in chemical engineering at ASU as a 2021 Flinn Scholar. Photo courtesy of Evan Chaparro

Kidd will be pursuing business law at ASU’s W. P. Carey School of Business, with her eye on education reform.

“One of my personal passions is education reform, so I’m looking forward to exploring both a prelaw track, to see how policy can affect education, as well as the nonprofit/business side of things, to see how products and marketing can help spur reform,” she said.

Kidd expects these interests would be well suited for exploration at one of ASU’s interdisciplinary or entrepreneurial entities, such as The Luminosity Lab or Changemaker Central, which also factored into her decision to attend the university.

While most of this year’s Flinn Scholars come from the Phoenix and Tucson areas, two hail from Casa Grande, and one each from Chinle, Page, Rio Rico, Yuma and Kidd’s hometown, Dewey-Humboldt. Six high schools have two finalists each: BASIS Ahwatukee in Phoenix, BASIS Phoenix, Gilbert Classical Academy, Pinnacle High School in Phoenix, Tempe High School and University High School in Tucson.

The typical Flinn Scholar achieves at least a 3.5 grade-point average, ranks in the top 5% of his or her class and demonstrates exceptional leadership in extracurricular activities. Kidd is no exception, having spent her high school career taking every AP class available, serving as president of the math honors society, founding a political education and activism club and playing basketball and tennis when time allowed.

Now, she’s looking forward to finding her place in a group of like-minded individuals among ASU’s Flinn Scholars.

“I’m extremely excited to be a part of the Flinn community,” she said. “It’s really just a dream come true.”