Modern humans are the world’s apex predator. For tens of thousands of years, deep into the Stone Age, humans hunted and killed the largest animals on land and sea. How? By combining a sharp stone flake, called a point, with a shaft, humans developed complex hunting weapons. Archaeologists eagerly search for these points in their excavations to better understand when humans became the world’s dominant predator and how those projectiles evolved over time.

Frustratingly, these points are rare in the caves and rock-shelters where archaeologists have focused their digs. This rarity has led some to suggest that projectile weapons were not often used during time periods when we only have a few specimens in archaeological sites from around 500,000 to 40,000 years ago. New research led by Arizona State University researchers Claudine Gravel-Miguel and John K. Murray published in the Journal of Human Evolution uses an agent-based model and indicates that this conclusion may be too simplistic. The model demonstrates that most projectile weapons, as by the nature of their use, were likely lost across the landscape and only a few were discarded at the habitation camps that are most commonly excavated. 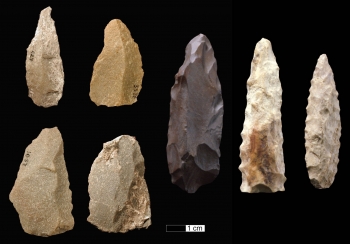 The research idea began when coauthor Curtis W. Marean questioned why the number of projectile points is often low in archaeological sites. Marean is associate director of the Institute of Human Origins and Foundation Professor in the School of Human Evolution and Social Change.

“The archaeological record is not made of behavior, but rather discarded materials,” said Marean. “The number of stone points that could have been used as projectiles fluctuates at archaeological sites, making it difficult to define when this technology was first widely adopted.”

To explore this question, the team modified a computer model already used to study the foraging potential of the south cape coast of South Africa.

“The model already had foragers collecting plants, shellfish and hunting mammals on a landscape simulating the cape environment of the past,” said Gravel-Miguel, a postdoctoral researcher with the Institute of Human Origins. “To this model, we added projectile weapons — we gave each hunter a set of weapons for hunting and added code to record where the used projectiles were discarded on the landscape.”

The results of the model show that, on average, only about 5% to 10% of the used projectiles get discarded at habitation camps, such as caves, that would likely be excavated. The remaining 90% to 95% of used projectiles are typically lost or discarded at hunting sites that have a low archaeological visibility and, therefore, are unlikely to be documented.

“Agent-based models are increasingly popular tools to explore multiple questions about the past, including how complex behavior is reflected in the archaeological record,” Marean said.

In this case, the model focuses on hunters who use projectile weapons and discard them in different locations based on what happens during the hunt. A projectile that breaks because it came in contact with a tree or rock is discarded on the spot, but a projectile embedded in the flesh of the animal can be brought back to be discarded at the habitation camp. Foragers move their camps to optimize the resources they can collect easily, which affects where projectile weapons are discarded. Over months of simulated days, the discarded projectile weapons accumulate to create spatial assemblages that can be studied like an archaeological record — but without the sampling biases or preservation problems that are common in archaeology. 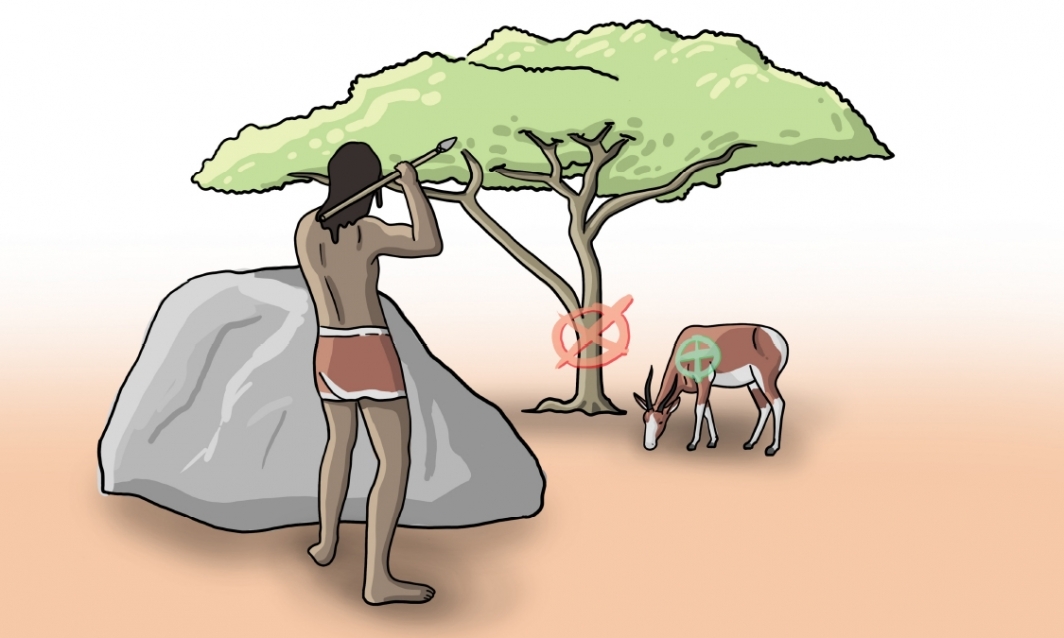 Ancient hunters using stone points would discard them in the landscape — in a tree or underbrush or via missed throws. 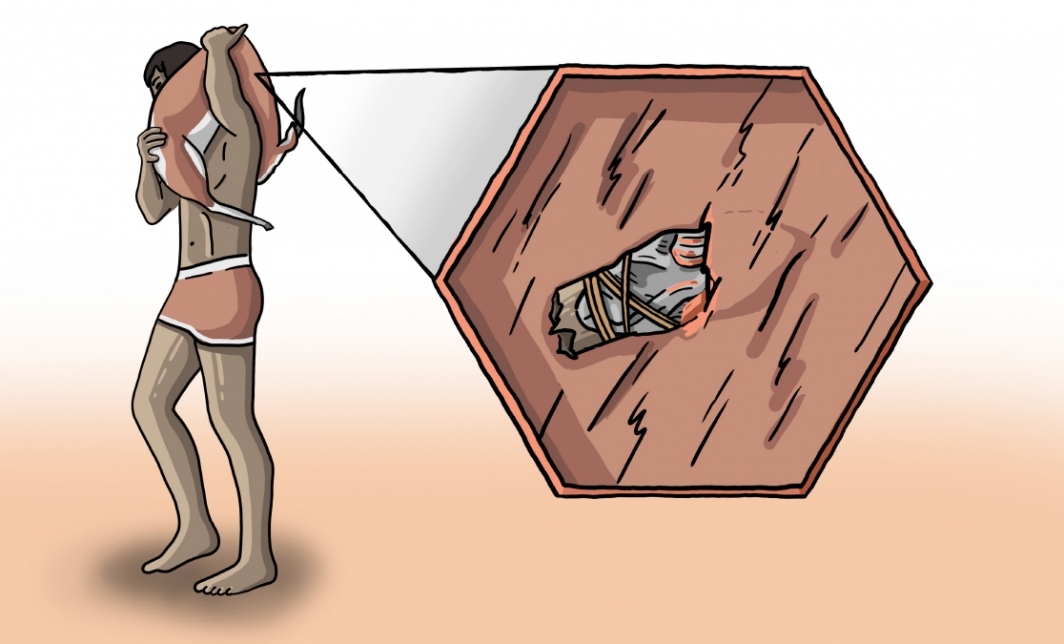 Some stone points would return embedded in the day's hunt. 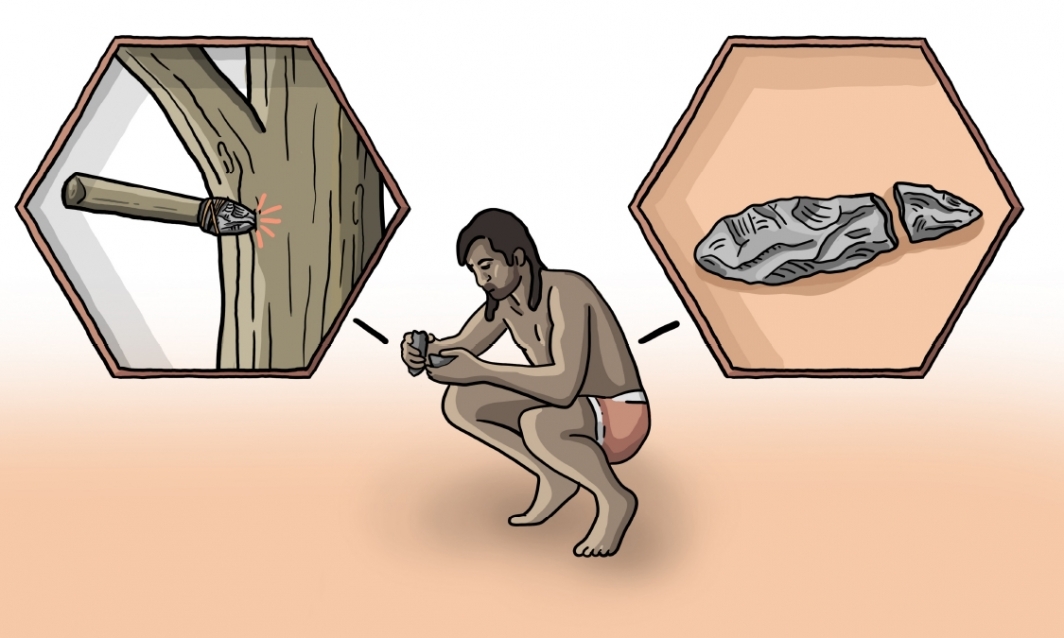 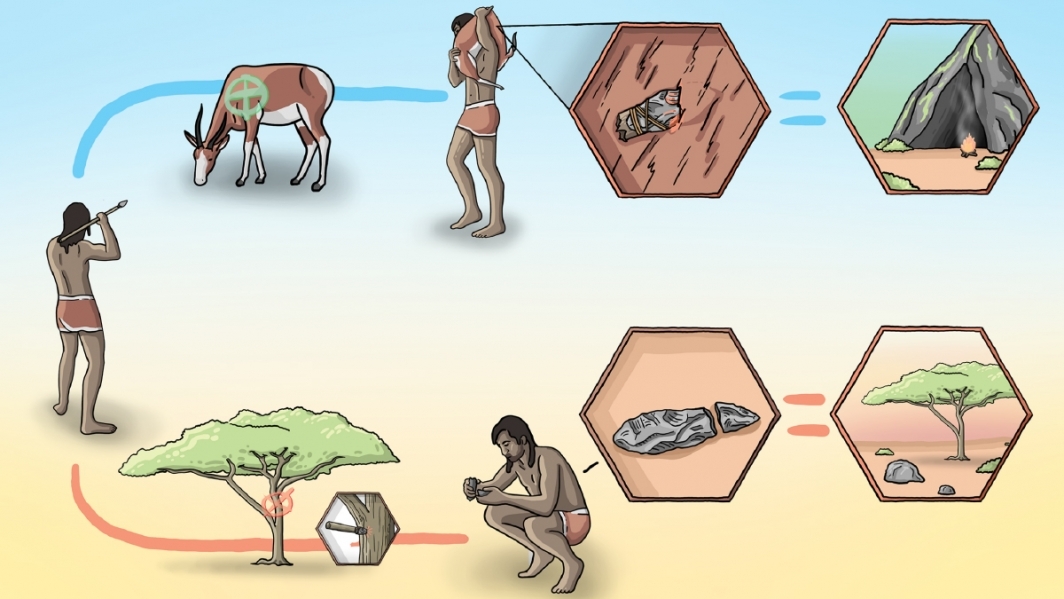 Stone points were widely distributed in the ancient landscape from a variety of causes and uses. 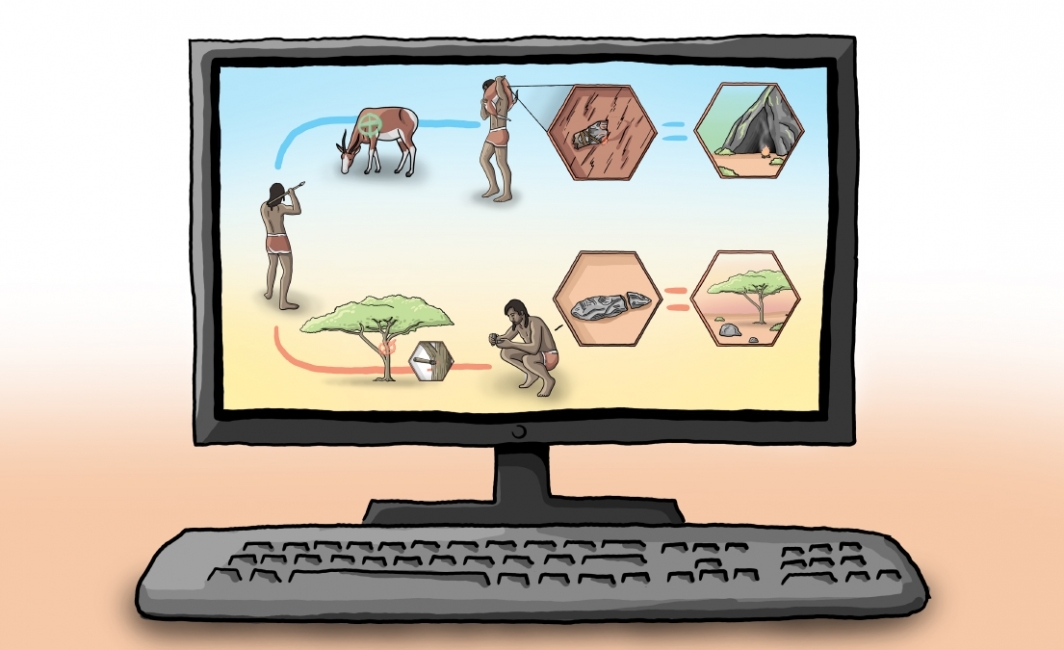 Archaeologists created a computer model to test ideas of how stone points may have been used and discarded in the landscape.

The team, which includes ASU doctoral graduate Benjamin Schoville, now at University of Queensland (Australia), and former Institute of Human Origins postdoctoral researcher Colin Wren, now at University of Colorado, Coloardo Springs, ran over 2,400 simulations using different population sizes, levels of tool reuse and rates of projectile hunting and compared the number of projectiles discarded at camps with those lost at hunting locations.

The model showed that the majority of projectile tools are consistently lost during hunting and that only a few tools are discarded at habitation camps, which are locations that would likely accumulate enough other artifacts to be archaeologically visible.

The earliest documented instance of a projectile weapon dates to around 500,000 years ago from the site of Kathu Pan in South Africa. While to date, it is the only instance of such technology we have for that time, the results of the model suggests that the rare Kathu Pan projectiles might indicate that projectile weapons were already used somewhat regularly at that time.

“As the use of projectile technology is associated with foresight, planning, improved hunting success and an expanded ecological niche, this suggests that, as early as a half million years ago, our ancestors may have evolved some important modern traits,” said Murray, a doctoral student in the School of Human Evolution and Social Change.

Archaeological sites on the far southern shores of South Africa hold the world’s richest records for the behavioral and cultural origins of our species. At this location, scientists have discovered the earliest evidence for symbolic behavior, complex pyrotechnology, projectile weapons and the first use of foods from the sea.The Institute of Human Origins' field study site at Pinnacle Point sits...

Archaeological sites on the far southern shores of South Africa hold the world’s richest records for the behavioral and cultural origins of our species. At this location, scientists have discovered the earliest evidence for symbolic behavior, complex pyrotechnology, projectile weapons and the first use of foods from the sea.

The Institute of Human Origins' field study site at Pinnacle Point sits at the center of this record, both geographically and scientifically, having contributed much of the evidence for these milestones on the evolutionary road to being a modern human.

Looking out at the Palaeo-Agulhas Plain from the cave entrance at the Pinnacle Point research site, (left) 200,000 years ago during glacial phases and lower sea levels, and (right) today where the ocean is within yards of the cave entrances at high tides. Image by Erich Fisher.

The scientists working on these sites, led by institute Associate Director Curtis Marean, have always faced a dilemma in understanding the context of these evolutionary milestones — much of the landscape used by these ancient people is now submerged undersea and thus poorly known to us.

Marean is a Foundation Professor with the School of Human Evolution and Social Change and Honorary Professor with Nelson Mandela University in South Africa.

The archaeological records come from caves and rockshelters that now look out on to the sea, and in fact, walking to many of the sites today involves dodging high tides and waves. However, through most of the last 200,000 years, lowered sea levels during glacial phases, when the ice sucks up the water, exposed a vast plain. The coast was sometimes as much as 90 kilometers distant. Our archaeological data shows that this was the prime foraging habitat for these early modern humans that, until recently, we knew nothing about.

That has now changed with the publication of 22 articles in a special issue of Quaternary Science Reviews titled “The Palaeo-Agulhas Plain: A lost world and extinct ecosystem.” About 10 years ago, Marean began building a transdisciplinary international team to tackle the problem of building an ecology of this ancient landscape. ASU, Nelson Mandela University, the University of Cape Town and the University of California, Riverside anchored the research team. Funded primarily by a $1 million National Science Foundation grant to Marean, with significant funding and resources from the Hyde Family Foundations, the John Templeton Foundation, ASU, the Institute of Human Origins and XSEDE, they developed an entirely new way to reconstruct “paleoecologies” or ancient ecosystems.

This began with using the high-resolution South African regional climate model — running on U.S. and South African supercomputers — to simulate glacial climate conditions. The researchers used this climate output to drive a new vegetation model developed by project scientists to recreate the vegetation on this paleoscape. They then used a wide variety of studies such as marine geophysics, deep-water diving for sample collection, isotopic studies of stalagmites and many other transdisciplinary avenues of research to validate and adjust this model output.

They also created a human “agent-based model” through modern studies of human foraging of plants, animals and seafoods, simulating how ancient people lived on this now extinct paleoscape.

“Pulling the threads of all this research into one special issue illustrates all of this science,” Marean said. “It represents a unique example of a truly transdisciplinary paleoscience effort and a new model for going forward with our search to recreate the nature of past ecosystems. Importantly, our results help us understand why the archaeological records from these South African sites consistently reveal early and complex levels of human behavior and culture.

"The Palaeo-Agulhas Plain, when exposed, was a ‘Serengeti of the South’ positioned next to some of the richest coastlines in the world. This unique confluence of food from the land and sea cultivated the complex cultures revealed by the archaeology and provided safe harbor for humans during the glacial cycles that revealed that plain and made much of the rest of the world unwelcoming to human life.” 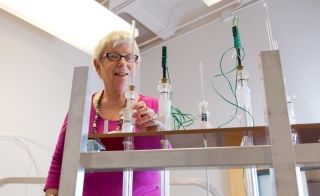 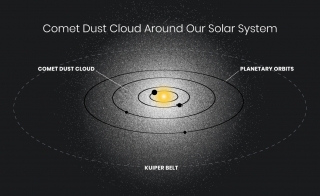 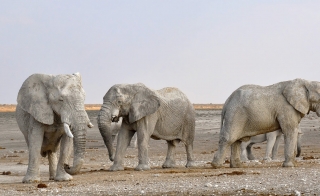 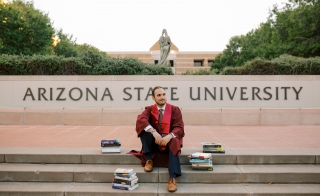 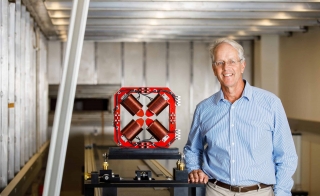 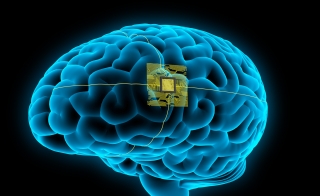