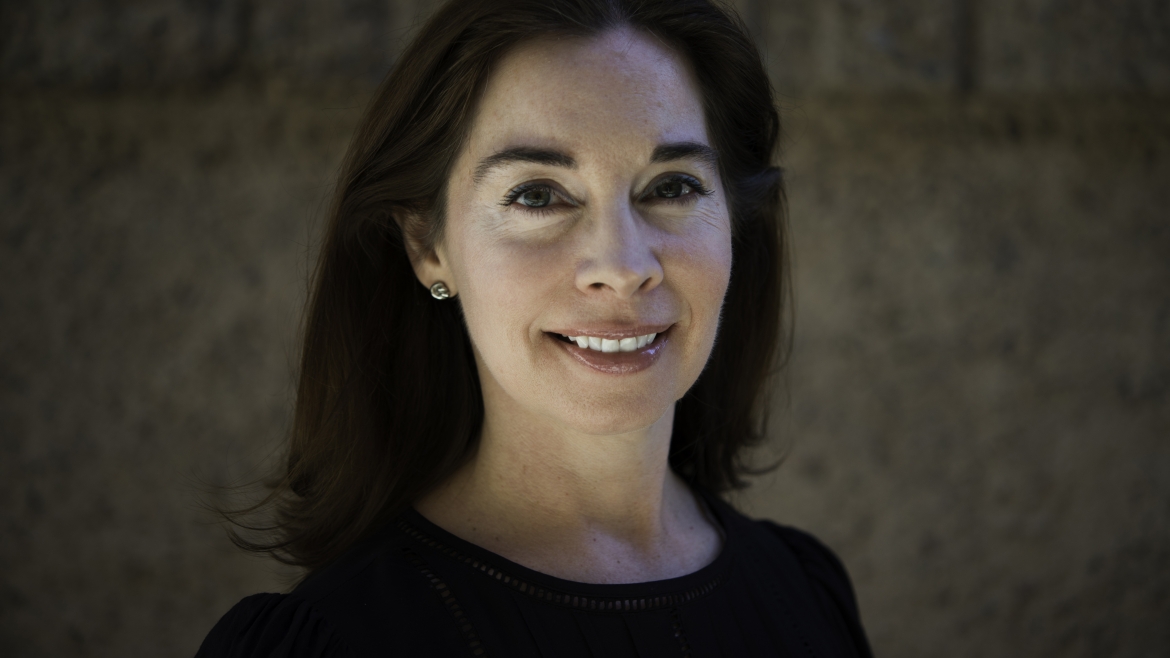 When Joanna Grabski took over as director of the School of Art at Arizona State University, she increased enrollment 20%, rebranded it as a globally oriented school for the 21st century, established several interdisciplinary and cross-program collaborations, increased access to the arts for an expanded community of learners, and designed new programs and initiatives to leverage ASU’s No. 1 ranking in innovation as well as its commitment to justice, equity, diversity and inclusion.

Now Grabski has been named the next dean for the College of Integrative Science and Arts, ASU’s fourth-largest college. It’s home to more than 6,300 undergraduate majors at ASU’s Polytechnic, Downtown Phoenix and Tempe campuses as well as the Lake Havasu location and ASU Online, with more than 200 graduate students and more than 350 faculty.

It’s a springboard from community colleges into the university system and a landing pad for returning adults who want to complete their degrees. The college’s degrees integrate applied learning, creativity and theory and include specialty fields such as technical communication and user experience, sustainable horticulture, natural resource ecology, preveterinary medicine and counseling psychology.

With a doctorate in art history and African studies from Indiana University, Grabski has applied sustained participatory ethnographic practices and interviews in studying African artists for more than two decades. This work includes two books, numerous articles, curated exhibitions and a feature length documentary film about the narratives around a secondhand goods market in Dakar, Senegal. Her work has been supported by several fellowships, grants and awards, including from the Andrew W. Mellon Foundation.

She begins her new position July 1. ASU News sat down with her to discuss her new role and what she hopes to accomplish.

Question: You are stepping into a different role from what you've done before. How do you feel about that?

Answer: I am incredibly excited and very honored to have the opportunity to lead the college and to continue contributing to ASU. I'm absolutely thrilled — over the moon actually.

Q: What direction do you want to take the College of Integrative Sciences and Arts?

A: The critical thing will be for me to get a better understanding of the landscape and all the contributions that Dean (Duane) Roen put in place. I understand that he's had great success with building a community, serving students, building out online programs and igniting new programs, basically. I need to get a sense of all that he's accomplished. I'd like to build on those successes of course, and then really optimize the way that CISA can be a connector. A couple of the features that really strike me — that I think really compelled me to apply for the job — are the uniqueness of CISA’s position across campuses. They're really important in terms of being a portal of entry for community college students and for accessing educational pathways for students coming from LA. So there's a lot happening that sounds like we can optimize it and really increase the impacts. The idea of many points of entry is really interesting. The ability to be a connector is really interesting across programs.

Q: What else was of interest to you at the college?

A: Another thing that was really of interest to me was the idea of them being a hub for experiential and applied learning. I see that as absolutely critical to President (Michael) Crow's vision of building out the economy here, in creating a workforce. So that was a big factor in my enthusiasm. They have a number of applied degree programs. So I'm very interested in finding ways to build those out to continue to maximize the impacts, and then also find ways for students to get internships that lead to jobs so they can have wonderful lives and contribute to the economy. So that's really exciting to me.

Top image: The next dean of the College of Integrative Sciences and Arts, Joanna Grabski. Photo courtesy Ryan Parra

What parents want for their children’s education

Obtaining a college degree is a wonderful achievement and a life-changing event, but parents want more for their children than just landing a well-paying job, Arizona State University President Michael M. Crow said April 7 in a nationally attended livestream event for educators and policymakers.“I have three children and five grandchildren and my wife would agree with me that I want them to have... 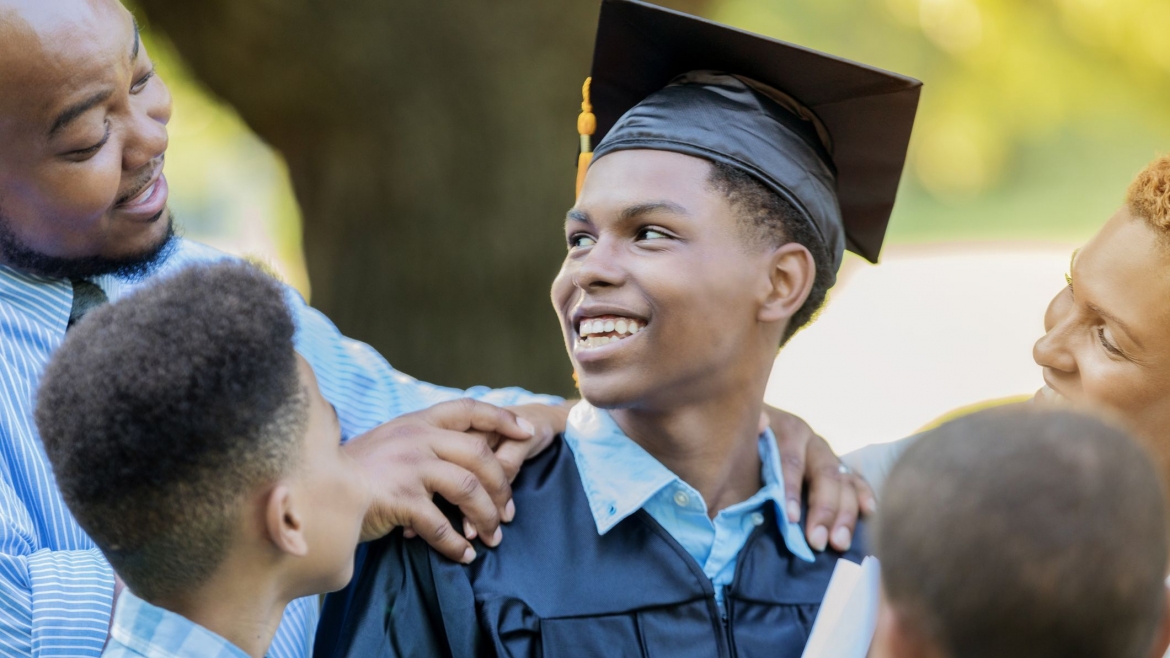 What parents want for their children’s education

Obtaining a college degree is a wonderful achievement and a life-changing event, but parents want more for their children than just landing a well-paying job, Arizona State University President Michael M. Crow said April 7 in a nationally attended livestream event for educators and policymakers.

“I have three children and five grandchildren and my wife would agree with me that I want them to have no limits to their opportunity. And I want them to not have gone through some of the stuff I’ve gone through,” Crow said, addressing a group of approximately 500 academics; federal, state and local policymakers; members of education NGOs and think tanks; and a variety of working professionals. “Parents want their children to be economically successful and they want their children to have a good life. That’s what they really want.”

Crow was the featured guest speaker in a virtual event titled “Family Voices: Building Pathways From Learning to Meaningful Work,” hosted by the Carnegie Corporation of New York and Gallup. The one-hour web discussion explored the Carnegie Corporation of New York’s Family Voice study and the core issues of pathways, barriers to aspirations and what parents want their children's postsecondary education to include. President Michael Crow speaks with Mohamed Younis, editor-in-chief at Gallup, about research on American parents and their educational/vocational aspirations for their high-school students, in a webcast discussion, Wednesday, April 7, 2021, titled “Family Voices: Building Pathways From Learning to Meaningful Work.”

The presentation started with the results of a recent Carnegie Corporation of New York/Gallup public opinon poll of approximately 3,000 parents who were interviewed Nov. 8–Dec. 9, 2020. They were asked what they most hoped their child would do when they graduated from high school.

Younis said based on the results, parents can be divided into two fairly equal-size groups: Those who said they want their child to attend a four-year college, and those who would prefer their child do something else, such as learning a trade or joining the military. Mostly, they wanted to see more postsecondary options available to their child as well as increased opportunities to connect learning and work.

Crow believes much of the problem has to do with education itself and that the country’s university model needs to be as “democratically driven as possible.”

Crow said ASU students are given a personalized navigation solution that tracks their academic progress and plans their individual pathway toward a degree, providing seamless journeys from college into meaningful employment. However, there are still knowledge and information gaps for parents and family members regarding academic institutions, financial aid and pathways to employment. That too needs to be addressed, he said.

“All of that comes from thinking of higher education as a scarce commodity as opposed to an abundant commodity,” Crow said. “We’re using technology as our mechanism to empower abundance.”

Crow said learners come from all walks of life and want different things for themselves, and that universities should become less one-dimensional and more practical when it comes to preparing students for careers.

“We shouldn’t care where someone starts. Do they want to go into the military? Great. Let’s help them to be able to do that,” Crow said. “Do they want to become a carpenter or electrical worker? Great, let’s make that happen. What we don’t realize is that every one of those people, whether you go to college or whether you go to work right away are going to need learning now and going forward in this phase of our economic evolution … We need a whole new logic relative to education.”

“I love the way he (Crow) positioned this as a design challenge and that if we are going forward, there is a need for a new logic,” Shrinivasan said. “That’s exactly what our thinking is.”