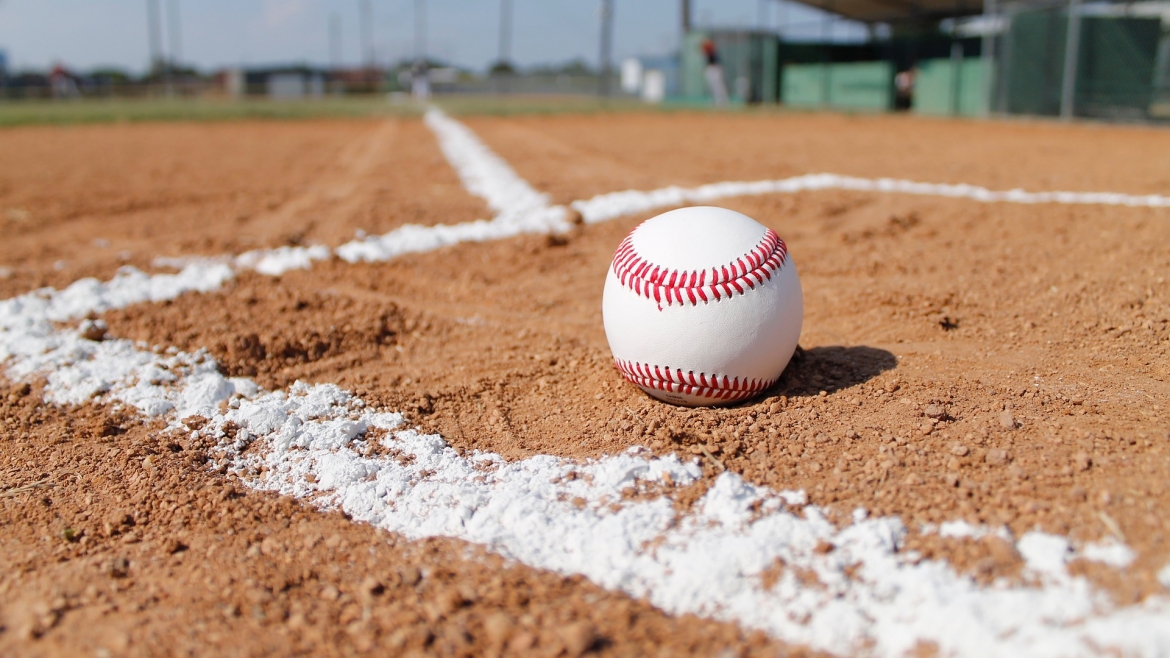 One year ago, the looming COVID-19 pandemic cut short Major League Baseball's spring training. The cancellation of the season on March 12, 2020, wasn’t just a disappointment for the many fans who visit Arizona to enjoy baseball. It also interrupted an important opportunity for several Arizona State University students who worked at the stadiums to get career experience.

This year, spring training is back. Many things are different — fewer fans, more safety protocols — but the players are still on the field, and ASU students are again getting the chance to learn professional skills in the sports world.

Sam Pearson, a senior with a double major in sports business and business management, would like a career in baseball operations, and for the past two years he has worked for the Oakland A's at Hohokam Stadium in Mesa as an operations coordinator. He helps to set up the stadium before the game and makes sure that fans have a positive experience.

“I resolve fan issues, and I’m always walking around to make sure everything is going smoothly,” he said.

“Last year, the season was flowing nicely and we were just about to get into our peak in terms of attendance, weather and our best games. Then everything stopped.”

“It’s still fun and people are excited, but there’s not as much of a social aspect with everyone spread out,” he said. “But the team has done a great job of bringing everyone back safely.”

Pearson was one of many students who saw their internships evaporate as the pandemic endured into the summer last year. He had an internship with the Arizona Diamondbacks at the same time he worked spring training. His internship was canceled when Major League Baseball decided to have a condensed season without fans.

“The team had to offset that revenue loss somewhere,” he said.

Many of the students who work at spring training are majoring in sports business or sports journalism. Last year, besides spring training, the NCAA college basketball tournament was canceled and the NBA, NHL and MLB seasons were paused. The sports shutdown played havoc with student internships, according to Elana Kutz, director of student experience and external relations for ASU’s sports business undergraduate degree program at the W. P. Carey School of Business.

“I don’t know of anyone who had a normal in-person summer internship experience last year,” she said.

“It was sad, because our hope is that our students will graduate with work experience on their resume, which helps them to figure out career-wise what they want to do.”

With continued uncertainty, many students found out about spring training opportunities at the last minute this year.

Students seek out spring training jobs because they love sports.

Jared Holmen works on marketing and promotions at Surprise Stadium. He’ll do things like find the young fan who gets to yell “Play Ball!” and take a video of them for the big screen, compile all the promotions for the announcer, and pick out fans for contests.

“I love it and it’s definitely what I want to be doing, so it’s not even like work for me,” said Holmen, a sports business major who also works for the Phoenix Rising soccer team.

“The fans will say, ‘This sucks, but I’m glad you’re doing it safely so there’s some sense of normalcy.’”

Nathan Hall, a junior majoring in sports business and business law, has seen firsthand the effects of the decreased number of fans. This is his second year working at Scottsdale Stadium for Fanatics, the company that sells team merchandise.

“Last year, it was crazy. We would set up the main store and once the game started, it was crazy to see the amount of people there and how packed it was all the time,” said Hall, who wants to work in college athletics.

On March 12, 2020, he was putting shirts into bins when his phone got a notification that MLB had canceled spring training.

“We stood there for a minute and then finished what we were doing, and they sent us home early,” he said. He never went back.

This year, Hall found out a few weeks before spring training started that he still had the job.

“This season it’s quiet and there’s nobody here. I’ve sold to three or four people in my five-hour shift.”

This year marks the 10th anniversary of covering spring training for students in the Walter Cronkite School of Journalism and Mass Communication, according to Brett Kurland, director of sports programs for the school and a professor of practice.

Students in the Cronkite News Phoenix Sports Bureau write stories that appear in major publications such as the Kansas City Star, Baseball America and the Denver Post.

“Spring training coverage is one of the wonderful and unique things we offer at Cronkite, and in terms of our sports program, it’s the flagship,” Kurland said.

The experience for journalism students is very different in 2021. In previous years, students had wide access to players in the clubhouse at the stadiums.

“Now, like everything else, it’s very locked down. The press conferences are on Zoom and for the most part are very coordinated — usually it’s the manager and a player or two,” he said. “A very small amount of media has access to the facility.”

One of the lucky few to get access to the stadiums is Jacob Rudner, who works two days a week as a freelancer covering the San Francisco Giants and Oakland Athletics for the San Jose Mercury News. He’s majoring in sports journalism.

“I’m still doing the Zoom press conference from the press box, but it’s an advantage to be at the game,” he said. “I think the value of observing it in person is huge. For example, if a player gets a base hit, I can contextualize what that’s like and I can be the eyes for the people I’m writing for.”

All of the journalists are having to make the best of the situation, Rudner said.

“There’s always a story to tell; it’s just how you get it. And people are learning many different ways to do that,” he said.

The cancellation of spring training in 2020 was especially weird for Cronkite Sports Bureau students because they agree to work through spring break to cover games. Last year, the university announced during the break that instead of returning to campus, students would attend class remotely.

“Our students were probably the last students on campus because everyone else was already home,” Kurland said.

“But they rolled with it. They continued to produce content the rest of the semester, like every other news outlet. We all had to adjust.”

Kurland has worked with Paola Boivin, digital director of the Cronkite News Phoenix Sports Bureau, over the past year to adapt the experience so students can continue to acquire career skills.

That has required some creativity.

“One of the big things is to go hard on the social media accounts of players and managers,” Boivin said. “We found that those accounts reveal more of their personalities, whether they love wine tasting or have a goat farm. It’s things they don’t often talk about in the clubhouse.”

Gareth Kwok, a junior majoring in sports journalism, has been covering spring training virtually this month.

“It’s been odd and definitely not ideal in regard to how I envisioned it,” he said.

“Before the pandemic I saw my older classmates go to the spring training facilities and get a taste of the ballparks and see the players up close. And I’ve been doing interviews off Zoom. But it’s been a good lesson to figure out how to adapt to the situation.”

Kwok does get to see some baseball in person because he does play-by-play announcing of the ASU games for the Pac-12 Network.

“We work at Phoenix Municipal Stadium, and we’re all masked up and have our own little booth,” said Kwok, who would like a career as a play-by-play broadcaster for a baseball team.

“There are some fans allowed but the majority can’t go, so it’s fun to call the games for those who watch at home.”

Kwok hopes for another chance at spring training in 2022.

“My hope is we’ll get everyone vaccinated and we can forget about COVID by next year,” he said.

“I’ll definitely do the sports bureau again so I can go to the stadiums and interview the players in person and not just off the computer.”

Maddi Hackbarth furthered her lead in the Pac-12 Conference home run race with 12 so far on the season. ... Maddi Hackbarth furthered her lead in the Pac-12 Conference home run race with 12 so far on the season.