This fall, Arizona State University’s Department of English and Arizona Center for Medieval and Renaissance Studies will welcome five new faculty members who will work toward the center’s mission of enabling and promoting the most expansive, creative and daring scholarship in medieval and renaissance studies.

This hiring initiative was led by Ayanna Thompson, director of the center and a Regents Professor in the Department of English, in an effort to elevate scholars of color working on issues of race in premodern studies. 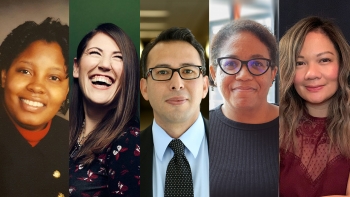 “With the five BIPOC (Black, Indigenous and people of color) scholars joining our seven other early modernists, ASU will have the strongest Shakespeare program in the country,” Thompson said.

“The university’s investment in early modern studies is groundbreaking, and it will put ASU’s Department of English and the Arizona Center for Medieval and Renaissance Studies at the forefront of Shakespeare studies.

"The scholars in the cluster hire are remarkably impressive teachers, scholars and community members. The ASU community will be enriched by their inclusion.”

Meet the new faculty members of the Department of English and the Arizona Center for Medieval and Renaissance Studies: Adams' interests lie at the intersection of book history, history of reading, early modern English drama, premodern critical race studies and gender along with modern editorial practices of early English drama. She is also interested in the early history of artificial intelligence, early modern automata and how studying literature can have a significant and positive impact on computing.

In her work in early modern and Renaissance studies and literature, she presents a history of reading and books as told through early plays published in England during the 16th and 17th centuries. Using critical race theory, Barksdale-Shaw teaches her students how to read law, literature, culture and race as they critique narratives of justice domestically and globally. 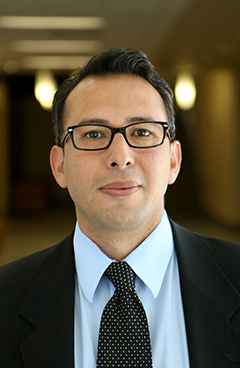 Ruben Espinosa, associate professor and associate director of the Arizona Center for Medieval and Renaissance Studies

He is the author of “Masculinity and Marian Efficacy in Shakespeare’s England” and the co-editor of “Shakespeare and Immigration.”

In addition to the books he has written, he has also published numerous essays and articles, and he serves on the editorial boards of Shakespeare Quarterly, Exemplaria: Medieval Early Modern Theory and Palgrave’s Early Modern Cultural Studies series. In 2018, he was elected to the Shakespeare Association of America’s board of trustees. 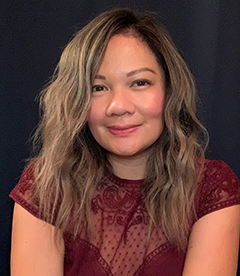 She is currently a graduate student at the University of California, Riverside and will defend her dissertation, “Early Modern England and Race-making,” this spring.

She is the founder and director of Race and the Premodern Period Speaker Series at UC Riverside.

This fall she will teach a class on Shakespeare alongside Jonathan Hope, director of literature and professor in the Department of English.

She joins ASU as a two-year postdoctoral fellow in the Department of English. Sayet is a member of the Mohegan Tribe in Connecticut, where she was raised on a combination of traditional Mohegan stories and Shakespeare — both of which have influenced her work as a stage director of new plays, classics and opera.

For her work as a director, writer and performer she has been honored as a Forbes 30 Under 30, TED Fellow, MIT Media Lab Director’s Fellow, National Directing Fellow, Native American 40 Under 40 and a recipient of The White House Champion of Change Award from President Barack Obama.

Prior to ASU she served as the executive director of the Yale Indigenous Performing Arts Program. Sayet received a bachelor’s degree in drama from the New York University Tisch School of the Arts, a master’s degree in arts politics and postcolonial theory from New York University's Gallatin School of Individualized Study and a master’s degree in Shakespeare and creativity from The Shakespeare Institute. She joins ASU as a clinical assistant professor in the Department of English.