In honor of International Women’s Day, a global celebration of the achievements of women, the ASU Alumni Association is highlighting four successful Sun Devil businesswomen.

On March 3, Latasha Causey will moderate Sun Devil Stories: Women in Business, featuring panelists Joya Kizer, Crystal Patriarche and Lisa VanBockern. The three panelists are Sun Devil 100 honorees, which designates them as owners or leaders of the fastest growing ASU-led businesses across the country. At this virtual event, these entrepreneurial alums will be sharing stories, knowledge and advice on navigating a successful career. 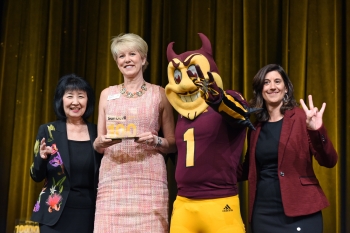 Lisa VanBockern, one of the three panelists for Sun Devil Stories: Women in Business, is a Sun Devil 100 honoree for her business Skin Script. Download Full Image

Latasha Causey, an interdisciplinary studies alumna, knows exactly what it takes to be a successful businesswoman and leader in her community. Causey is currently the vice president of human resources for the south region of Bell Bank and has over 20 years of experience in recruiting and human resources. She also has held leadership roles at U-Haul, USAA’s North Phoenix campus, Charles Schwab and Wells Fargo. Her leadership extends beyond her career in human resources — she serves on the board of directors for the ASU Alumni Association, Teach for America of Arizona and the Valley of the Sun United Way. She was awarded an Outstanding Woman in Business by the Phoenix Business Journal in 2018.

President and CEO of CASA Unlimited Enterprises Joya Kizer, a zoology alumna, is a prominent community leader. CASA Unlimited, a family-owned airport concession business, was founded in 1989 by her mother, Yolanda Collazos Kizer. Kizer succeeds her entrepreneurial mother as president of the company, but has held various roles throughout her 20 years at CASA — from accounts payable clerk to buyer to general operations manager. Her degree in zoology may seem like an unlikely transition to business, but she shared that her background in science has benefitted her greatly.

"Identifying patterns, making connections, problem solving have been instrumental to my success in business," she said.

Kizer's skills in these areas have influenced how she views tools like operational systems, as well as data and reports.

Along with being a Sun Devil 100 recipient, she was also recognized as one of the 40 Hispanic Leaders under 40 by Univision and Valle del Sol. Kizer is motivated to help women feel supported and expose them to resources that can benefit entrepreneurs.

"Forums such as these allow us to network, tell of our own successes, trials, and tribulations, as well as share best practices," she said. "It’s a privilege to be asked to contribute my story."

For Lisa VanBockern, a computer information systems and accountancy alumna, starting her own skin care company was a leap of faith. After graduating from ASU, she worked for Ernst & Young Consulting to help global companies implement databases. After pursuing a steady career in corporate America for several years, she decided to return to her childhood passion of aesthetics.

“It didn’t take me long to see an opportunity in the aesthetic industry for a professional skin care company,” she said.

VanBockern worked with seven colleagues and a cosmetic chemist to create Skin Script, which now has been operating for 14 years and is sold to over 25,000 aestheticians, spas, salons and resorts.

Crystal Patriarche, a journalism alumna, began her public relations career leading strategies for Fortune 500 and startup software and technology companies, such as Microsoft, Sony and LSI Logic. After being involved in the engineering and technology industries, she transitioned to freelancing and eventually starting her own PR agency, SparkPoint Studio. The agency has evolved into a multimedia company that offers public relations for authors and publishing services. Patriarche says that she has learned how to be a successful businesswoman from mentors and leaders throughout her life. 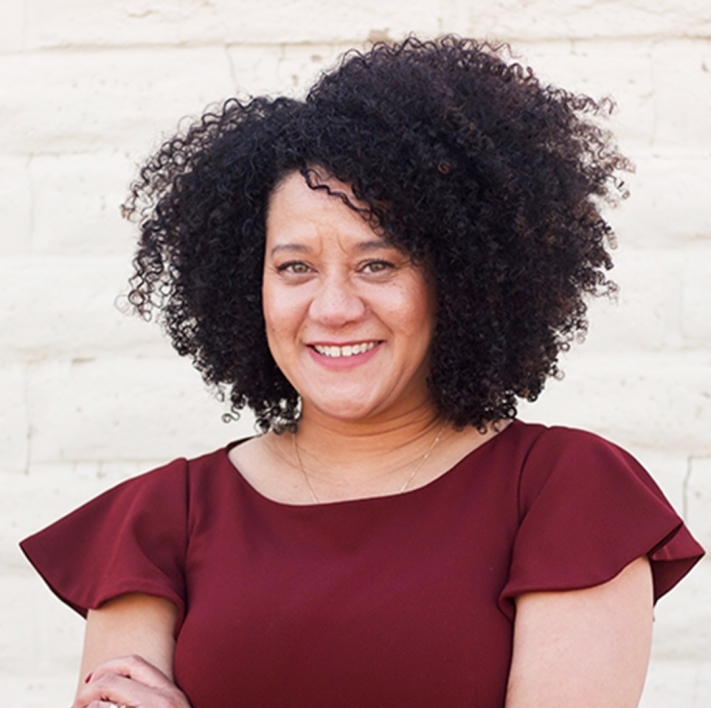 The Sun Devil women's basketball team begins postseason play on Wednesday (2 p.m. PT/3 p.m. MT) when it faces USC in the first round of the Pac-12 Tournament taking place at the Michelob ULTRA Arena in Las Vegas, Nev. ... The Sun Devil women's basketball team begins postseason play on Wednesday (2 p.m. PT/3 p.m. MT) when it faces USC in the first round of the Pac-12 Tournament taking place at the Michelob ULTRA Arena in Las Vegas, Nev.