ASU students from underrepresented communities to benefit from Schwab scholarship

“Diversity and inclusion are inherent to the DNA of ASU, and we’re very happy to receive support from the Charles Schwab Foundation to continue the important work of drawing finance majors from all backgrounds to the business school,” said Amy Ostrom, interim dean of the W. P. Carey School of Business and PetSmart Chair in Services Leadership. “Diversity builds a healthy, vibrant community and is crucial for developing innovative solutions and effective change.” 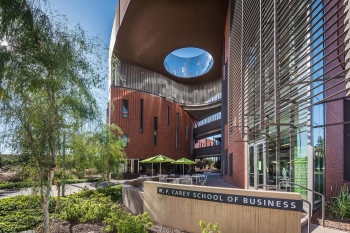 Underrepresented students at W. P. Carey are eligible to apply for approximately $10,000 a year in scholarship funds. In addition to the two-year scholarship, recipients will be invited to apply for and participate in an internship at Schwab, which could help inspire a future career in finance. In addition to the direct benefits to the scholarship recipients, the program will also assist ASU in enhancing its student diversity for the benefit of the entire student body.

“We believe programs like our scholarship endowment can make a meaningful impact by creating educational opportunities, which can help break down barriers and open new possibilities,” said Carrie Schwab-Pomerantz, president of Charles Schwab Foundation and senior vice president of Charles Schwab & Co. “Schwab was founded on the belief that our industry should be more inclusive, and that starts with providing encouragement and support to more underrepresented students as they explore college majors, including financial planning.”

In addition to financial support, the program will make voluntary mentorship and professional development opportunities available to help prepare the scholarship recipients for a successful career in financial services.

“In working closely with universities near our employment centers, we believe we can help open new possibilities through financial assistance, mentorship, professional development and industry experience,” Schwab-Pomerantz said.

Inside the Aztec empire: ASU professor's book offers a tour of an ancient civilization

It’s the year 1500. A buyer and a seller are haggling in the massive Aztec marketplace of Tlatelolco, over chiles, cacao beans or copal incense perhaps. It’s getting heated.“Swallow-mouthed!” (Such a chatterer!)“Have you become a wild bee?” (So puffed up.)“Where is the sorcerer?” (Are you trying to stiff me?)“Is it your real nose?” (Honestly?)Welcome to "Everyday Life in the Az... 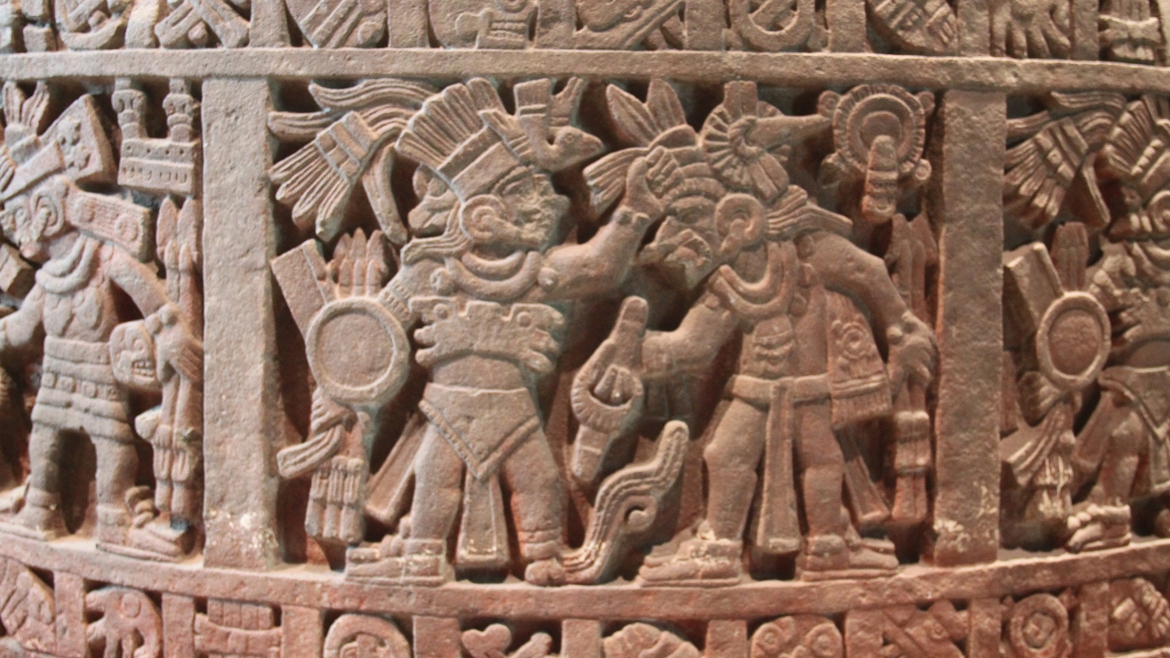 It’s the year 1500. A buyer and a seller are haggling in the massive Aztec marketplace of Tlatelolco, over chiles, cacao beans or copal incense perhaps. It’s getting heated.

“Where is the sorcerer?” (Are you trying to stiff me?)

Welcome to "Everyday Life in the Aztec World," a new book co-authored by archaeologist Michael Smith, a professor in Arizona State University’s School of Human Evolution and Social Change.

Incredibly vivid and detailed, the book takes readers on a tour of one of Mesoamerica’s greatest civilizations through the daily lives of six people – the emperor, a priest, a featherworker, a merchant, a farmer and a slave – and four events – the birth of a child, a market day, a day in court and a battle. 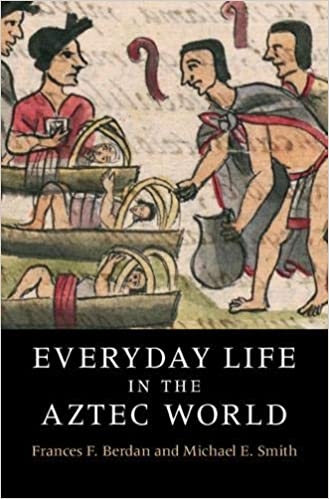 The book is like a trip back through time with two expert guides. Interspersed throughout the chapters are fictional vignettes like the haggling at the market, a frantic novice priest who finds himself short of human sacrifices on the eve of an important ceremony, a slave who has been slacking off weaving and learns her owners are considering selling her to the priests, and an ambitious farmer who may have bitten off more than he can chew.

But it’s not exactly fiction. Every single detail and fact is real.

Smith has worked in Mexico for decades and directs ASU’s Teotihuacan Research Laboratory in Mexico. Berdan speaks Nahuatl, the Aztec language, and is an expert on Spanish colonial documents like the Florentine Codex, a 16th-century ethnography written by the Spanish Franciscan friar Bernardino de Sahagún.

“We both sort of had fun with these little fictional vignettes,” Smith said. “That kind of thing is fun to do, but if you do too much of it … We're trying to write history; we're trying to write archeology. We're not trying to write fiction about the Aztecs, but adding those (vignettes) sort of lends a certain level of immediacy to it. And it was a lot of fun. I really enjoyed it and the ones that I wrote tie in … to specific sites I've worked at and things I've done.”

Even if you’re somewhat familiar with the period and culture, surprising facts leap out:

Along the way, the book provides glimpses of Aztec culture that remain today in Mexico. For instance, Aztec markets were almost exactly like big Mexican markets today, like the Libertad in Guadalajara, where everything has its own place: the saddle aisle, the live bird aisle, and so on. The Tlatelolco marketplace was surrounded by arcades, as in many Mexican cities today, where goods cost a bit more than those sold out on the plaza. And the basic setup for a seller — goods spread out on a tarp on the ground, with an awning overhead to shield the sun – has not changed at all in five centuries.

“I think a lot of what still exists in Mexico today in Mexican culture are not the big things like the empire and the big pyramids and the sacrifices, the offerings — it's the everyday kinds of things,” Smith said. “It's the way people build their houses and the way things are laid out on the ground, the marketplaces, that kind of thing.”

As the introduction notes, “We are fortunate to glimpse this colorful, vibrant world.”