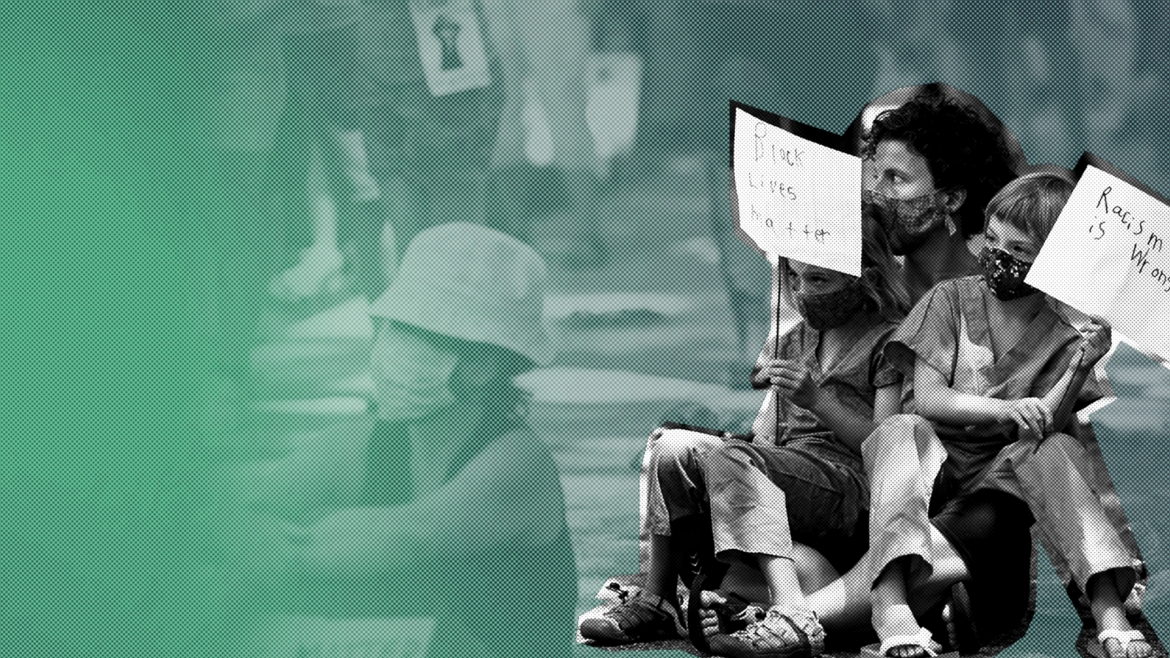 Talking about racism with your kids

Despite the fact that conversations on race relations are more common today, many parents, guardians and educators from all races still feel uncomfortable having these talks with young children.

The reasons are complex: They feel it’s not appropriate. Children are too young to discuss race and racism. Parents conflate childlike innocence with alleged “colorblindness.”

Research shows that as early as 6 months old, babies recognize race-based differences and that by ages 2 to 4, children internalize racial bias. What that means, according to the founding director of Project Humanities, is that if children are old enough to perceive these differences and start absorbing biases, then they’re old enough to talk about them.

“With our expert panelists and facilitator, this program will highlight challenges to racial justice and identify strategies for having conversations about race that actually disrupt the status quo,” said Neal A. Lester, professor of English and director of ASU's Project Humanities. “Ever since George Floyd’s (killing), mostly white folks have reached out to me personally as an African American educator who studies and teaches about U.S. race relations, asking for strategies not just to talk with their typically white children about race and diversity, but also about talking with other white people — their families, peers and neighbors — about race and racial justice.”

The virtual conversation “Humanity 101 on the Homefront: Anti-Racist Parenting” explored the role parents and caregivers, as well as other societal forces, play in dismantling racism through parenting and modeling anti-racism work. 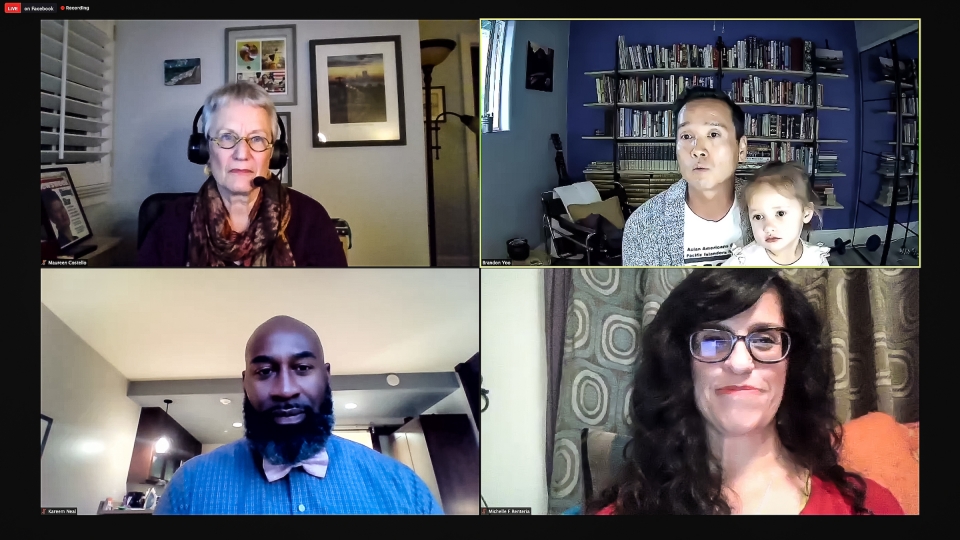 The Project Humanities goals for the panel of experts:

Yoo said that people often misunderstand the true meaning of racism, often defining it as individual and intentional acts of meanness or behaviors. He said racism is tied to history and that people need to see and understand it from that perspective.

“It was used (in this country) as a system of white dominance, power and privilege … constructed to benefit a particular group in power,” Yoo said. “Using that ideology of whiteness to benefit … and to justify the cultural genocide of the Indigenous people, the slavery of Blacks and the exclusion and internment camps of Asians and many other groups. If we look at racism to be more than individual intentional acts of meanness but a cultural and institutional level in which it benefits whiteness, then we can start the conversation of, ‘What does anti-racism work look like?’”

Not only is it important to be a good parent, but it’s also important to be a good ancestor, said Renteria, who taught in the classroom for approximately 20 years. She said she often shares with her nieces, nephews and two multiracial sons who they are, where they come from and how they benefited from others.

“Although I am Native New Mexican, I have to tell them I am on Indigenous occupied land and that I have a history,” Renteria said. “A Spanish ancestry that has to be accountable for the genocide of Indigenous people, so it’s very important to me … it’s also important to share the history of my parents.”

Even though that type of conversation comes naturally to Renteria, it isn’t as easy for others, especially to parents, guardians and educators, Neal said. He said his conversations with his own parents were “super incomplete” and would only surface when there were frustrated by racial violence or tension.

“It would only be times where, say a Black person was killed by a police officer … it was just blurted out there,” Neal said. “But it was not like this — a nuanced conversation about race. It was more like, ‘I’m tired of Black people being harmed by white people … so I had to do a lot of work on my own and then as a grown person, I would start having these rich conversations with my mother … amazing conversations about race and civil rights.”

Neal said those are the types of conversations he has with his students through skits, writing activities and community-building circles.

“It connects very well when you have that kind of equity of voice,” Neal said. “We’re having the kinds of conversations that let people say, ‘I’m heard and valued.’”

Costello said having conversations about race with children also means “living in discomfort and realizing that it’ll pass, and you’ll have gotten something better out of it.”

At first, Arizona State University business administration alumnus Brad Stoddard was against moving to a rural area. Born and raised in Mesa, Arizona, he was used to city life, with all its amenities and conveniences. But after spending a few months in the small Arizona city of Globe, where he only had to drive through one stoplight on his commute to work — instead of 70 miles of freeway and gri... 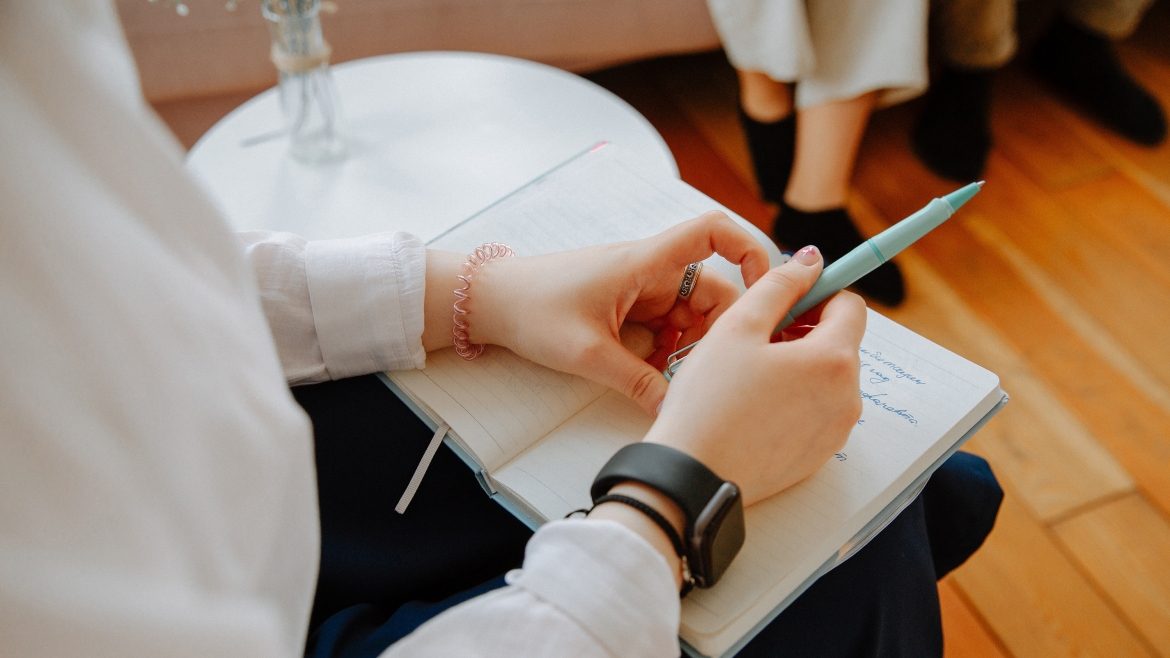 At first, Arizona State University business administration alumnus Brad Stoddard was against moving to a rural area. Born and raised in Mesa, Arizona, he was used to city life, with all its amenities and conveniences. But after spending a few months in the small Arizona city of Globe, where he only had to drive through one stoplight on his commute to work — instead of 70 miles of freeway and gridlock — he was hooked.

There were other perks, too.

“It’s so fun to be able to go to a restaurant and know the people there when you walk in,” Stoddard said. “There’s really a true sense of community.”

Unfortunately, what there isn’t a lot of in rural areas is access to mental health care. It’s something that has always been close to Stoddard’s heart, with several members of his family experiencing depression throughout their lives and not always being able to get the care they needed. So when his friend and colleague Cooper Johnson came to him a few years ago with the idea for a company that could meet that need, Stoddard jumped at the opportunity, leaving a comfortable job as the CEO of a surgery center to found Phoenix Mental Health and Wellness.

“There’s a definite need in rural Arizona,” Stoddard said. “A lot of the populations in rural areas are underserved when it comes to mental health. They either had to go without or had to drive into the Valley to get care.”

That’s something ASU College of Health Solutions Clinical Assistant Professor Matthew Martin can attest to. He’s in charge of behavioral health integration for Project ECHO, a new model of medical education and health care delivery that uses telecommunication to share knowledge across disciplines and physical space.

“Arizona ranks near the bottom in the nation for mental health,” Martin said. “And that is likely a reflection of the access problems in rural areas, which are usually due to a lack of providers or there only being one provider to serve an entire town or city.”

Like Project ECHO, Phoenix Mental Health and Wellness leverages technology to increase access to mental health care, allowing patients to receive full psychiatric services via telemedicine. Before COVID-19 came around, many were still wary of the practice, but the pandemic has both increased acceptance of its use and caused a rise in the number of people seeking it out.

“If there’s a silver lining to COVID, the adoption of telemedicine has increased dramatically,” Stoddard said. “Now we can do HIPAA-compliant video conferences with patients from their own home and get them the care they need. At the same time, so many people now have new stressors in their life that they didn’t have before: parents with kids at home doing online school, spouses working from home together, loss of income; it’s also been a rough year socially and politically speaking.”

Since January 2019, Phoenix Mental Health and Wellness has grown from 12 patients to about 1,500. And while their focus is telemedicine, they do have brick and mortar clinics as well; they opened their first one in Flagstaff, then a second shortly after in Show Low. And even though their priority is meeting the mental health care needs of rural populations, they have had enough demand for services that they’re planning to open another clinic in Phoenix and possibly Tempe.

“With college kids, we see a lot of them getting into the habit of doom scrolling,” Stoddard said. “It’s a legitimate concern because people are just reading bad news after bad news, and it does cause a lot of depression for college students, so we’re looking to help out there, too.”

“We screen every provider we hire to make sure they’re board certified, and also that they’re just a nice person,” he said. “It sounds kind of cheesy, but when you are opening yourself up to a health care professional, you need to be able to trust that they care about you in order to connect with them. And all of our providers are good people.”

Learn more about Phoenix Mental Health and Wellness and the services they provide.