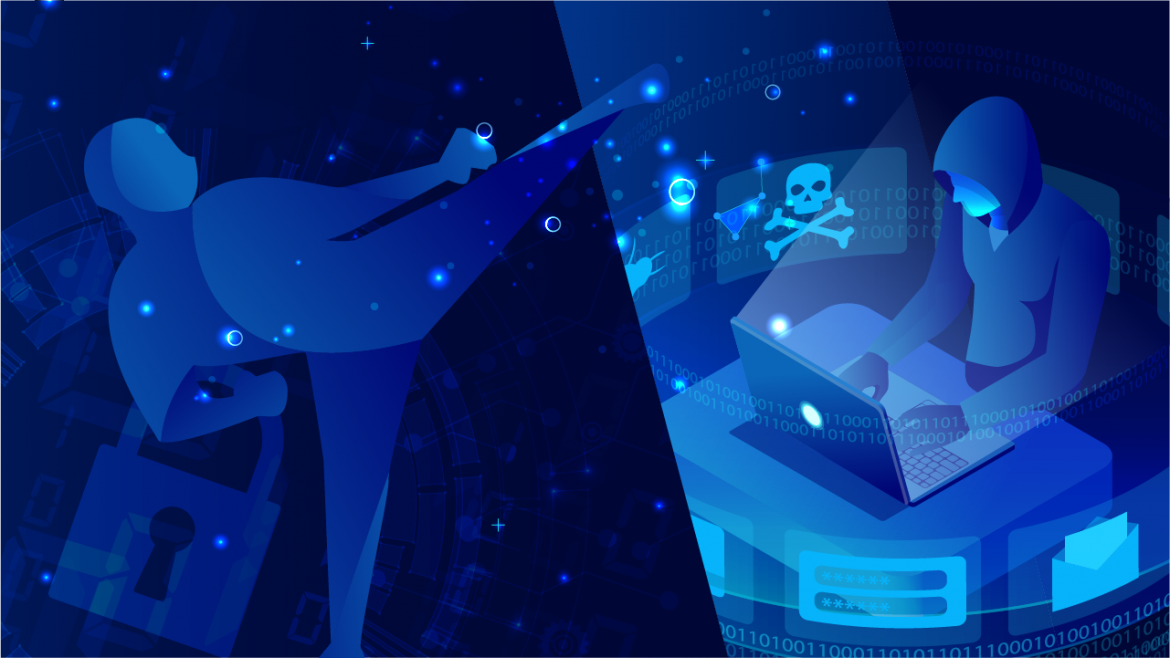 It can be a dangerous internet out there. Not only are cyberattacks on the rise, but we are also lacking the defenses needed to fight them. Projections indicate that the total number of unfilled cybersecurity jobs will hit 3.5 million globally this year, according to Cybersecurity Ventures.

“When you go to a dojo to learn a martial art, you don’t just learn how to block,” said Shoshitaishvili. “You learn how the attacks work so you can understand, then defend yourself.”

All the right moves

Sparring with hackers “is a contact sport,” said Jamie Winterton, director of strategy at ASU’s Global Security Initiative. “Pwn.college comes at it from the hacker’s perspective. To defend networks, it’s really essential to know how people think and what they may be doing offensively to your network. It’s impossible to do without that hands-on skill. You can play a better defense when you know the offense.”

One of today’s hottest job skills

Cybersecurity skills are in hot demand in today’s information technology job market. According to the U.S. Bureau of Labor Statistics’ Information Security Analyst’s Outlook, cybersecurity jobs are among the fastest-growing career areas nationally. The BLS predicts cybersecurity jobs will grow 31% through 2029, over seven times faster than the national average job growth of 4%.

Pwn.college’s hands-on training “really builds up skills for students to go to that next level of advanced cybersecurity knowledge and skills, which is what the industry and marketplace desperately needs,” said Adam Doupé, acting director of GSI’s Center for Cybersecurity and Digital Forensics.

“Businesses are essentially unable to hire enough professionals with the level of cybersecurity expertise that is needed,” he said. “We need things like pwn.college to address the gap to train students up to that level where they are needed by government and industry to fight to defend our systems. You’re fighting a very smart adversary who has a lot of motivation to break into your system. To secure our networks, we need people who are just as smart, who know about the ways attackers think and the tools and techniques they use.”

It’s not rare for companies or government agencies to suffer security breaches, as the December SolarWinds hack illustrates. The cyberattack was named for a Texas-based company that was used as a staging ground for a suspected Russian hacking campaign that is believed to have affected more than 250 federal agencies and businesses.

“Pwn.college takes university content and opens it up to a broader audience,” Winterton said. “Given the global prevalence of cybersecurity issues, the knowledge should be open and global as well. We need to bring more people, and different people, to the table if we want to improve our collective security.”

Through pwn.college, students learn common hacking techniques and software vulnerabilities that every IT professional should know about.

“You can think of it as cracks in a shield,” Shoshitaishvili said. “You may have a complex shield, but if there is a crack in the right place, then the whole system collapses.”

Pwn.college training is organized as a set of modules covering different topics, each with a set of lecture slides, videos and practice problems. Training is hosted across multiple internet services, with prerecorded lectures on YouTube; live classroom sessions on Twitch, a streaming platform that’s popular with gamers; students holding discussions on Discord, a VoIP instant messaging platform; and questions answered on a public Google group.

Each week, students tackle as many as 30-45 practice problems to learn how to detect and defuse common cybersecurity threats such as:

“By approaching the topic of cybersecurity in this super hands-on fashion, it’s really getting at the deep core of how computing itself works,” said Connor Nelson, an ASU computer science graduate student and co-founder of pwn.college. “This class is not only teaching security, it’s teaching people to master computer science itself.”

Pedro Gomez, an Arizona-based reporter for ESPN who was a frequent presence at the Walter Cronkite School of Journalism and Mass Communication, died unexpectedly Feb. 7 in his Valley home. He was 58 years old.The Cronkite School and Gomez’s family established the Pedro Gomez Foundation Fund to honor his memory and continue his impact on sports journalism students.“Not only was Pedro an incre...

A new dawn for supercomputing at ASU

Donating personal data could be the new frontier in philanthropy

Pedro Gomez, an Arizona-based reporter for ESPN who was a frequent presence at the Walter Cronkite School of Journalism and Mass Communication, died unexpectedly Feb. 7 in his Valley home. He was 58 years old.

The Cronkite School and Gomez’s family established the Pedro Gomez Foundation Fund to honor his memory and continue his impact on sports journalism students. 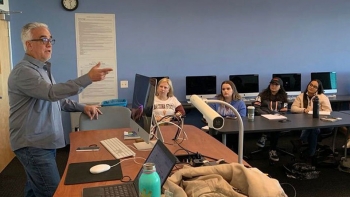 Pedro Gomez speaks to a journalism class at the Cronkite School at ASU. Download Full Image

“Not only was Pedro an incredible journalist, but he was an even better person,” said Brett Kurland, director of sports programs and the Phoenix Sports Bureau at the Cronkite School. “He was always so generous to everybody connected to Cronkite — our students, our alumni, our faculty. It wasn’t just class visits or speaking appearances or mentoring. He was the first to share advice and wisdom when he encountered a Cronkite student in a clubhouse, to welcome them in and show them the ropes, to give them a word of encouragement.

“I would obviously love nothing more than if this fund didn’t exist and instead see Pedro walk into one of our classrooms tomorrow,” Kurland continued. “He gave so much to Cronkite and its students. What an incredible honor that his family has chosen to establish this fund to carry his legacy forward at Cronkite, to continue his tremendous impact on the Cronkite community.”

“If we all live our lives the way Pedro Gomez led his life, we’re doing it right.”
— Brett Kurland, director of sports programs at the Cronkite School

Born shortly after his parents immigrated from Cuba, Gomez started his journalism career in Miami and made his way to The Arizona Republic in Phoenix before landing a job at ESPN in 2003.

“The fund, I would imagine, is exactly what Pedro would want,” said Paola Boivin, digital director of the Cronkite News Phoenix Sports Bureau and friend to Gomez. “He was always about helping others, whether they were journalists or just people that were underserved. People know him as such a great baseball mind, but I know him more for having a bigger heart.”

Boivin, who worked with Gomez at The Arizona Republic, said there was a time in her early career that she was being harassed in the Dodger Stadium visitors clubhouse. Former Dodgers pitcher Orel Hershiser gave her words of encouragement, affirming that she belonged in the clubhouse as much as anybody else. When Boivin was inducted into the Arizona Sports Hall of Fame, Gomez reached out to Hershiser to speak the same words of encouragement in her tribute.

“I’m crushed at what happened, but so grateful that the family is allowing his legacy to live on in this way,” said Boivin.

Boivin was amazed to see how many people were reacting online to the news, from 14-year-old high school students to the owners of major league baseball teams.

Gomez was a celebrated baseball journalist and left an impact on the many Cronkite School students who had the opportunity to meet him.

“When I think of Pedro, the first thing that comes to mind is his generosity and his humility,” said Marco Peralta, a student Gomez mentored. “The biggest compliment I have ever obtained is that a colleague mentioned to me that I reminded them of Pedro Gomez. I’m not at the level Pedro was in, and I don’t think I’ll ever be — but I hope to one day be like him and make him proud. I will carry his legacy everywhere I go.”

Make a gift to the Pedro Gomez Foundation Fund at the Cronkite School or contact Lindsay Walker, director of development, for more information at Lindsay.D.Walker@asu.edu or 602-496-5052.