The Society for the Humanities at Cornell University granted a fellowship to Leslie Alexander, Arizona State University associate professor of history, for her research that explores the legacy of slavery in modern-day policing and mass incarceration.

“Despite growing public awareness that mass incarceration has its roots in slavery and that racial bias infects all aspects of our criminal justice system, our nation has yet to reckon with the reality that our systems of policing and mass criminalization have powerful, significant histories that originated in white fear, not merely of Black people or even Black resistance, but of the very notion of Black freedom,” Alexander said. 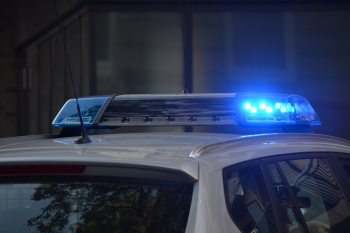 Alexander points out that, as demonstrated last summer by the Black Lives Matter protests in response to the deaths of Breonna Taylor, George Floyd and many others, Americans understand there is a problem of police brutality, but few people have considered the origins of the problems.

Her project reveals contemporary systems of policing, surveillance and punitive control of Black communities can be traced to a time when white people looked to control a population that refused to submit to being enslaved. 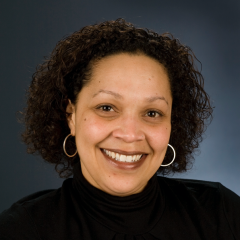 “At the heart of slavery lay a terrifying conundrum, an epic struggle between the slaveholders who sought to extract labor, loyalty and submission from their human property and the enslaved who longed for freedom and were willing to obtain their liberation by any means necessary,” Alexander said. “Therefore, throughout the 18th and 19th centuries, white Americans lived in a constant state of terror, anxiously worrying when and where the next uprising would occur.”

To subdue the fears of white Americans, authorities enacted laws to monitor and control Black people’s movements, interactions and cultural activities. Through legal codes, patrols and militias, a precedent of policing and control was set up that would continue to affect future generations of Black people in America.

“Ultimately, this project argues that if we ever hope to defeat and destroy the systems of social control that plague Black lives, we must have an honest reckoning with the omnipresent white fear that has created, sustained and fortified them,” Alexander said.

Alexander’s fellowship will begin in August and will last for one academic year. She says she is both honored and excited to return to Cornell, the same university she received her graduate degrees from.

“It is very special to have the chance to return to Cornell for a year and to interact with faculty members from around the world,” Alexander said. “I’m also grateful because I believe that my research, which focuses on the afterlives of slavery, is timely and important for our nation.”

Arizona State University will host this year’s American Association for the Advancement of Science annual meeting, the world’s largest general scientific gathering, Feb. 8–11.This year’s virtual meeting is the first ever to offer dozens of free public events. These include a plenary session on COVID-19 in 2021 presented by Dr. Anthony Fauci, director of the National Institute of Allergy... 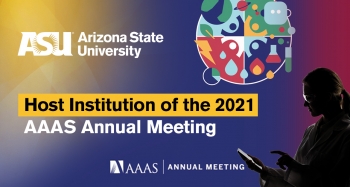 The theme for 2021 is “Understanding Dynamic Ecosystems.” From the environments that we inhabit to the social systems in which we live and work, we are all embedded in a variety of ecosystems. Finding ways of maintaining the stable balance of these ecosystems in the face of rapidly changing circumstances is critical for our advancement.

This annual meeting features diverse ways of understanding the complexities and dynamics of biological, physical, social and economic systems across scales, as well as strengthening and activating new connections to address underlying problems in various spheres. These challenges facing contemporary society will provide the opportunity to creatively harness science, engineering, technology and policy to promote sustainable change.

ASU President Michael Crow will join others in a panel session around the call for universities today to engage more deeply with the overall research and innovation ecosystem, enabling greater contributions toward solving society’s critical problems while also boosting academic excellence.

Dozens of ASU faculty, staff and students will present on a range of topics, including the future of humans in space, innovating organic agriculture, and access and inclusion in engineering, among others. The event will close on Feb. 11 with remarks from Sally C. Morton, the new executive vice president of ASU’s Knowledge Enterprise.

“The AAAS is integral to understanding and appreciating science and the role it plays in all of our lives,” Morton said. “As a leading research institution, ASU is uniquely positioned to host the annual meeting, and we are honored to have this privilege. I am looking forward to sharing the incredible work being done here and to bringing together the brightest minds in the scientific community to collaborate and learn from one another.”

Full program registration costs $50 for members. Nonmembers can join AAAS and register for the conference for as little as $75. In addition to the full program available to members, the event includes a Public Events Passport that is free to nonmembers. Public events include:

Learn more and register for the AAAS annual meeting