Jeremy Scott Vinson graduated from Arizona State University’s School of Historical, Philosophical and Religious Studies in 2013 with his bachelor’s degree in religious studies. While he was a student, he was the recipient of the 2012 Norton and Ramsey Scholarship to study in Israel and was also esteemed as the 2013 Outstanding Religious Studies Graduate of the Year.

His interest in researching religion developed from an early age, but after the passing of his mother in 2011, he dove into his studies when his mores, ideologies and systems of faith fell short of meeting his deepest emotional needs. 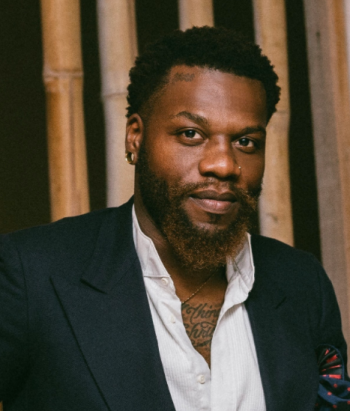 “Being an only child raised in a mystical Christian household enabled me to see and experience an intense kind of spirituality that was sometimes violent, sometimes ambiguous, but always right and terrifyingly alluring,” said Vinson. “I sought to study religion as a more hands-on way of understanding the human condition, my human condition in relationship to God and the significance of life and death.”

He learned how to read Biblical Hebrew while he was a student at ASU, which taught him "the importance and influence of context and environment on religious history and formation.”

Vinson attended Union Theological Seminary in New York City after graduating from ASU and received his master’s degree in religious history. With his combined studies, he felt encouraged to do more research and archive the historical formations, ethical beliefs and practiced culture of West African Indigenous religions such as Yoruba, Santeria and Voodoo.

“My research is twofold in the sense that I am collecting and archiving data from these religious cultures, but I also use this data to nurture a psycho-spiritual approach to addressing trauma and social and emotional competencies and behaviors in Black men and boys and the larger Black community,” said Vinson. “It is my belief that the history, rituals and beliefs of various West African Indigenous religions can be structured to curate a multi-leveled and dynamic psycho-spiritual healing system for Africa and the African diaspora.”

During his time at Teachers College he worked as a college success coordinator for Henry Street Settlement and counseled New York City undergraduates from the Lower East Side community attending college across the nation. In addition to working and attending school, Vinson published his first collection of poetry, titled “Eudaimonia.”

His artistic endeavors and research led him to Lomé, Togo, West Africa, where he is currently an artist-in-residence with the organization Magic & Melanin.

“I was initially chosen by this organization in August 2019 to return to the African continent for two weeks as part of the Year of Return, honoring 400 years since the first enslaved African landed in Port Comfort, Virginia, in 1619,” said Vinson. “In 2020 I was selected by this same organization to return to the African continent, again, and participate in their subsidized inaugural 14-week residency experience.”

Vinson has spent some of his residency in neighboring countries Ghana and Benin, all the while documenting his encounters at various sacred Indigenous religious sites. He says living in West Africa has been one of the most fulfilling and transformative experiences of his life.

“While simultaneously pursuing my research-archival collection interests, I have also written a screenplay, developed a children’s educational pilot script and wrote and filmed a comedy special during my stay in West Africa,” said Vinson. “The data collected from the research centered on West African folklore, spiritual rituals and beliefs are used as the primary information for more forthcoming creative writing projects and educational curricula.”

Once his residency is completed, Vinson plans to continue his research by backpacking across West Africa to study and archive the religious and spiritual practices, beliefs and folklore of various tribes and villages.

He hopes to document his findings and use them to create an educational curriculum for children and adults around West African religious, spiritual, ethical and everyday culture, while also being used as inspiration in his more artistic endeavors, such as screenplays, pilot scripts, art installations and fiction.

The School of Criminology and Criminal Justice (SCCJ) online graduate degree program at Arizona State University continues for a seventh year as one of the nation’s top 10 such courses of study, according to U.S. News & World Report’s annual rankings announced Jan. 26. The online Master of Arts degree program earned a No. 7 ranking for 2021.“I am delighted that U.S. News once again has ...

The School of Criminology and Criminal Justice (SCCJ) online graduate degree program at Arizona State University continues for a seventh year as one of the nation’s top 10 such courses of study, according to U.S. News & World Report’s annual rankings announced Jan. 26. The online Master of Arts degree program earned a No. 7 ranking for 2021.

“I am delighted that U.S. News once again has recognized our online graduate degree as a top 10 program nationally,” said SCCJ Director and Foundation Professor Jon Gould. “Students who study with us benefit from some of the best faculty in the field and graduate with multiple opportunities for their future. We are committed to maintaining the excellence of our program.” 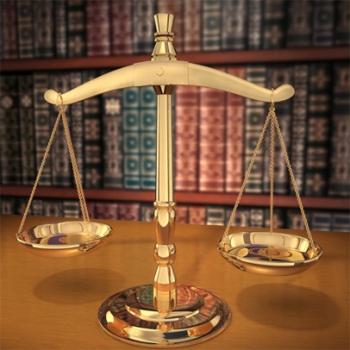 Most of the school’s more than 210 online graduate students are criminal justice professionals in the criminal justice field who seek a graduate degree to improve their career potential. The program graduated 44 such students in December 2020 and 65 in May 2020. SCCJ is within the Watts College of Public Service and Community Solutions.