A new study from the Arizona State University Research and Education Advancing Children’s Health (REACH) Institute has found that children experience fear of being abandoned when their divorced or separated parents engage in conflict. Worrying about being abandoned predicted future mental health problems in children. The work was published in Child Development on Jan. 12. 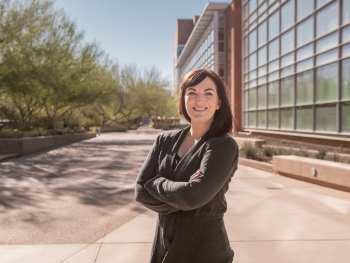 “Conflict is a salient stressor for kids, and the link between exposure to interparental conflict and mental health problems in children is well established across all family types — married, cohabitating, separated and divorced,” said Karey O’Hara, a research assistant professor of psychology at ASU and first author on the paper.

“Conflict between divorced or separated parents predicted children experiencing fear that they would be abandoned by one or both parents. This feeling was associated with future mental health problems, especially for those who had strong relationships with their fathers.”

Based on studies including children from families with married or cohabitating parents, the researchers knew that children view interparental conflict as a threat, often wondering if their parents will get divorced.

To understand how children with divorced or separated parents interpreted interparental conflict, the researchers surveyed families participating in the New Beginnings Program, asking 559 children (aged 9–18 years) about their exposure to conflict. The questions included topics like whether their parents fought in front of them, spoke poorly of the other parent or asked children to carry messages. Children exposed to interparental conflict were more likely to report worrying about being abandoned by one or both of their parents.

“When parents who are married or cohabitating engage in conflict, the child might worry about their parents separating,” O’Hara said. “But children whose parents are divorced or separated have already seen the dissolution of their family. The idea that they might be abandoned might be unlikely, but it is not illogical from their perspective.”

Because quality parent-child relationships are known to buffer children against stress, the researchers expected children who had strong relationships with a parent to experience less fear of abandonment and mental health problems. But the team did not find a general buffering effect of parenting.

The goal of ASU’s REACH institute is to bring research promoting children’s well-being from the lab into practice, and the research team is currently working on designing an intervention to help children cope with parental conflict after divorce.

In the wake of the insurrection at the U.S. Capitol in Washington, D.C., on Jan. 6, Mayor Muriel Bowser is urging the United States Department of Homeland Security to adjust its security approach ahead of the inauguration of President-elect Joe Biden.The breach unveiled troubling flaws in the security network around the nation's Capitol, where our elected officials come together to debate national... 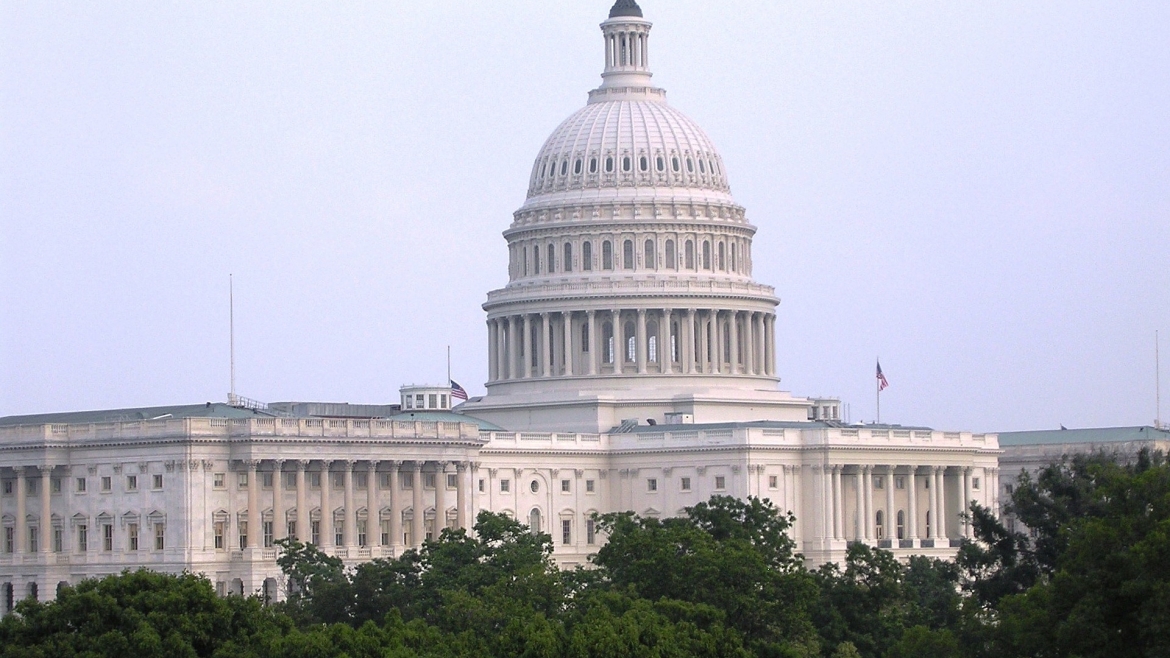 In the wake of the insurrection at the U.S. Capitol in Washington, D.C., on Jan. 6, Mayor Muriel Bowser is urging the United States Department of Homeland Security to adjust its security approach ahead of the inauguration of President-elect Joe Biden.

The breach unveiled troubling flaws in the security network around the nation's Capitol, where our elected officials come together to debate national policy and craft the country’s laws.

Across the world, people witnessed the destruction in shock. The question of how this was able to happen still looms on the minds of many. And while the issue is still being investigated, one thing that security experts seem to agree on is that lack of preparation played a large factor in the chaos, injury and death during the insurrection.

Brian Gerber and Melanie Gall co-direct Arizona State University’s Center for Management and Homeland Security. ASU Now spoke to Gerber and Gall to get their response on what unfolded on Jan. 6 and the future state of domestic terrorism.

Question: What is your take on the attack in the U.S. Capitol building?

Melanie Gall: It is clear that there was a massive security failure — a failure of anticipation, planning and resourcing. The failure to anticipate the violence led to an insufficient show of force, which on one hand should have dissuaded Trump supporters from invading the U.S. Capitol and on the other should have protected our lawmakers.

Brian Gerber:  While there is some technical or academic debate on use of the term, this was a coup attempt in any practical use of the term. A sitting president incited a riotous mob to storm the U.S. Capitol building with the expressed intent of disrupting the official recognition of a free and fair election. In addition to other elected officials who have contributed to a mass disinformation effort, I think we’ll find that this insurrection has deeper roots and is a far more substantial threat than just a mob that got out of hand, so to speak.

Q: How severe of a security breach was this attack?

Gall: The breach in security can only be described as catastrophic. As more and more footage from inside the Capitol emerges, the devastating gravity of the security failure comes to light. Congress was in session as the Capitol was overrun. Representatives had to be evacuated as the building was being stormed. Had the intruders managed to know and reach the evacuation routes of representatives, all of this could have been far worse. Furthermore, imagine if foreign activists or intelligence officers were or had been embedded among the terrorists. Offices were ransacked and computers were accessible. The computer network was not shut down. Thus, we should need to be concerned about cyber risk and unlawful access to classified information.

Q: Why wasn’t the U.S Capitol building protected and what could have been done to better protect it?

Gall: There must and will be serious investigations to examine this. Washington, D.C., is familiar with large crowds of protestors. The fact that this event was not classified and treated as a National Special Security Event given the proximity to the Capitol, Congress being session and the vice president and his family in attendance is inexplicable. Threats to the vice president and intentions to storm the Capitol must have been known to the FBI and DHS. Anyone browsing Twitter, QAnon forums, etc. should have seen this threat. The big question that everyone is asking right now is: Was this the result of breakdowns in the chain of command or are there active subversive elements within the chain of command? 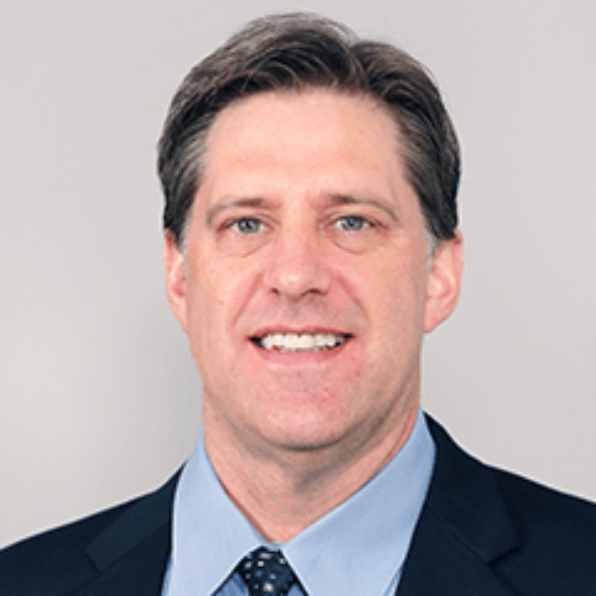 Q: Did the complex set of different federal agencies, and the coordination challenges that follow from that, contribute to the ineffective security response?

Gerber: From an emergency preparedness perspective, the multiple federal agencies and adjacent state jurisdictions routinely coordinate for such purposes in the D.C. area. Generally, elsewhere in the U.S., a major challenge in any disaster preparedness and emergency response situation is such interagency and interjurisdictional coordination. In the national capital region, and surrounding partners in state and local government, there has been a really sophisticated and high level of operational coordination for decades. That is what makes the lack of appropriate crowd control and general security preparations even more disturbing as we witnessed the assault on the Capitol.

Q: How do security risks from the highest levels of government factor into threatening scenarios and operational practices?

Gall: That is an excellent question and a question I have been asking myself a lot lately starting with our catastrophic response to COVID-19. We have a tendency to plan and prepare for the last event, which in itself is a poor practice. Threats evolve and no incident is the same. Thus, anticipation, flexibility and imagination are critical elements in being prepared. To be honest though, I don’t think that in pre-Trump times, we ever anticipated that our national security may be threatened from within, particularly the highest levels of government. Our security and emergency management procedures and protocols do not account for that, just as they do not account for a politicization of these procedures and protocols. Going forward, we will also have to reckon with the risks emanating from Trump being a private citizen again and the potential risks to national secrets and intelligence.

Gerber: Let’s be very clear: A sitting president, aided and abetted by political allies, both elected and in the popular news media, helped foment an insurrection. I am almost certain we’ll learn more about how well-organized the attack was — and that others outside the rioters on the ground provided support. This means our government, in both the executive branch and supported by other federal officials and state-level counterparts, had a hand in this coup attempt. Q: From an emergency management perspective, how will President-elect Joe Biden’s inauguration look different from previous ceremonies following the events at the Capitol?

Melanie Gall: We should expect for the inauguration to be substantially scaled back. One can assume that this was already planned as such due to the pandemic. Inaugurations are security events of the highest level, so I do not anticipate that organizers will have to change much. However, the events from Jan. 6 will likely see the D.C. area at heightened security levels for the remaining time.

Gerber: I think there is going to have to be a decision made to limit the exposure of President-elect Biden and all other officials at the inauguration. There is a deeper domestic terrorist threat than the mob of insurrections we saw on Jan. 6.

Q: What does this incident tell us about the current and future state of domestic terrorism?

Gall: Domestic terrorists have not stopped calling for violence. Based on reporting from journalists monitoring right-wing platforms, there are continued calls for violence on platforms such as 8kun (8chan).

We have seen the threat of domestic terrorism grow over the past years but have failed to act decisively. We cannot forget that on Jan. 6, we had security failures at the state level as well. Trump supporters breached the security gates around the Washington state governor’s mansion and occupied the steps of the Washington State Capitol building in Olympia. And let’s not forget armed militia inside the Michigan State Capitol and the foiled kidnapping plot plans of Michigan Gov. Gretchen Whitmer. If you recall, in September of 2020, FBI Director Christopher Wray highlighted the threat of domestic terrorism and the linkages and weaponization of disinformation as part of national and international efforts to undermine our democracy. It is high time that our laws catch up with this threat.

Gerber: The U.S. Department of Homeland Security and other federal agencies have recognized the threat of extremist right-wing domestic terrorists for some time now. Prior to Jan. 6, this has not been much of a focus in our national political discourse. What the coup attempt underscores is how serious this threat is — and I’m expecting we will learn soon that the scope of domestic terrorist networks are quite broad. This threat will occupy a major part of the Biden presidency.