Regional “Reggie” Carrillo is a devoted student and a passionate social justice advocate.

Carrillo enrolled at Arizona State University as a biochemistry major. Four years later, he is graduating this month with a degree in global health from the School of Human Evolution and Social Change in the College of Liberal Arts and Sciences and a plethora of marketable experiences from internships and action-based organizations. 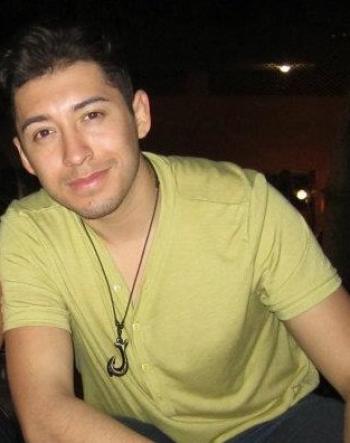 The Arizona Dream Act Coalition, Youth Education for Action and Promise Arizona in Action are a few of the groups he is involved with.

“All these organizations are a part of the grassroots movement … and are transforming [the current political atmosphere] and changing it for the better,” Carrillo said.

Recently, he helped organize a fundraiser party for Citizens for a Better Arizona. The event provided an immigration reform forum for students, who also shared ideas about other issues vital to the Latino community. The fundraiser pulled in a total of $600 and helped the organization recruit new advocates.

At a similar function, this time a fundraiser for the Arizona Dream Act Coalition, Carrillo was approached by TIME Magazine for an interview. While his friends became excited about the prospect of Carrillo appearing in TIME, he focused on how the exposure could help advance a cause he cares about.

“I was happy that I could promote the organization,” he explained. The March 5, 2012 issue – shaped around the theme of Latinos as a growing political force – features a photo of him on the cover, as well as a quote from him inside.

Carrillo’s concern for equal rights and opportunities for all extends to his global health major, which investigates the social, cultural, economic and behavioral roots of health issues. He first became interested in the field after taking a class with professor Ana Magdalena Hurtado, a human evolutionary ecologist.

“I delved into the works I read and really surrounded myself with what I was learning,” Carrillo said. The following semester he signed up for all global health-related classes. He discovered that the theories and concepts he was learning applied directly to his own community, along with the greater world around him, and changed his major without hesitation.

Carrillo has continued to immerse himself in his studies. Last summer, he completed his study abroad requirement in New Zealand and Fiji. While in those countries he not only toured the region, but also gained vital cultural competency skills. He was introduced to the Maori, the indigenous people of New Zealand, who reminded Carrillo of the Native Americans of the United States. He listened to their thoughts about health, the environment and what they want from their country’s health care system.

Currently, Carrillo is involved in an internship led by sociocultural anthropologist and assistant professor Amber Wutich and biocultural anthropologist and professor Alexandra Brewis Slade, director of the School of Human Evolution and Social Change. The project examines social issues such as food deserts and perceptions of water and its usage. This internship has given him the skill set to perform his own research, which will be presented at the school’s undergraduate research symposium on April 9.

Carrillo and fellow global health major Monica Trejo conducted research on how social networks affect the identity and self-esteem of immigrant youth. Together they are exploring a present mutual relationship between social networks and social capital and how the byproducts of social capital may lend to a perception of self-identity that is positive. Carrillo hopes to further the research with Trejo and inform the public of social issues that affect undocumented immigrant youth.

Following graduation, Carrillo plans to take a year off from school. He has applied to the Peace Corps, as well as to a Hispanic fellowship program at ASU. He would ultimately like to attend the University of California at San Francisco to pursue a graduate degree in public health.

Until then, Carrillo will continue to be active in his community and strive to encourage youth and students to become involved. “No one’s going to thrust you into leadership. … Really, you have to take a hold of your own destiny,” he said. “You’ve got to stop waiting and go out and join an organization.”

Astronomy lecture topic: Did universe come from nothing?

Lawrence Krauss, internationally known theoretical physicist and foundation professor in ASU's School of Earth and Space Exploration and the Department of Physics, will speak on "A Universe From Nothing" at 7 p.m., April 27.

Astronomy lecture topic: Did universe come from nothing?

Lawrence Krauss, internationally known theoretical physicist and foundation professor in ASU's School of Earth and Space Exploration and the Department of Physics, will speak on “A Universe From Nothing” at 7 p.m., April 27, in Bateman Physical Sciences Center F-173 on the Tempe campus.

Krauss’s lecture will be followed by an Astronomy Open House from 8 to 10 p.m. on the roof Bateman Physical Sciences Center H-Wing. 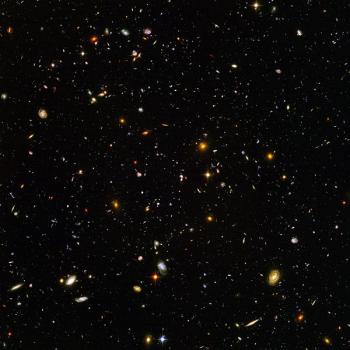 Krauss, whose most recent book is also titled “A Universe From Nothing,” said he would describe “the revolutions that have taken place in our understanding of the Universe, and of space and time, that suggest that our Universe could have arisen naturally from nothing at all.”

Krauss’s research covers science from the beginning of the universe to the end of the universe. His research interests include the interface between elementary particle physics and cosmology, the nature of dark matter, general relativity and neutrino astrophysics. He has investigated questions ranging from the nature of exploding stars to issues of the origin of all mass in the universe.

The open house will feature a meteorite dig and meteorite display, new high-resolution Moon images, a GEO Club rock display, a planetarium show and telescope viewings, which will include mars and the Orion Nebula.

To get to the open house, go to the main entrance to the Bateman H-wing. Free parking is available after 7 p.m. in the Tyler Street Parking Garage. From the parking garage go west along the University Drive sidewalk (toward campus) until you see signs leading you to the entrance.

For more information about the lecture and open house, contact Teresa Ashcraft at teresa.ashcraft@asu.edu, or go to http://astopenhouse.com.