Professor's body of scholarship is focus of Rutgers conference

“Domestic service was work that many of the women I knew growing up chose to do, so it was part of my everyday reality,” explains ASU’s Mary Romero, a professor and faculty head of justice and social inquiry in ASU's School of Social Transformation. “Later, when I had my own place, I considered housework something you did before company came over.”

Romero says the jarring recognition that domestic service and housework might be a serious research interest came as a young assistant professor, when she observed troubling dynamics in the employee-employer relationship while staying with a family in El Paso who hired a young live-in maid. 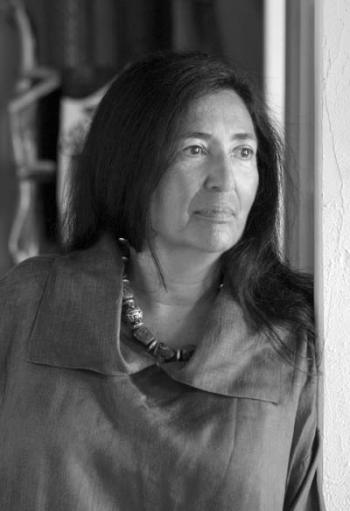 “There is nothing intrinsically demeaning about domestic labor,” Romero emphasizes, “but I recognized the potential for oppression in what is often an invisible sector of the economy where work is often done by those who are already economically vulnerable.

"I began to wonder professionally about the Chicanas employed as domestics who I had known throughout my own life," she says. "How vulnerable were they to exploitation, racism and sexism? Did their day work status and U.S. citizenship provide protection against degradation and humiliation? How did they go about establishing labor arrangements within a society that marked them as racial and cultural inferiors? How did they attempt to negotiate social interactions and informal labor arrangements with employers and their families?”

In the early 1980s Romero set about trying to answer some of these questions, interviewing and studying a cohort of 25 Chicana women – all born and raised in the United States – who had moved to metropolitan Denver with their families from rural areas of Colorado and New Mexico and had taken on work in domestic service at some point. Ranging in age from 29 to 68, their tenure in private household work ranged from five months to 30 years.

The book resulting from this research, “Maid in the U.S.A.,” was published in 1992. It broke new ground not only for its novel subject – Latina household workers – but for its originality in combining historical scholarship and ethnography with race, class and gender analysis. Routledge published a 10th anniversary edition of the book in 2002 with an updated introduction by Romero.

This week Romero’s body of scholarship on household workers is the organizing focus of a conference at Rutgers-Newark titled “Maid in the U.S.A.: Domestic Labor and Organizing.” The April 12 event commemorates the 20th anniversary of the publication of “Maid in the U.S.A.” as well as Romero’s continued research in this area, including her 2011 book “The Maid’s Daughter: Living Inside and Outside the American Dream.”

Romero will keynote the daylong event coordinated by Rutgers-Newark’s Center for Migration and the Global City. The conference will join students, historians, sociologists and activists from Domestic Workers United and the National Domestic Workers Alliance in exploring the history of domestic work, the contemporary state of domestic organizing, as well as expanding rights and improving conditions for domestic workers in New Jersey.

She also will conduct two graduate seminars – in American Studies and in the Department of Arts, Culture and Media – and a workshop for participants in an NSF Advance grant.

“Given the momentum of domestic worker organizing nationally and the passage of the Domestic Workers Bill of Rights in New York in 2010, it seemed like a fortuitous moment to revisit Romero's groundbreaking work,” explains Shana Russell, American Studies Fellow in the Center for Migration and the Global City.

“It was really important to the center that the conference be a dialogue between scholars, activists and students," Russell says. "Our hope is that this diverse group of participants can use Romero's work to better understand the experiences of domestic workers and to continue the conversation about domestic worker rights both inside and outside the classroom.

"The contemporary state of domestic work is a great place to begin to understand the relationships between issues of race, gender and labor. At the same time, we hope academics feel a sense of responsibility to the communities that serve as the subjects of our scholarship."

Russell adds: “Mary Romero's work is so unique in its ability to give readers insight into the significance of domestic workers to any community. "We’re honored that she is coming to share her work with us.”

Those interested in participating in an online discussion of these issues are invited to visit the conference blog: maidintheusa.wordpress.com

The awards are given by the Carnegie Science Center in Pittsburgh “to recognize and promote innovation in science and technology.” Landis shares the award with Melissa Bilec, an assistant professor in the Swanson School of Engineering at the University of Pittsburgh.

Landis was a faculty member at the University of Pittsburgh from 2007 until this year, when she joined ASU as an associate professor in the School of Sustainable Engineering and the Built Environment, one of the university’s Ira A. Fulton Schools of Engineering. 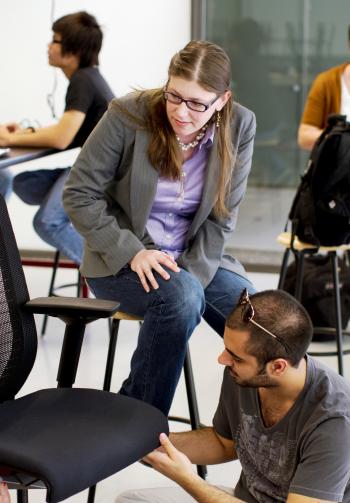 In the past several years Landis has developed research and community outreach programs in sustainable engineering, as well as four new sustainability courses. She has won four educational excellence awards and drawn more than $750,000 to support her work in creating education programs designed to promote engineering innovation.

Landis’ success led her to be selected to participate in the 2011 National Academy of Engineering Frontiers in Engineering Education Symposium.

She will be presented the Carnegie award at a formal celebration at Carnegie Music Hall on May 11.

Landis and Bilec also earned an honorable mention award from the Carnegie Science Center a year ago for their collaborative work as university and post-secondary educators.

Opportunities for innovation and cross-discipline collaboration are what attracted Landis to ASU.

She also likes that undergraduates are encouraged to delve into research as early as possible.

Traditionally at many large universities, Landis says, “undergrads are not supposed to even approach professors, but here students can talk to faculty members about research ideas or working in a professor’s lab.”

For instance, she has students deconstruct a chair as a way of exploring the sustainable aspects of the materials used to make the chair, the energy expended in the manufacturing process that produces it, and the finished product’s recyclability and re-use potential. She also has students compare the sustainability of older products compared to newer ones.

The Carnegie honor “is a prestigious award, and it underscores the value of what Amy brings to ASU’s engineering schools,” says G. Edward Gibson, director of the School of Sustainable Engineering and the Built Environment.

“Her focus on sustainability and education are critical to our success,” Gibson adds, “and students are going to love the energy and enthusiasm she has for teaching.”

Landis earned an undergraduate degree in chemistry from Denison University in Ohio. She earned master's and doctoral degrees in civil and materials engineering from the University of Illinois at Chicago.