Professor elected to American Academy of Arts and Sciences

Ana Magdalena Hurtado, ASU professor in the School of Human Evolution and Social Change, has been elected to join the 2012 cohort of the American Academy of Arts and Sciences.

Other new members of the AAAS include: U.S. Secretary of State Hillary Rodham Clinton; James Fraser Stoddart, a chemist whose work helped establish the field of molecular nanotechnology; and Robert A. Moffitt, an authority on the incentives and disincentives in the U.S. welfare system. The Academy announced its new members on April 17, including winners of the National Medal of Science, the Pulitzer Prize, and the Kennedy Center Honors. Current AAAS membership includes more than 250 Nobel laureates and 60 Pulitzer Prize winners. 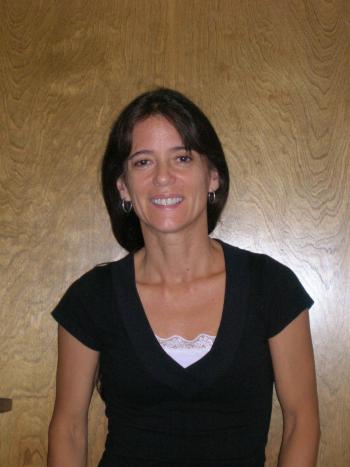 “This is an amazing surprise and a wonderful opportunity to serve the people of Arizona,” Hurtado said.

Hurtado is a human evolutionary ecologist who has conducted extensive fieldwork in South America and is especially well known for her in-depth work with the hunter-gatherer Aché people of Paraguay, whom she has studied and lived among for periods of time for the past 25 years.

She studies the biological, social and cultural dimensions of human health, culture, and identity; human origins, evolution and diversity. Among her areas of specialization are emerging diseases, host-pathogen co-evolution, global health, and the origins of the sexual division of labor. Hurtado has taught courses ranging from human origins to evolutionary global health sciences.

Current research highlights include studies of the evolution of social immunity with faculty in the Social Insects Research Group of the School of Life Sciences, and the effects of xenophobic behaviors on population health with psychology department faculty. In addition, Hurtado is working with Massachusetts Institute of Technology researchers to study prejudice against indigenous people of Latin America and the implications for public health and population health differences.

“We discovered that at the peak of a recent tuberculosis epidemic among the Aché natives, 18 percent of the population had active tuberculosis. That’s the highest prevalence ever published anywhere in the world,” she said. “In the meantime, we would visit surrounding mestizo villages and ask if anyone had tuberculosis.  We found zero cases, despite the fact that the mestizos and indigenous people were living only a few miles apart in the same ecozone. One of the things I’ve been mulling over was this invisible, social barrier creating pockets of disease. We need to understand those barriers.”

Hurtado’s field research plans for 2012 includes a new project with colleagues in Panama and Paraguay at the Smithsonian Tropical Research Institute and the Centro para el Desarrollo de la Investigacion Cientifica, to study indigenous health and explore the evolutionary origins of public health as well as health transitions in indigenous populations moving into modern environments.

“We are very much behind in the 21st century. There are 3 billion people in the world today who do not have access to clean water, sanitation and are infected with intestinal worms that make them susceptible to bacterial and viral diseases,” Hurtado said. “Now these diseases can rapidly spread around the world, since populations are networked through frequent social interaction and transmission is much faster than ever before in human history. We have a time bomb right now in global health.”

Hurtado is grateful for the interdisciplinary and trans-disciplinary environment at ASU that allows her to expand her research into other disciplines and work with researchers outside of her field of study. She credits this synergistic environment of ideas and communication as a major factor in articles she has published on unique social structure and cooperative breeding in human societies in the past year with her husband Kim Hill in the journals Nature and Science. “The vision of interdisciplinary discovery at ASU has worked for us beautifully,” she said.

The American Academy of Arts and Sciences is a leading center for independent policy research. Members contribute to Academy publications and studies of science and technology policy, energy and global security, social policy and American institutions, the humanities and culture, and education.

The newly elected members will be inducted at a ceremony on October 6, 2012 at the Academy’s headquarters in Cambridge, Massachusetts. Hurtado joins 11 other members from ASU who have been elected through the years: Luc Anselin, Leland Hartwell, Michael Hechter, Bert Hoelldobler, Elinor Ostrom, Robert Page, Edward Prescott, Stephen Pyne, Osvaldo Sala,  Milton Shaw and Billie Lee Turner.

For ASU alumnus Ariana Hilborn, sunrise is like a dropped flag signaling her time to hit the pavement and train for her career as a marathoner.

As the sun slowly begins to rise each morning, most Arizonans are still enjoying the last few hours of sleep. But for Ariana Hilborn, sunrise is like a dropped flag signaling her time to hit the pavement and train for her career as a marathoner.

But this was not always the case for Hilborn. The ASU alumnus decided to leave her job as an elementary school teacher and her comfort zone to pursue her dreams. 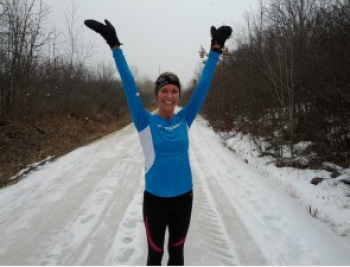 “I didn’t run in high school or college," Hilborn says. "I just ran on the treadmill at the gym to stay in shape. I always wanted to run a marathon, but kept putting it off and no one wanted to run with me.”

That all changed when she met her husband Matt. In 2008, they decided to accomplish a “bucket-list dream” of finishing a marathon and signed up for the P.F. Changs Rock and Roll Marathon.

Not being avid runners, the Hilborns decided to train with the Leukemia and Lymphoma Society’s Team in Training after having lost relatives to leukemia. The foundation is focused on raising awareness and funds for cancer patients and their families by training runners, walkers and triathletes. The pair finished the race in 4 hours and 36 minutes.

“The whole experience was emotional,” she recalls. “The last few miles were pretty awful and I started crying, but when I crossed the finished line it was totally worth it. Women were coming up and thanking me for doing the run.”

Since then, Hilborn has participated in 11 marathons and dropped two hours off of her time. Among her favorites are the Boston marathon, Grandma’s marathon and the San Diego marathon. She says that the most memorable moment in her career was the 2012 Olympic trials this past January, in which Hilborn competed with the top runners from around the nation for a spot in the U.S. Olympics. She placed 29 in the trials with a time of 2:37, which she calls “pretty bad.”

“I would have laughed if someone told me two years ago that I would be at the Olympic trials. It was a surreal experience to be there running with the top runners in the country,” she said.

Hilborn plans to compete in the 2016 Olympic trials, where she hopes to break a time of 2 hours and 30 minutes. In preparation for this, she is moving to Michigan to join the Hansons-Brooks Distance Project, which is an Olympic development program exclusively for post-collegiate athletes. To date the program has produced several notable athletes including, ASU’s very own Desiree Davila, who will represent the United States in the 2012 London Olympic Games.

One aspect of the training that Hilborn is most looking forward to is being able to work with other female athletes.

“I’m really excited to be out there in such great company. It will be healthy competition and great to meet so many awesome people. We will all be able to learn from each other,” she said.

Aside from benefitting her health, Hilborn credits running with changing both her and her families lives. She says that her family has been so inspired by her success that they are now competing in marathons as well. For her, the sport is also a way to clear her mind and relieve any stress she is feeling during the day.

And when she isn’t training, the Scottsdale native enjoys relaxing at home with her husband and spending time with friends – so long as she can be in bed early to run the following morning.