Two Arizona State University professors can add an unusual honor to the long list of accolades they have received: An asteroid has been named after each of them. This "out-of-this-world" honor has been conferred on professors Phil Christensen and Dave Williams. The two planetary geologists, both faculty members in ASU’s School of Earth and Space Exploration, now have even more reason to be gazing at the night sky.

You know the names of our solar system’s planets, but you might not have realized that thousands of asteroids and minor planets revolving around the sun also have names. 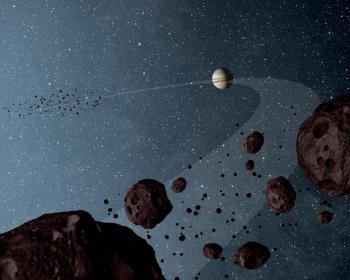 Asteroid (10461) Dawilliams was discovered on December 6, 1978, by E. Bowell and A. Warnock at Palomar Observatory. It orbits about 2.42 astronomical units from the Earth in the Main Belt, the vast asteroid belt located between the orbits of Mars and Jupiter.

Despite Hollywood’s love of Earth-smashing asteroid blockbusters, Williams has no worries that “his” asteroid will make doomsday headlines.

“It’s very unlikely that it will hit Earth, as it is in a stable orbit in the Main Belt,” explains Williams.

Also honored with an asteroid named for his work is Christensen, the instrument scientist for the OSIRIS-Rex Thermal Emission Spectrometer, a mineral-scouting instrument on the OSIRIS-REx mission to asteroid Bennu. He was also the principal investigator for the infrared spectrometers and imagers on NASA’s Mars Global Surveyor, Mars Odyssey and Mars Exploration Rovers.

The asteroid is named (90388) Philchristensen and, like Williams’, it too is a Main Belt asteroid that is relatively small – approximately 4.6 kilometers (2.8 miles) across. It was discovered November 24, 2003 by the Catalina Sky Survey. It also poses no risk of collision with Earth.

“My research has long focused on Mars,” says Christensen. “But my broader interests involve all solar system bodies, and I’ve spent the last several years working on an asteroid mission. I really appreciate this honor.”

What’s in a name?

Having a namesake in the sky is no small honor. Unlike the selling of star names over the Internet, the naming of asteroids is serious business, presided over by the International Astronomical Union (IAU), an organization of professional astronomers.

Upon its discovery, an asteroid is assigned a provisional designation by the Minor Planet Center of the IAU that involves the year of discovery, two letters and, if need be, further digits. When its orbit can be reliably predicted, the asteroid receives a permanent number and becomes eligible for naming. Proposed names must be approved by the IAU’s Committee on Small Body Nomenclature.

Although many objects end up being named after astronomers and other scientists, some discoverers have named the object after celebrities. All four Beatles have their names on asteroids, for example, and there is even one named after James Bond – Asteroid (9007) James Bond.

“I was very surprised to receive this honor from the astronomical community. Only a select few of the Dawn at Vesta participating scientists, who did exemplary work during the mission, were so honored,” said Williams, whose expertise in mapping of volcanic surfaces has been key to developing geologic maps of planetary bodies that include Mars, Io and Vesta.

Christensen and Williams share this honor with several colleagues in the School of Earth and Space Exploration. The following all have namesakes in the sky:

It's complicated: Analyzing the costs, benefits of gene-modifying technology

A new paper in the journal Science calls for a public discussion regarding the scientific, ethical and regulatory issues that would arise with use of a genetic engineering technology called gene drives.

It's complicated: Analyzing the costs, benefits of gene-modifying technology

What if we had the technology to eradicate malaria and other insect-borne diseases, save native species of plants and animals by controlling invasive populations, and reverse the development of pesticide and herbicide resistance to save vulnerable crops? How would we make sure that the same technology is not used to wipe out endangered, keystone species of plants and animals, leading to unintended, even major ecological side effects?

A new paper in the journal Science* aims to initiate a conversation to find answers to these critical questions. Published by an interdisciplinary team of researchers from Arizona State University, Harvard University, the Massachusetts Institute of Technology and the Woodrow Wilson International Center for Scholars, the paper calls for a public discussion regarding the scientific, ethical and regulatory issues that would arise with use of a genetic engineering technology called gene drives. 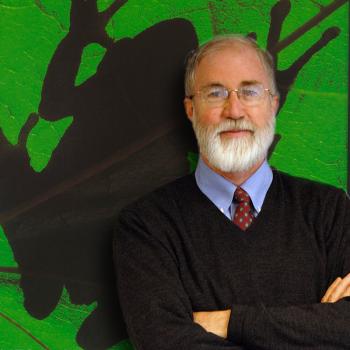 Gene drives are genetic systems that can alter the usual rules of sexual reproduction. In a bisexual species, a gene typically has a 50 percent chance of being inherited by an offspring, but a gene drive can greatly increase the odds that a particular gene will be passed on to the next generation. Using a powerful, new genome-editing tool called CRSPR/Cas9 Genome Editing, scientists can, in principle, accurately insert, replace, delete or regulate genes in many different bisexual species by programming RNA to edit precise sequences of DNA, and therefore, its associated traits.

“We’ve altered ecosystems for centuries, but this new technology puts in our hands the capacity to alter organisms in very specific ways and cause very large changes,” said evolutionary ecologist James P. Collins, Virginia M. Ullman Professor of Natural History and the Environment at ASU’s School of Life Sciences, who contributed to scientific and ethical aspects of the paper. “We propose that conversations regarding the future of using such technologies need to happen in regulatory and funding agencies, and among ethicists, life scientists and the public, so that we can make wise decisions regarding the release and application of this emerging technology.”

While the use of gene drives in populations was proposed some years ago, genetic tools to alter almost any gene in a sexually reproducing species and spread the altered traits through wild populations over generations are now available in principle.

Because the drives can only spread traits over generations, they will be most effective in species that reproduce quickly or can be released in large numbers. For insects, it could take only a couple of years to see a desired change in the population at large, while slower-reproducing organisms would take much longer. Altering human populations is not feasible because it would require many centuries.

Among its many benefits, the technology could be used to eliminate insect-borne diseases, such as malaria and dengue, that kill millions of people every year, eradicate invasive species that cause an estimated billions of dollars in damages every year in the United States, and reverse pesticide and herbicide resistance.

Nonetheless, there are concerns regarding unexpected and possibly harmful side effects.

“From the point of view of an evolutionary biologist, the question is, 'Will an altered genome be stable?' and 'Is it possible for the altered part of a genome to move from a targeted species to a possibly beneficial species for which it was not intended, driving it to extinction, thus changing ecosystems or having other unforeseen consequences?'” said Collins.

The innovative nature of gene drives also poses regulatory challenges. “Simply put, gene drives do not fit comfortably within existing U.S. regulations and international conventions,” said political scientist Kenneth Oye, co-lead author of the research paper and director of MIT’s Program on Emerging Technologies. “For example, animal applications of gene drives would be regulated by the U.S. Food and Drug Administration as veterinary medicines. Potential implications of gene drives fall beyond the purview of the lists of bacteriological and viral agents that now define security regimes.”

The paper proposes instituting safety measures to control the possible adverse effects of gene drives. Proposed gene drives should be evaluated on a case-by-case basis, taking into account the trait, species and ecosystem in question. Controlled testing in laboratories located in areas where target species can’t survive and reproduce, or development of an alteration-reversing version for every single gene drive are additional examples of precautionary actions.

When asked if scientists should rethink the development and use of technologies like gene drives, Collins offered this insight:

“Humans would not have the quality of life that we have if it weren’t for many technologies that we have now, including genetic modification,” said Collins. “A good rule of thumb to assess the benefits and drawbacks is to take a step back and invite feedback from a cross-section of experts from various disciplines. There should be a very deliberate effort to bring different voices to the table, such as people familiar with regulatory, scientific and ethical issues, and experts who can offer historical and philosophical advice regarding a proposed manipulation. A guiding principle is first, do no harm.”

Collins is an evolutionary ecologist whose research group studies the role of host-pathogen interactions in species decline and extinction. They use amphibians, along with viral and fungal pathogens, as models for studying factors that control population dynamics. Collins’s other research is focused on historical and intellectual factors that have shaped the development of ecology as a discipline, and on ecological ethics.

His expertise in population dynamics led him to serve as director of the Population Biology and Physiological Ecology program at the National Science Foundation from 1985-1986. He also served as the foundation's assistant director for Biological Sciences from 2005-2009. Collins was chair of the zoology and then biology department at ASU from 1989-2002.

The School of Life Sciences is an academic unit in ASU's College of Liberal Arts and Sciences.