As an assistant professor of English at Scripps College in California, Wernimont focused on 16th- and 17th-century British literature, mathematics, history of science and digital humanities. She has been a pioneer in areas where feminism and digital humanities intersect, participating in creative efforts such as the world’s first Distributed Online Collaborative Course, a feminist response to Massively Open Online Courses (MOOCs), and the Feminist Scholars Digital Workshop. 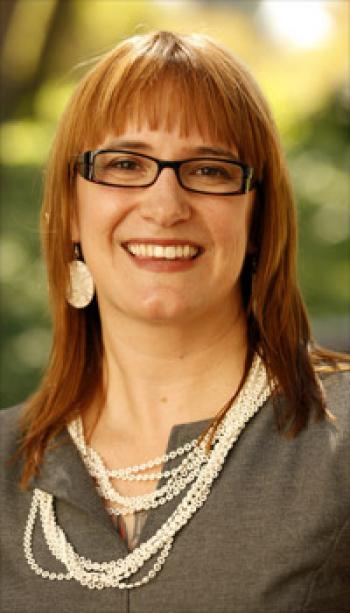 One past result of her interdisciplinary interests was an experiment she conducted with a student to transform a poem into an algorithm, and then into a 3-D object.

“There is a sense that humanities are in many ways late to the digital game,” says Wernimont, “and while digital humanities is a relatively new field, questions about relationships of technology to humanistic inquiry aren’t new at all. They date back at least to Plato’s concern with the value of poetry.”

Wernimont looks forward to continuing these types of conversations and working with ASU students in the true spirit of interdisciplinarity at the New American University. She earned her bachelor's from the University of Iowa and her master's and doctorate from Brown University.

The School of Historical, Philosophical and Religious Studies and the Department of English are academic units in the College of Liberal Arts and Sciences at Arizona State University.

Arizona State University has hired Matthew Delmont to be a professor of African-American history in the School of Historical, Philosophical and Religious Studies.

Arizona State University has hired Matthew Delmont to be a professor of African-American history in the School of Historical, Philosophical and Religious Studies.

Delmont comes from Scripps College in Claremont, California, where he was an associate professor of American studies. His research interests include popular culture and media studies, urban history and the history of education. His first book, “The Nicest Kids in Town: American Bandstand, Rock’n’Roll, and Civil Rights in 1950s Philadelphia” (University of California Press, 2012), reveals how the prominent national television program discriminated against black youth, and how black teens and civil rights advocates protested this discrimination. He is working on his second book, “Why Busing Failed: Race, Media and the National Backlash to School Integration” (University of California Press, pending). 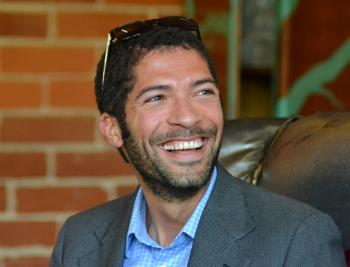 Matt Garcia, director of the school, considers Delmont a major hire for multiple reasons. “We are fortunate to add such an innovative scholar to our faculty. Matt’s work is cutting-edge for the ways he incorporates digital tools into his research and teaching. He represents a new generation of scholars whose work is being ‘born-digital’ and shared more broadly than previous work that was confined primarily to academia.”

Delmont will contribute to the growth of programs in American studies and public history. “I am particularly excited about developing opportunities to research and teach African-American history in ways that extend beyond the traditional classroom setting,” he says. “Also, I am the first person in my family to earn an advanced degree, and I am eager to mentor and support first-generation students at the undergraduate and graduate levels.”