By the time Hana Alkahlout graduates from Arizona State University this May with her bachelor’s in global health, she will have already positively impacted the health of her community. 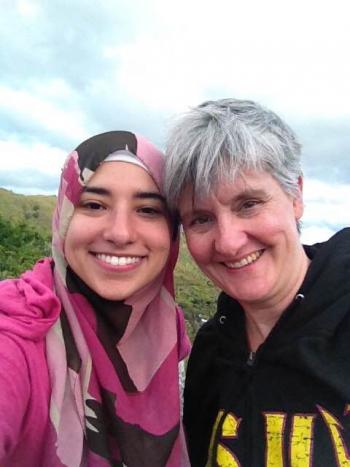 Alkahlout has been working with local Ethiopian immigrant women to determine their perspectives, and the barriers they face, in obtaining primary health care.

For her final research project, Alkahlout interviewed eight women about their access to – and the quality of – their primary health care. She was tipped off to the need for such research by her fiance, an ASU alumnus who was born in Ethiopia and was aware of the lack of primary-care treatment among Ethiopian refugee women.

After conducting one-on-one interviews, Alkahlout discovered that a number of issues were at play to make primary care a neglected resource for this population.

She found that women preferred to self-treat with traditional remedies, such as black seed, garlic, flaxseed and ginger, some of which can exacerbate existing health issues or lead to new ones.

In addition, though all of the women had health insurance, they hesitated to seek treatment from primary-care physicians because they didn't understand the term “primary care” and had experienced difficulties during prior visits.

“There is a communication barrier and a lack of cultural understanding,” explained Alkahlout, who mentioned that one interviewee detailed a hostile encounter with a doctor. “The women are ashamed, nervous, even afraid to speak with physicians.”

Most of the women told Alkahlout that if symptoms worsened, they would seek medical care at a hospital. The exception was if a child was involved. The women stated they would seek primary care to ensure a healthy pregnancy.

Alkahlout is now translating her research into real-world results. She is designing educational workshops for immigrant Ethiopian women where she will stress the importance of preventive care, the purpose of primary care and the need for follow-up treatment after a pregnancy.

She will hold the workshops at a local mosque, where she believes the women – who are Muslim – will feel more comfortable.

Ultimately, she wants to get her research results into the hands of physicians and policymakers, who can broadly apply them.

“If physicians can address the use of traditional remedies and encourage continued care after delivery, as well as inform patients of the breadth of issues primary-care providers can handle, many benefits will follow,” she noted.

Alkahlout is on track for a career in medicine. To create a well-rounded background, she plans to obtain a master’s in either public health or biomedical sciences before continuing to medical school.

Recently, she has been shadowing a local neurologist, providing her with valuable clinical experience. She is learning about various specialties before deciding whether she wants to specialize. At this point, she is leaning towards primary care.

One thing she has already decided is that she will work with underprivileged populations. She will also emphasize getting to know each patient as an individual and taking into account cultural and socioeconomic backgrounds.

Alkahlout received a close-up look at the need for the latter during her program’s required study-abroad program. She traveled to New Zealand and learned about health-care disparity and culturally based health challenges among the indigenous Maori people. The experience proved life-altering for Alkahlout, who became more determined than ever to pursue a career as a healer.

Monica Gaughan, an associate professor in the School of Human Evolution and Social Change, led the New Zealand program in which Alkahlout participated. The two hit it off immediately, and Gaughan became something of a mentor to Alkahlout, guiding her through her studies at ASU.  The two are now collaborating on an academic article based on Alkahlout’s research, which they plan to place in a social-sciences journal.

“I think of her as a friend. I can go to her with any problem,” Alkahlout said of Gaughan. “She has offered so much good advice.”

Gaughan is pleased to have played a part in helping Alkahlout move closer to achieving her dreams and is excited about her work and her potential.

“Hana is the kind of person I would like to have as a physician: She is smart, compassionate, hard-working, direct and funny. Her project shows the ways in which she will incorporate cultural components into her practice, to the benefit of her patients and their families,” she said.

As her time at ASU wraps up, Alkahlout is reflective of how far she has come and how many people she has to thank for her journey thus far.

First and foremost, she is quick to point to her mother as her biggest inspiration: a lifelong lover of education who returned to college in her 50s to complete her degree. Then, there are her sister and brother-in-law, who paved the way for her in Arizona and provided a place for her to stay while studying at ASU. Her fiance, Gaughan, numerous friends, faculty and co-workers are also on her gratitude list.

When asked to name her most meaningful memory from ASU, Alkahlout couldn’t choose just one. “There are so very, very many,” she replied. “ASU gave me the courage to dream.”

She smiled as she listed a few of her highlights, from meeting her fiance and having him propose outside the Memorial Union, to gaining a job as an office assistant and making friends at her work and in class.

Alkahlout said, “I don’t want to leave a learning environment. But that’s the great thing about being a physician: You don’t have to. You always have to keep up with developments in medicine and learn new things to help your patients.”

The School of Human Evolution and Social Change is an academic unit of the College of Liberal Arts and Sciences.

After moving from Utah to Phoenix to sell alarms door-to-door, Brian Burrows decided he was ready to make a change. At age 27, he applied to ASU to study animal physiology and behavior, as well as biochemistry.

After moving from Utah to Phoenix to sell alarms door-to-door, Brian Burrows decided he was ready to make a change. Though all but one of his five older siblings had either never gone to college or never finished, Burrows wanted to pursue medical school. 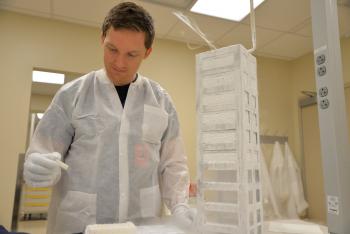 “I was talking with my siblings and asking what they would have done differently, and they told me what they regretted,” Burrows said. “That gave me ideas and direction on what I should do.”

At age 27, he applied to Arizona State University and joined the School of Life Sciences’ animal physiology and behavior degree program, as well as the Department of Chemistry and Biochemistry’s biochemistry program.

As an older, non-traditional student, Burrows said he originally just went to class and left campus afterwards – not interacting with his classmates. But over time, that changed.

His early classes piqued his interest in neuroscience, leading to his desire to learn what makes the brain tick. However, it wasn’t until he started doing research in a neuroscience lab that his love of research and bond with ASU really took hold.

“I worked with a lot of really cool post-docs and faculty in professor M. Foster Olive’s lab,” Burrows said. “They put a lot of trust in me, which was awesome, and that allowed me to research what I was interested in.”

After spending an entire year at the institute analyzing data to prove his dedication to research, his hard work paid off in the form of a full-time position. Now, Burrows is called in to neurosurgery procedures to collect cerebrospinal fluid, store it in liquid nitrogen and build a repository of material that can be examined for research down the road.

Burrows said he finds his current work so rewarding, he hopes to continue it as a neurointensivist or neurosurgeon after getting into and finishing medical school. However, because he wants to pursue research, he is looking for a medical school program with a research intensive fifth year so he won't have to sacrifice his true passion or be too old when he graduates.

As he says goodbye to ASU, Burrows said he would always treasure the awards ceremony where he was named “Student of the Year in Biological Sciences – Animal Physiology and Behavior,” though not just because he was being honored. He said he was more thrilled to be in the company of his fellow award winners in the School of Life Sciences, as he was truly impressed by how much they accomplished at such young ages.