In 2013, former foster youth got a big boost with Senate Bill 1208, which provides a college-tuition waiver for those who age out of the foster-care system.

But financial assistance is only one hurdle to getting a degree. A new program at ASU is addressing other challenges. 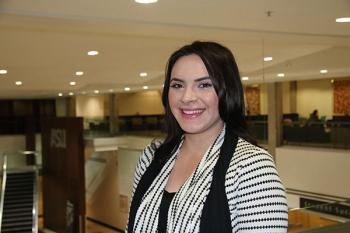 “Many former foster youth simply do not have the same support systems as their peers – from stable housing to role models,” said Cynthia Lietz, associate dean in the College of Public Service and Community Solutions.

“Without the preparation and resources, these challenges can easily derail students from pursuing, and achieving, a college degree.”

“We are adapting existing resources to meet the unique needs of these young adults,” said Jeanne Hanrahan, liaison for University Academic Success Programs administration. “We can provide a landing place for youth to enter ASU, get prepared for college life and get connected to a safety net that will support them to graduation.”

The first cohort of students will participate in a one-week program before the start of the fall semester. In addition to getting oriented to the campus and the resources available, the programming helps students build life skills and a circle of friends.

“As a former foster-care child and a college graduate, I see Bridging Success Early-Start as a way to provide students with the necessary foundation for success in their first year,” said Desaray Klimenko, who earned a bachelor’s degree in social work and is now pursuing her master’s degree at ASU. “Programs like this are pivotal in realizing the dream of obtaining an education.”

“This is more than an ASU effort,” Lietz said. “Our community partners, including the Department of Child Safety, Arizona Children’s Association, Arizona Friends of Foster Children Foundation and Children’s Action Alliance, are working together to optimize the promise of Senate Bill 1208.”

Bridging Success Early-Start also adds another layer of support to Bridging Success, launched recently with funding from the Nina Mason Pulliam Charitable Trust. The program connects current and prospective students with resources to help them persist in achieving a college degree.

Both Bridging Success and Bridging Success Early-Start are a partnership between ASU’s College of Public Service and Community Solutions, and the University Academic Success Programs. They are open to students in across all majors.

ASU professor to investigate 'intellectual migration' between India, US

As a Fulbright-Nehru Senior Scholar, ASU professor Wei Li will spend a few months each in 2016 and 2017 looking deeply into patterns of migration between the United States and India.

ASU professor to investigate 'intellectual migration' between India, US

ASU professor Wei Li has focused her career on promoting cultural understanding, especially between new immigrant groups and native-born residents, in the United States, Canada and in locations around the world.

Li has explained how the opportunity to obtain business development loans was critical to Chinese immigrants to the United States and Canada. After Hurricane Katrina devastated New Orleans in 2005, she compared the experiences of African-American and Vietnamese-American evacuees. 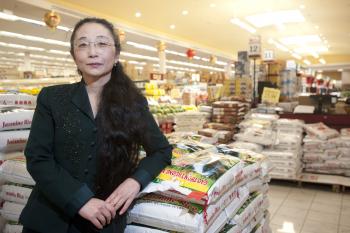 More recently, Li, who has been named a Fulbright-Nehru Senior Scholar, has turned her attention to the rapidly-growing segment of international immigrants who are highly educated – holding at least bachelor's degrees and often more advanced degrees. In one effort, she compared highly-skilled immigrants to the United States and Canada, focusing especially on individuals from India and China.

“Highly skilled international migrants from China and India are facing different challenges in these two countries,” Li explained. “In Canada, immigration policies make it easier for immigrants to obtain permanent residency and political rights, but many are unemployed or underemployed, or are waiting for their applications to be processed in their home countries.

“In the United States, on the other hand, many are employed in occupations that utilize their knowledge and technical skills; but without permanent residency, they are disfranchised politically.”

On the other hand, in a world where specialized knowledge is increasingly critical – the “knowledge economy” – competition for highly-skilled talent in is high.  Migrants who build successful careers in their new countries often find that opportunities exist elsewhere, too – either in their home countries or in areas around the world.

Another key question is, “What connections do those who return to their home countries continue to maintain with colleagues in the US?” These ‘transnational’ connections – extending across national boundaries – bring benefits to both countries.

Li, with her experience and interest in understanding cultures, is drawn to work towards understanding transnational connections as well as forces that impact where intellectual migrants choose to live.

India is the top source of highly-skilled migrants to the United States, so understanding US-India migration patterns is critical.

“Understanding these patterns will offer significant insights on how the United States can develop policies that will maintain its position as a leader in science, technology, engineering and mathematics, and its status as a magnet that attracts talented individuals from around the world,” Li explained.

As a Fulbright-Nehru Senior Scholar and funded by the United States–India Educational Foundation, Li will spend a few months each in 2016 and 2017 looking deeply into patterns of migration between the United States and India.

“Like migrants who already have advanced education, college students come to the United States in search of better futures,” Li said. “Students often consider taking jobs in the country where they did their studies.  It makes sense to consider these groups together.”

Li has coined a term for the phenomena of international migration among students and those with degrees, including those who continue to live away from their native country and those who return – “intellectual migration.”

The first phase of the research project will be to compile more accurate counts of migrations flows between India and the United States. Knowing more accurate numbers of migrants since 1991 (students as well as skilled laborers) and building a picture of how many of these individuals stayed in the US for a period of time and how many returned, will make it possible to better understand the changing scope and pace of migration.

In the second phase of the project, Li, along with Indian colleagues, will conduct an online survey of students at an Indian university, gathering information on the students’ past migration history, career plans, intentions to continue their studies either in the US, India or elsewhere, and more. To assist in interpreting the survey results, Li and her colleagues will conduct in-person interviews with some of the survey respondents.

Finally, Li will lead in conducting interviews with individuals who returned from the US to work either at an Indian University or at an Indian government agency.

“Intellectual migration can benefit both the ‘sending’ and the ‘receiving’ country,” Li said. "Both countries benefit from the expertise and creativity of the migrants. Whether they return home or stay in the ‘receiving’ country, intellectual migrants often continue to collaborate with colleagues in places where they’ve lived previously, helping build knowledge that’s beneficial around the globe.”

The Fulbright Program that will support Li’s work is the flagship international educational exchange program sponsored by the US government. Its goal is to increase mutual understanding between people of the United States and people of other countries. Wei Li is a faculty member in ASU’s College of Liberal Arts and Sciences, with a joint appointment between Asian Pacific American studies in the School of Social Transformation and the School of Geographical Sciences and Urban Planning.