A newly published research study examining only marketing directed at children on the interior and exterior of fast food restaurants has found that the majority of black, middle-income and rural communities are disproportionately exposed to such marketing tactics.

Authored by Arizona State University researcher Punam Ohri-Vachaspati and her colleagues, the study is the first to examine the use of child-directed marketing on the interior and exterior of fast food restaurants and its relationship to demographics. It adds to a substantial body of literature on the effects of various marketing efforts on fast food consumption and their relationship to health outcomes in children. 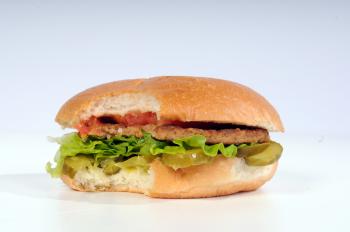 In the United States, fast food is the second largest source of total energy in the diets of children and adolescents. It provides 13 percent of total calories consumed by 2- to 18-year-olds. Every day, almost a third of children aged 2 to 11 years and more than 40 percent of 12- to 19-year-olds consume food and drinks from fast food restaurants.

“Fast food companies in the U.S. spend nearly a quarter of their marketing budgets targeting youth aged 2 to 17 years,” said Ohri-Vachaspati, an associate professor of nutrition in the School of Nutrition and Health Promotion. “In 2009, fast food restaurants spent more than $700 million to market their products to children and adolescents; nearly half of the amount went toward premiums such as kids’ meal toys.”

The study considered a total of 6,716 fast food restaurants – chain and independently owned – between 2010 and 2012. The businesses were selected from a national sample of 434 communities where public middle and high school students reside. Community-specific data were obtained at the block group level and included information regarding median household income, ethnicity and degree of urbanization.

“Marketing food to children is of great concern not only because it affects their current consumption patterns, but also because it may affect their taste and preferences,” said Ohri-Vachaspati, who studies the role that food marketing plays in driving behaviors and assesses the impact of food environments and policies in schools and in community settings. “We know that consumption of fast food in children may lead to obesity or poorer health, and that low income and minority children eat fast food more often.”

According to Ohri-Vachaspati, while several major U.S. food and beverage companies and fast food restaurants have created the Children’s Food and Beverage Advertising Initiative and taken other steps to encourage marketing of healthier food and beverage choices to children, there’s room for improvement.

“Despite the self-regulatory efforts, a stronger push for providing and marketing only healthy foods to children is needed, especially in disadvantaged populations,” she said. “We know that fast food is convenient and inexpensive and is often used by parents to provide quick meals to their children. We want to make it easier for parents and children, especially those at greater risk for poor diet and health, to make healthier choices by marketing only healthy food options that meet dietary guidelines to children.

“Another goal of the study is to track patterns. As marketing strategies targeting children in media are restricted as part of self-regulation, an increase in such efforts may or may not occur at restaurants. We’d like to present evidence to inform future industry and public policy initiatives.”

The study has been authored by Punam Ohri-Vachaspati from Arizona State University; Zeynep Isgor, Leah Rimkus, Lisa M. Powell, and Frank J. Chaloupka from the Institute for Health Research and Policy at the University of Illinois at Chicago; and Dianne C. Barker from Barker Bi-Coastal Health Consultants, Inc. in Calabasas, California.

The analytic sample used in the study is part of the Community Obesity Measures Project of Bridging the Gap, a nationally recognized research program funded by the Robert Wood Johnson Foundation.

Arizona State University quarterback Taylor Kelly has been named a member of the 2014 National Football Foundation National Scholar-Athlete Class and is a finalist for the 2014 William V. Campbell Trophy.

Arizona State University quarterback Taylor Kelly has been named a member of the 2014 National Football Foundation National Scholar-Athlete Class. Kelly was one of 17 student-athletes selected from a nationwide pool of 169 semifinalists from among all NCAA divisions and the National Association of Intercollegiate Athletics.

Kelly is also a finalist for the 2014 William V. Campbell Trophy, which is college football's premier scholar-athlete award and recognizes an individual as the absolute best scholar-athlete in the nation. 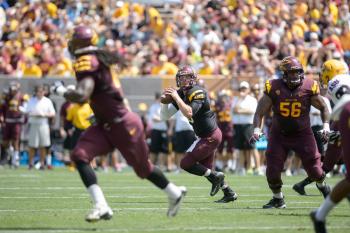 One of three quarterbacks and two Pac-12 student-athletes in the 2014 class, Kelly is the fourth National Scholar-Athlete from ASU and the school’s first since offensive lineman Grayling Love in 2005.