Flipping through the glossy pages of fashion magazines, it’s easy to dream about working in the fast-paced industry of runway shows and go-sees. For one Arizona State University student this dream came true, and led to a summer she won’t easily forget. 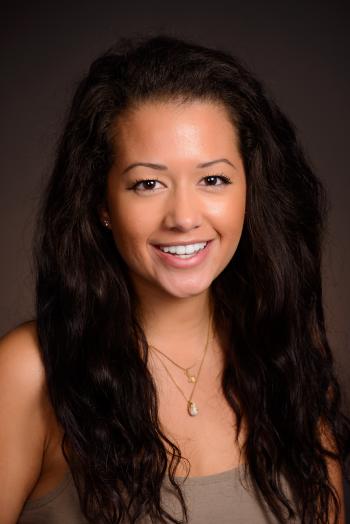 After going through a phone interview with the company, Alexandra Rojeck says she began losing hope when she didn’t hear anything for a few weeks. Finally, she received an email from De la Renta’s team offering her the internship. With that, it was off to NYC for a summer of hands-on learning from one of the world’s top designers.

“I had a wide range of responsibilities. Everything from coffee runs to working on packaging design for fragrances. It was a well-rounded internship,” she said.

Her other responsibilities included steaming garments for photo shoots, assisting with in-house photo shoots for look books, designing email templates and – her favorite – developing retail spaces. Another perk of the job included previewing collections before they hit the runway – a fashion lover's dream.

“Fashion is exciting because you never get bored. It was cool to see the dresses, but we had to keep everything very hushed,” she said.

For Rojeck, the freedom to work with various departments within the company kept things interesting and fun. She also valued being a part of the entire creative process.

“I enjoyed seeing the process from start to end. It was cool to set up for the photo shoots, help edit the photos and then take direction on how they should be used on the actual packaging,” she said.

As for running into the fashion mogul himself, Rojeck says that she didn’t directly meet De la Renta but saw him from across the room a few times. She did, however, bond with his staff that took the time to mentor her.

“They gave me really valuable advice. A big thing they stressed was the importance of building relationships and networking. You have to put yourself out there so that you can make connections. These connections can lead you to a job because a person liked your personality and thinks you would make a good addition to their team,” she said.

When she wasn’t in the office, the senior at ASU enjoyed seeing the sights, hanging out with friends who lived nearby and taking in the non-stop activity from the city that never sleeps.

Rojeck plans to make the most of her final year at ASU, but can’t wait to join the workforce full time. She is open to moving back to California upon graduating or securing a job in New York with a high-fashion design team. Either way, the sky is the limit for this fashion-forward Sun Devil.

Sam Martone, a Master of Fine Arts student in the Department of English, has combined his love for video games and storytelling into a talent for writing short stories.

Imagine for a minute that you are casually walking through the town of Mostroferrato and come across a man who asks you to retrieve the Circle of Fire and the Circle of Water to test your worthiness. Should you agree? Should you turn around and run home to Gotha? 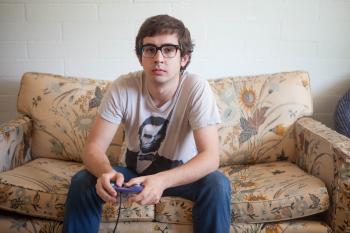 If you read “For A Time I Lived There,” by Sam Martone, a Master of Fine Arts student in the Department of English, you would surely know the right answer to this conundrum.

Martone, a native of Tuscaloosa, Ala., describes the piece as a “series of video game player’s guide memoir fictions.” The short stories also contain flecks of his own life and demonstrate his love of video games, particularly Dragon Quest V.

“I don’t remember making the decision to be a writer, but I was always coming up with stories for my own video games. I didn’t have the programming skills, but would write down the plot and game controls,” he said.

In high school Martone took a creative writing class where he was inspired by a writer named Brian Oliu, who read a story about himself as Pac Man and his ex-girlfriends as the ghosts.

“It was the moment when I realized this is something I could do. I could incorporate my interests into my writing and have fun with it,” he said.

Growing up with parents who are full-time writers, Martone says that he was always surrounded by books. But instead of taking up their interests, he focused on monsters and magical realms.

The rest, as they say, is history. Martone has written several short stories, including one titled “The Last Tour,” which recently placed second in the Sarah Lawrence College Literary Contest. Corgi Snorkel Press also chose it as a featured summer chapbook. In the story, Martone takes readers on a tour of a museum with mystifying displays, like the hall of widows, a black box gallery and a room of undeliverable letters where lost mail is brought.

He is also finishing up a collection of stories based on popular films. One titled “Cut to the Chase” examines cliché chase scenes, while the other story focuses on cliché horror movie scenes. His goal is to peel back the layers within each genre and “turn them on their heads.”

Martone says that he would eventually like to tackle realistic and long format works. After he completes his studies at Arizona State University, he would like to secure a job at a university. That is, of course, until he is able to become the next great writer of his generation.