Arizona State women's basketball wants to show appreciation to the ASU faculty and staff for their dedication to the university, Sun Devil Athletics and student athletes.

Cheer on our nationally ranked women’s basketball team at 7:30 p.m., Feb. 4 for the "gold" game as we take on our rivals from down south. To show our continued appreciation, join us to beat the University of Arizona Wildcats by using the promo code "GOLD" for $5 admission. Click here for tickets.

The Sun Devils need you to help conquer the Kitty as one.

Cynthia Bejarano says her ASU experience in the justice studies doctoral program was pivotal to her research and advocacy efforts today.

Bejarano was one of three exemplary faculty members named to the professorship in a ceremony on Jan. 14. New Mexico State Regents' Professorships recognize faculty who have made outstanding contributions to the university's mission and honor contributions in education, research, extension education and public service. 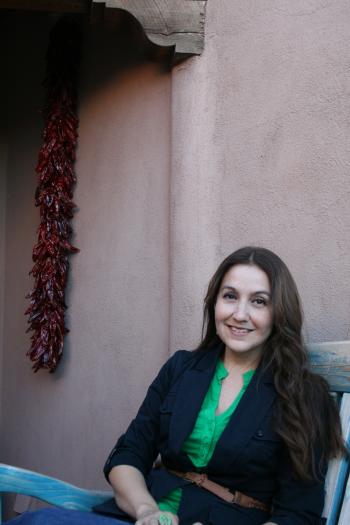 Bejarano, who earned her undergraduate and master’s degrees at New Mexico State, joined the faculty there as an assistant professor in 2001. She is a Stan Fulton Endowed Chair and has received the Donald C. Roush Excellence in Teaching Award during her tenure at the university.

A native New Mexican, Bejarano has dedicated her career to justice for women, minorities and the economically disadvantaged, with special attention to migrant farm workers and to gender violence against women in Mexico borderlands.

Bejarano is co-editor of "Terrorizing Women: Feminicide in the Americas" and author of "Qué Onda?: Urban Youth Culture and Border Identity."

“The academic training and research experience I received at Arizona State University was foundational to the justice work that I do along the Paso del Norte region,” says Bejarano.

“My ethnographic fieldwork as a doctoral student at ASU shaped my understanding of youth identities, and has deeply influenced the work I do in advocating for immigrant youth along the border. The mentorship efforts of Peg Bortner, Cecilia Menjivar and former ASU faculty Michael Musheno and Arturo Aldama were pivotal to my research and advocacy efforts today.”

Justice and Social Inquiry is an academic unit of ASU’s School of Social Transformation, College of Liberal Arts and Sciences.