Maximilian Bourque has been a dancer for most of his life – 14 years to be exact. Tap is his forte. He has gone semi-pro, performed in musical theater and taught technique to kids ages eight to 12.

Based on his talent and background, you might think the Arizona State University undergrad is a dance major. 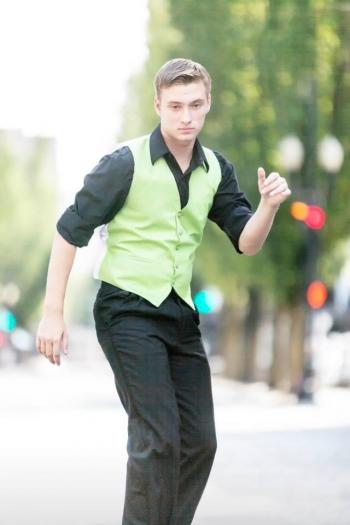 But Bourque is interested in many forms of cultural expression, as well as history and archaeology. Plus, he is a longtime athlete with a head for business. So, he combined his interests and aptitudes into a plan to study anthropology while pursuing a sports marketing certificate.

Bourque was originally captivated by archaeology and, like many in the field, credits the attraction to "Raiders of the Lost Ark."

After exploring the various tracks within ASU’s School of Human Evolution and Social Change in the College of Liberal Arts and Sciences, Bourque gravitated toward sociocultural anthropology. It seems a natural fit – a program that will allow him to study a variety of cultural themes, including dance and sports, and feed his passion to travel the world and learn about its peoples.

“I’m enjoying the university. Everyone tells you how college is harder than high school, but I find it more relaxed,” he explains. “It isn’t about memorizing and doing routine things. Here, you actually learn – learn how to do research, how to explore – and every day is different. It’s challenging in a good way.”

Dorm life has been another easy transition for Bourque, who is making himself at home. His mother sent him a portable tap floor, which he installed and now uses regularly. “I hope I don’t irritate my neighbors too much,” he jokes.

Being in a campus setting has reminded Bourque how rewarding it is to teach. He calls working with his former students “the best” and is looking forward to teaching again. His studio instructor from Oregon is putting out feelers to get him started training youth in the Phoenix area.

Bourque found his way to teaching through his involvement in the International Baccalaureate program, which aims to create culturally aware and engaged global citizens. The program included 50 hours of community service, 50 hours of athletics and 50 hours of creative work. Eight months of instruction fulfilled the creative requirement, and being surrounded by his pupils’ energy and enthusiasm reignited his love of dance, something he had lost while on the competition circuit.

Ultimately, Bourque would like to apply his teaching skills in the world of academia. His ideal career would involve working in an overseas university.

The Walton Sustainability Solutions Initiatives have joined an international network committed to improving life through the development and implementation of USAID-funded programs.

Arizona State University just got one step closer in its efforts to improve the lives of people around the globe.

The Walton Sustainability Solutions Initiatives, a unit of the Julie Ann Wrigley Global Institute of Sustainability, is the newest of 23 internationally renowned members belonging to Volunteers for Economic Growth Alliance (VEGA) – a nonprofit committed to improving life through the development and implementation of USAID-funded programs focused on energy, water, agriculture and economic development across the globe. 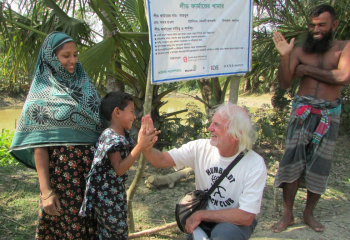 “Joining VEGA assists us in our ongoing effort to expand global partnerships to both international and in-country organizations in more than 140 countries, and will better position the Walton Initiatives to compete for USAID funding,” says Fron Nahzi, global sustainability business development director for the Walton Initiatives. “We look forward to partnering with VEGA’s members on future projects to promote economic growth through local partnerships, innovation and volunteerism.”

VEGA currently has programs located in 28 countries, deploying highly skilled volunteers and consultants to provide technical assistance and training. These expert volunteers are a key component of VEGA’s projects.

To date, VEGA has mobilized more than 65,000 volunteers, including business executives and senior and mid-level professionals, who provide strategic technical assistance, mentoring and support to agribusinesses, producer associations, smallholder farmers, local NGOs, small- and medium-size enterprises and governments to build their capacity for sustainable growth.

As a result of VEGA’s unique structure and network of members and volunteers, members have already successfully implemented international economic development projects with $300 million in support from USAID.