Inc. Magazine has for more than 30 years been one of the premier print publications for entrepreneurs and business owners. Inc magazine received entries from universities all over the United States for the competition and then selected the top seventeen entries which then went to a public vote. 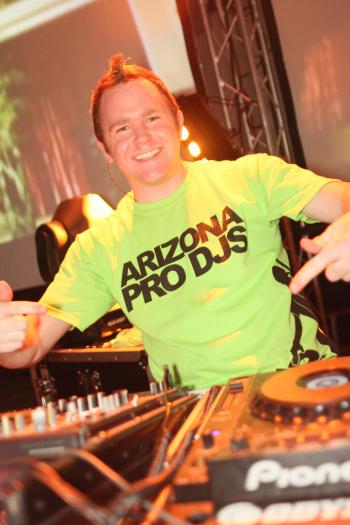 “My staff and I are honored that we were voted to be America's Coolest College Startup. This is fuel for us as we continue our work to expand outside the state of Arizona, and begin building our massive entertainment brand,” said Will Curran, founder and president of Arizona Pro DJs. “The past two years have been tremendously successful, and we cannot wait for the future.”

Curran, a junior at ASU, was also featured in the Arizona Republic’s 35 under 35 – a list of the top 35 entrepreneurs under the age of 35 in the Phoenix Metro area. Curran was the youngest entrepreneur featured in this year’s group.  Additionally, Arizona Pro DJs’ Facebook page was recently named in the top five Facebook pages for small businesses in the world.

The second place winners, G3Box, came up with the idea of turning shipping containers into portable maternity clinics that could be shipped to countries that had extremely high maternal mortality rates. The team began plans to refurbish the containers, adding ventilation, insulation, power, and potable water.

“It was an honor to be selected among the top 18 of college startups to be featured in Inc’s competition,” said Susanna Young, co-founder and CEO of G3Box. “Getting first and second place is a testament to the commitment that ASU SkySong has to getting the word out about the Edson companies’ successes and opportunities. Our G3Box team is grateful for the efforts that the Venture Catalyst team took to support us. We are also proud that Will won. Friendly competition is alive and well here in the Edson cohort and is the catalyst for innovation.”

Both Arizona Pro DJs and G3Box are currently in the ASU Edson Student Entrepreneur Accelerator ,based in ASU SkySong, the Innovation Center in Scottsdale. The Edson accelerator provides funding, mentoring and office space that enables students to advance their ventures.

“Yet another example of how competitive the ASU student startups are in the wider world, particularly those who are in the Edson entrepreneurship initiative,” said Gordon McConnell, director of Venture Acceleration at ASU SkySong. “The companies in the student startup accelerator are doing amazing work, generating revenue, and gaining national exposure.”

Sari Nusseibeh, a Harvard- and Oxford-educated Palestinian scholar whose focus is on peace in the Palestine-Israel area, will deliver the Annual Lecture on Religion, Conflict and Peace Studies.

Sari Nusseibeh, a Harvard- and Oxford-educated Palestinian scholar whose focus is on peace in the Palestine-Israel area, will deliver the Annual Lecture on Religion, Conflict and Peace Studies sponsored by the Arizona State University Center for the Study of Religion and Conflict. 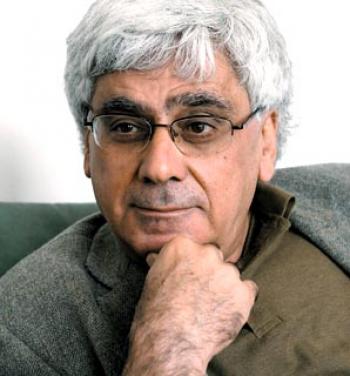 His voice is an important one on the subject, said Yasmin Saikia, who holds the Hardt-Nickachos Chair in Peace Studies and is a professor of history at ASU.

“Sari Nussiebeh provides us a bold and creative language for thinking about peace to resolve the Palestine and Israel problem,” she said. “His compassionate outlook, concern for humanity, and sense of individual responsibility to forge a new direction for peace is inspirational and shines as a beacon of hope.”

Nusseibeh, a scholar of Islamic and political philosophy, was born in Damascus and brought up in Jerusalem, where he is currently president of Al-Quds University. His family website notes that the Nusseibehs have been in Jerusalem for 1,300 years – one of the first Muslim families in the city – and the family holds the keys of the Church of the Holy Sepulchre, along with an obligation to keep the Holy Rock clean.

Nusseibeh taught at Birzeit University in the West Bank from 1978 until 1991, when he was placed under administrative detention in an Israeli jail for three months. Following his release, he joined his colleagues in the Palestinian negotiating team with Israel, heading the technical and advisory committees.

Nusseibeh has written and lectured widely, his ever-increasing focus being the subject of war and peace in his region of the world. His books include “Once Upon A Country,” with co-author Anthony David, and “What’s a Palestinian State Worth?”

The latter has been described as “a tight, philosophical examination of what's actually at stake in the quest for Palestinian statehood.” The book is structured around a series of questions such as “How did we come to this?” “What makes life worth living?” and “Can values bring us together?”

The New York Times said of “Once Upon a Country” that it is “largely a political memoir, about a reluctantly political Palestinian trying to bring politics to his people, as the forces of occupation, religion and terrorism interfere with the very possibility of politics.”

After he was released from detention, Nusseibeh also co-founded the Fatah Higher Committee in the Occupied Territories, serving as its deputy chairman. After the death of his colleague, Faisal Husseini, Nusseibeh briefly served as PLO point man in Jerusalem.

Nusseibeh, a voice for non-violence in the Middle East, said, in an interview on NPR’s All Things Considered, that “a feeling of shared humanity is key to any future peace. The average Israelis are just the same as the average Palestinians … and just as human."

Saikia said, “His will to act non-violently for peace in Palestine-Israel promises a moral order based on human values that should be a priority for all of us concerned who live in this interconnected world.

“In a world full of conflicting identities that violate the basic right to humanity, Sari Nusseibeh’s reflective thinking on peace enables us to think about what is ‘good’ as well as ‘right’ for the well-being of humanity in the Middle East and beyond.”

Although the lecture is free and open to the public, due to limited seating please RSVP to csrc@asu.edu or 480-727-6736. For more information on the lecture, go to http://csrc.asu.edu.