Arizona State University professor Cecilia Menjívar has been named a 2014 Guggenheim Fellow, one of a group of 178 diverse scholars, artists and scientists from the United States and Canada who were chosen from almost 3,000 applicants.

“This is truly a great honor, and I will do my best to live up to the expectations of this fellowship,” said Menjívar, Cowden Distinguished Professor and associate director of the T. Denny Sanford School of Social and Family Dynamics at Arizona State University and prominent immigration scholar. 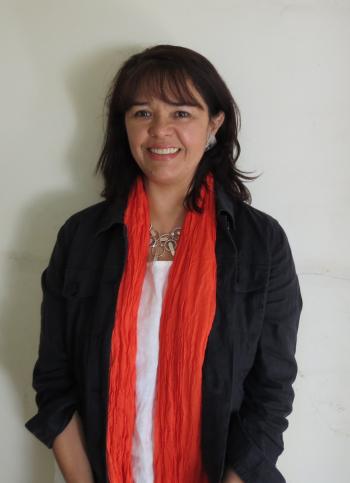 Menjívar was appointed by the John Simon Guggenheim Memorial Foundation and plans to use the fellowship to write the book, “Living with the Law,” which will examine how Latino immigrants in Arizona live within the confines of immigration law in everyday experiences when they are waiting for decisions regarding their legal status in the country.

“The book will shed light on strategies immigrants adopt to deal with the fear and risk of deportation, and how their tenuous legal status experiences have transformative effects in their lives and in how they view the law more generally,” Menjivar said.

The book will also have policy relevance in this era when immigration reform is being discussed. “Living with the Law” will analyze immigrants’ everyday experiences of the law, and will focus on the various statuses into which immigrants are categorized, such as waiting for a “green card” and renewing temporary statuses and work permits.

“Given how much of immigrants’ lives are shaped by their legality, they often look to the law to make small and big decisions, to make sense of their place in society and to gain an understanding of their rights and limitations,” she said.

A primary research interest for Menjívar is the effects of immigrants’ legal status on different spheres of their lives, such as social networks, family, gender relations, religious participation and transnational ties, mostly among Central American immigrants in the United States.

Guggenheim Fellowship candidates are chosen on the basis of prior achievement and exceptional promise. Representatives from this year’s Fellows are from 56 disciplines, 83 different academic institutions, 29 states and two Canadian provinces.

Since its establishment in 1925, the John Simon Guggenheim Memorial Foundation has granted over $315 million in Fellowships to almost 17,700 individuals, among whom are scores of Nobel laureates and poets laureate, as well as winners of Pulitzer Prizes, Fields Medals and other important, internationally recognized honors.

A new business study from Arizona State University shows love-it or hate-it brands probably won’t perform exceptionally well in the stock market, but they also offer investors less risk because you know just what to expect.

Are you a big fan of Apple or Nike, or a hater of McDonald’s? A new study from the W. P. Carey School of Business at Arizona State University shows love-it or hate-it brands probably won’t perform exceptionally well in the stock market, but they also offer investors less risk because you know just what to expect – the good and the bad. It’s something to consider in our volatile stock climate.

“Investors and company officials need to better understand the impact of brand dispersion – when consumers are polarized both for and against a certain brand,” explains Michael Wiles, assistant professor in the W. P. Carey School and one of the study’s authors. “Increasing brand dispersion may mean less amazing company returns overall, but it also means less volatile returns because some customers are super loyal and some haters will never buy the brand’s products, no matter what.” 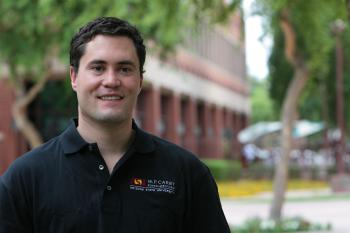 Wiles and his co-authors, professor Xueming Luo of Temple University and assistant professor Sascha Raithel of Ludwig Maximilian University of Munich, looked at data from more than 3 million users of more than 2,600 brands in the United States, the United Kingdom and Germany. They considered people’s perceptions of brand quality, value and satisfaction, as well as whether they would recommend the brand, feel good about using its products or feel good about working for the company. The results of their study were published in the academic Journal of Marketing Research and the Harvard Business Review.

“Dispersion can affect investors’ confidence in a brand, such as when there’s a lot of negative chatter on social media,” says Wiles. “Downside dispersion has a stronger pull on returns in the short term.”

Walmart, Fox News Channel and AT&T are some brands that have high dispersion. Intel and Amazon are low-dispersion brands. Wiles says brand managers should pay close attention to brand dispersion and engage, even with the haters, when appropriate. They should either placate the haters or amplify the polarizing issue to rally and interest loyal fans.

Wiles weighs in on recent examples in the news that illustrate the importance of considering brand dispersion:

• General Motors is under scrutiny right now for its handling of faulty ignition switches. The negative information may lead GM’s more marginal customers to become brand haters and less likely to purchase the company’s stock. Wiles says the issue will probably lead to lower stock returns going forward, but the stock will also become less risky.

• Sochi was a problem for the normally low-dispersion brand of the Olympics. Wiles says holding the Winter Games at a “subtropical beach resort with palm trees” was inconsistent with the brand, and there were security questions and other logistical issues, as well. Consequences? Attendance was relatively low and television viewership right away was down 8 percent in comparison to the opening ceremony of the Vancouver Olympics.

• Coca-Cola, a high-dispersion brand, decided to embrace a recent controversy over its multilingual “America the Beautiful” ad that ran during the Super Bowl. The lovers and haters brought in 8.4 million YouTube views for the ad, delivering both positive and negative reviews on social media. The company decided to air an even longer version of the ad during the opening ceremony of the Olympics with an added “E Pluribus Unum” disclaimer.

• Taco Bell, another brand with lots of lovers and haters, recently launched a new breakfast menu with a brazen ad campaign that pokes at McDonald’s. Several real people named Ronald McDonald sing the praises of the new breakfast items. Those who already liked underdog Taco Bell appreciated this needling, and it drew a response and social-media postings from McDonald’s lovers and Taco Bell haters, increasing buzz and ad awareness.