For the second year in a row, ASU will join a nationwide movement that includes more than 150 schools across the country. The 2014 ASU Dance Marathon is a student-run philanthropic effort to raise funds and awareness for the Phoenix Children's Hospital through a 12-hour dance-a-thon. 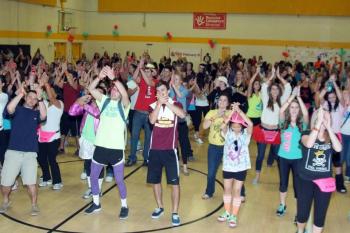 "Last year we raised more than $58,000 and had 1,000 students dancing for kids," says student leader, Zahra Giga. "This year, we want to double the money raised and attendance."

All students are invited to register online and help reach this year's goal of $100,000. Students can start a team, join an existing team or sign up as an individual dancer.

Inside the hermit kingdom: Simon presents 'The Two Koreas'

How and why does a country as impoverished and challenged as North Korea continually draw the attention and ire of the rest of the developed world? Sheldon Simon will answer this question and others in “The Two Koreas,” the Dec. 3 lunchtime offering in the ASU Foundation’s Presidential Engagement Programs series.

Inside the hermit kingdom: Simon presents 'The Two Koreas'

It is one of the most mysterious and incomprehensible nations on Earth. Human Rights Watch calls the citizens there “some of the world’s most brutalized people.” It is a society so deliberately isolated and apart, it is termed a “hermit kingdom.” But this hermit is armed with nuclear weapons and is willing to sell them to the highest bidder.

How and why does a country as impoverished and challenged as North Korea continually draw the attention and ire of the rest of the developed world? And how have the enigmatic leaders of this failing state managed to play a weak hand so effectively for so long? 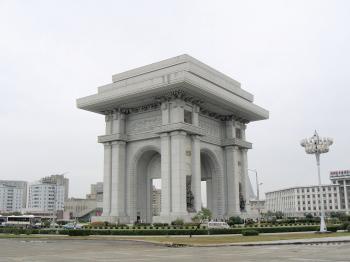 Sheldon Simon will answer these questions and others in “The Two Koreas,” the Dec. 3 lunchtime offering in the ASU Foundation’s Presidential Engagement Programs series. The cost of $25 for the session includes validated parking and a box lunch. Registration is required. For location and time information, visit asufoundation.org/pepevents.

Simon, a professor in the School of Politics and Global Studies in ASU's College of Liberal Arts and Sciences, is indisputably qualified to present North Korea to the PEP audience. He has written or edited 10 books and more than 200 scholarly articles and book chapters, primarily dealing with Asian issues, and he is an academic associate of the National Intelligence Council and a consultant to the U.S. departments of State and Defense on Asian security. Simon shares this preview of some of the fascinating questions and provocative answers that will be part of his presentation.

Day-to-day life for them is grim. Malnutrition still exists, especially for the very young and the elderly. A very good “fictional take” on North Korean life may be found in this year’s Pulitzer Prize-winning novel by Adam Johnson, “The Orphan Master’s Son.” Incidentally, Johnson, who is a professor of literature at Stanford, is a Tempe native.

What do North Koreans know of day-to-day life in the rest of the world?

North Koreans are forbidden access to any media outside the North. But because of the internet’s global reach and informal access to Chinese sources in the northern part of the country, as well as pirated DVDs smuggled in from China, their knowledge of the outside world is growing. And the regime is unable to censor that completely.

What are North Korea’s greatest challenges?

Obtaining enough resources from the outside world to survive – forget about thriving. China is its primary source of energy and food supplements, though the U.S., South Korea and Japan provide humanitarian assistance. The North’s diplomacy with respect to its nuclear weapons capability is leverage to obtain these resources.

What challenges confront other nations in dealing with North Korea?

Other countries – particularly the U.S., South Korea, Russia, Japan and China – have been trying for many years to put a cap on the North’s nuclear weapon and missile developments; so far, unsuccessfully. The North’s leadership is unwilling to give up these capabilities, both because it believes that they deter an attack on the North, and because they believe those capabilities can be used to blackmail other countries into providing subsistence aid.

What does the future hold for the relationship between North Korea and the U.S.?

My general sense is the future of U.S.-North Korean relations will be much like the last few decades: UN sanctions and political pressure on the North to abandon its nuclear weapon capabilities in exchange for development aid and diplomatic recognition. I don’t see much chance for the stalemate to be broken unless there is a significant regime change in the North. The problem is that all the major players – those larger nations I just mentioned – are primarily concerned about any instability that would result from the fall of the Kim regime and/or a military coup. The results would be unpredictable and, therefore, destabilizing.