Arizona State University archaeologist Michael E. Smith has built a reputation as a leading name in Mesoamerican archaeology over the years. He has directed numerous field projects focused on Aztec society and extensively published his findings. His most recent publication, The Comparative Archaeology of Complex Societies, assists readers of all backgrounds in perceiving connections between different ancient societies.

The book covers the importance of comparison, the history of comparative work and intellectual context in archaeology. The cases covered in the book range from the impact imperial conquest had on local households to the way small agricultural villages evolved into large and complex chiefdoms. 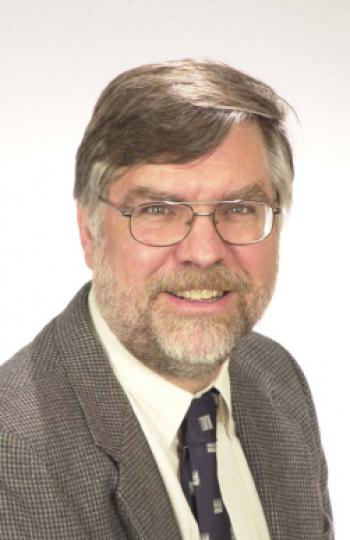 This is not a textbook, nor does it try to instruct others on what methods to use. “We are using case studies, which employ a wide range of types of data and methods to make our argument,” Smith said.

It is the first collection of rigorous comparative analyses by archaeologists based on reanalysis of primary fieldwork data, instead of simply comparing the various interpretations that archaeologists have made of their own data. Contributors include ASU professors emeriti John K. Chance, a cultural anthropologist and ethnohistorian, and Barbara L. Stark, a Mesoamerican archaeologist.

“The book is important because it is part of a resurgence in comparative analysis in anthropology, archaeology and the historical and social sciences more generally,” Smith noted. He believes that anthropological case studies, like the ones in the book, can be used to relate specific findings to bigger patterns and processes that are found throughout the world.

Smith, who has taught anthropology for nearly 30 years, is a professor in the School of Human Evolution and Social Change in the College of Liberal Arts and Sciences.  His blog, Wide Urban World, is “about cities as viewed from a broad historical and comparative perspective.”

ASU4Food will attempt to make the word "hunger" spelled out in cans disappear during the ASU Homecoming block party this year.

ASU4Food will attempt to make hunger disappear during the ASU Homecoming block party this year.

ASU4Food is a student organization that will spell out the word “hunger” with more than 4,800 cans in a 30-foot long display during the Make Hunger Disappear event Saturday, Oct. 29, during the block party, scheduled for 12:30 p.m., following the parade at 11:30 a.m.

Each time someone donates a dollar, a can is taken down, making the word eventually disappear. At the end of the event, all of the cans and money are donated to area food banks.

Different colleges are getting involved in the event such as Barrett, The Honors College, that is taking on the challenge of making the letter “h” disappear for “honors.” The College of Liberal Arts and Sciences, W. P. Carey School of Business, Ira A. Fulton Schools of Engineering, School of Sustainability and the Global Institute of Sustainability also are supporting the fight against hunger by adopting a letter in the display.

The block party is open to the public and features activities for the whole family including interactive displays, games, activities, a full kids zone and reunion tents for colleges and alumni groups. The event will take place near University Drive and College Avenue in Tempe.

ASU4Food works with St. Mary's Food Bank, United Food Bank and State Farm to spread awareness and eliminate hunger in Arizona.  ASU4Food hosts fun events for the community to become involved in the fight against hunger such as Casino Night and Hunger Action Week Movie Night. All the food and money raised goes directly back to the hungry, where one dollar can feed seven people.