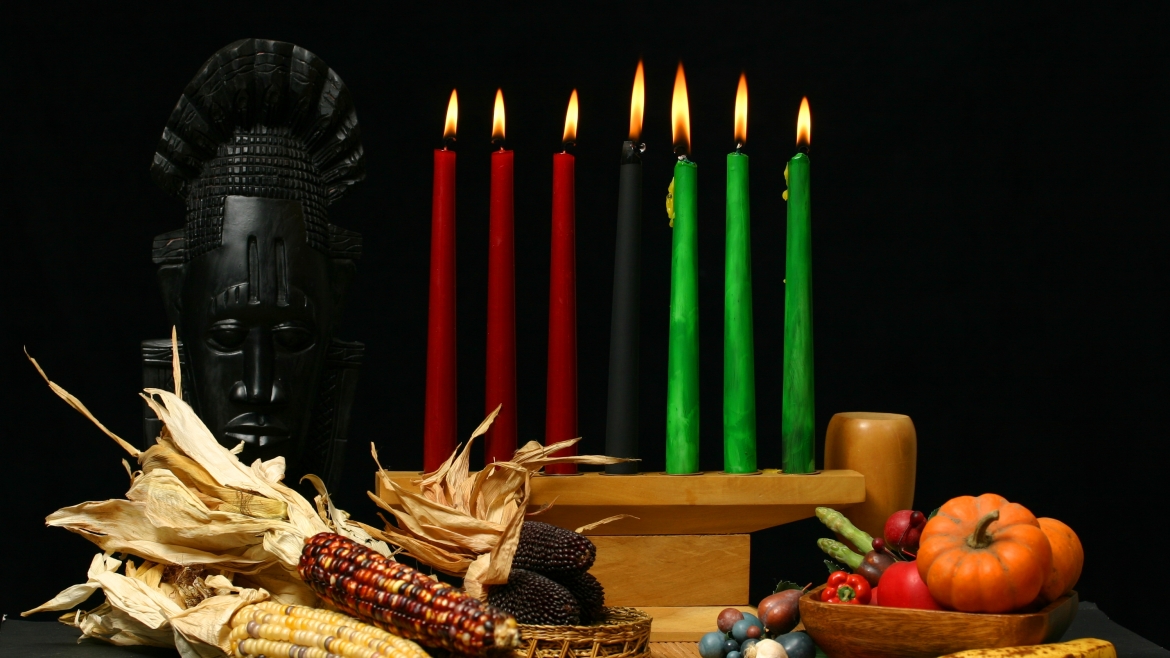 What is Kwanzaa? ASU professor explains tenets of annual celebration

Kwanzaa has been celebrated in the United States for more than a half-century, but it still remains a mystery to many Americans.

The holiday is a weeklong celebration observed each year from Dec. 26 to Jan. 1 and culminates in gift giving and a big feast.

Its origins are both ancient and modern, and it's dedicated to cultivating, harvesting and sharing the good in the world. It was conceived and developed during the civil rights movement in the 1960s, and it asks all participants to strive for and maintain unity in the family, the Black community and the nation.

Aubrey, an associate professor of African and African American studies and political science in the School of Social Transformation, has been doing community-embedded work related to reconnecting peoples of the African diaspora to their heritage lands of Cameroon, Nigeria and Ghana. She is well versed in the origins, traditions and principles of Kwanzaa. 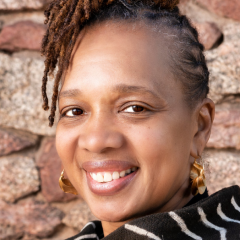 Question: Who started or invented Kwanzaa, and what is its origin story?

Aubrey: Kwanzaa was started in 1966 by Dr. Maulana Karenga. Karenga is currently a professor and chair of the Department of Africana Studies at California State University, Long Beach. The impetus for starting Kwanzaa was to acknowledge and celebrate “family, community, and culture” of people of African descent in Africa and in the Africa diaspora.

Karenga is the quintessential scholar-activist whose life’s work has been dedicated to 1.) building and teaching scholarship on Africa and the African diaspora, and 2.) practicing Pan-Africanism in the everyday life of people of African descent worldwide.

Karenga’s establishment of Kwanzaa was an outgrowth of his deep immersion in Africa-centered scholarship from antiquity to the present and his identified need to establish an annual cultural event to reaffirm the African diaspora’s inextricable link to Africa from the grassroots community level.

As an annual event, Kwanzaa provides an opportunity to celebrate the survival and accomplishments of Global AfricaIn Africana scholarship, Global Africa is commonly defined as “the continent of Africa plus, firstly, the diaspora of enslavement (descendants of survivors of the Middle Passage) and secondly, the diaspora of colonialism (the dispersal of Africans that continues to occur as a result of disruptions of colonization and its aftermath). as well as plan for a future of prosperity. Kwanzaa draws on the past in the spirit of sankofa — “go back and fetch it” — from the Akan cosmology, acknowledges and appreciates the progress and blessings of the present, and provides an opportunity to imagine a fruitful future for Global Africa while empowering the youth.

Q: Do any other groups celebrate or practice Kwanzaa?

A: Kwanzaa is an African American and Pan-African holiday that highlights African-centeredness. It begins on Dec. 26 and ends on Jan. 1. It is practiced not only in the United States, but also in many other countries where people of African descent live. I have been part of Kwanzaa celebrations in Africa, most recently in Cameroon.

Some people of African descent who celebrate Christmas if they are Christian, or Hanukkah if they are Jewish, or Eid al-Fitr if they are Muslim, also celebrate Kwanzaa. Kwanzaa is a cultural holiday and persons from any religious practice or spiritual belief system can partake in Kwanzaa celebrations.

The Black African Coalition student organization here at ASU has also made a tradition of celebrating Kwanzaa following the principles as developed by Dr. Maulana Karenga.

Q: And what are those principles?

A: Kwanzaa draws in ancient traditions from many parts of Africa. Those traditions are expressed in the language of Kiswahili, the mostly widely spoken language in Africa across several countries. Kiswahili is also a language that is widely taught in some places in the African diaspora, and by Dr. Karenga himself. I also speak and have taught Kiswahili at Ohio State University.

Following are the Nguzo Saba — Seven Principles of Kwanzaa — along with the founder’s operational definition of each:

Q: Juneteenth seemed to get a big boost this year in terms of awareness and popularity. Are you seeing the same signs for Kwanzaa?

A: Kwanzaa is growing in its recognition and practice. Dr. Karenga, in 2013, estimated that approximately 18 million people worldwide were celebrating Kwanzaa. I believe that that number has grown since 2013 with increasing knowledge and understanding about Kwanzaa and how it is practiced. It has a global embrace and has been embraced globally. Last Saturday, we held an annual Kwanzaa celebration, the first virtual on Zoom, at the Smithsonian Museum of African Art in collaboration with the African Diaspora Ancestral Commemoration Institute.