After watching an episode of “60 Minutes” with his father one night, Dylan McKim knew exactly what he wanted to do. 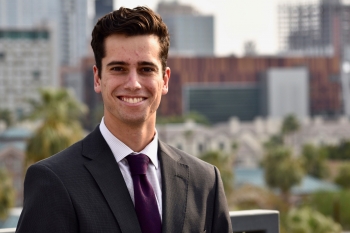 A teenager at the time, the Friendswood, Texas, native decided that journalism was a calling he couldn't ignore. McKim applied to and was accepted to ASU, winning an ASU New American University President’s Award, offered to outstanding incoming undergraduate students.

As an undergraduate in the Walter Cronkite School of Journalism and Mass Communication, McKim completed internships at Arizona PBS, 12 News, and The Arizona Republic’s breaking news desk. McKim also reported for Cronkite News, the news division of Arizona PBS, and placed second in the national television championship of the Hearst Journalism Awards.

Through it all, his passion for journalism has continued to grow, he said.

We caught up with McKim to get his thoughts on his Cronkite experience at ASU and his future plans.

Question: What was your “aha!” moment when you realized you wanted to study journalism?

Answer: When I was about 12 years old, my dad made me watch this “60 Minutes” special on the 9/11 coverage, because it was the anniversary of 9/11. I thought it was just the greatest story they told, following this fire department team throughout their whole day during 9/11. … That day, I started thinking about how I wanted to become a journalist.

A: The biggest thing is always being inquisitive and saying you don’t know everything. Being an inquisitive journalist, and just an inquisitive person in general, that has kind of changed my outlook on life. Always asking questions, and always fact-checking people — whether that is a good thing or bad thing — that is a change that has happened to me.

A: I have had really great professors that taught me a lot, and I think they all left their own impact on me. I know my television and reporting class with Nicole Koester — I think she was great in giving us advice on not just how to be a good reporter and tell a good story, but also what to look out for. My director in Cronkite News, Heather Dunn, she is great to talk to, great to learn from and get advice from. I thought my videographer teacher, Eduardo Ayala, was a really great videographer and he made me a better videographer.

A: I would say do as much as you can, whether it's a digital story or a broadcast story. Volunteer. Take your professional program seriously. I know a lot of people do it (a professional program) because you have to do it for credit and just get it out of the way, but take advantage of it.

A: I think the library on the second floor next to the First Amendment Forum in the Cronkite School. I’ve done a lot of homework there, especially when I really needed to focus on getting things done. I would take a few study breaks, but I felt it was nice and quiet and it was a good place to get your homework done.

A: My plan after graduation is to work at a local TV station — wherever I get an offer. I’m in talks with a bunch of stations right now. My plan is to start my career off at a TV station — whether it is reporting, anchoring or producing — and get my career started off on the right foot and see where it takes me.

A: Right now, I think it would be the coronavirus. Those funds (could be used) for vaccine research or PPE funding for hospitals and countries that maybe aren’t as well prepared as the United States. We are one of the worst in infections and deaths. I think there are other countries that really don’t have the facilities we have right now, so I think helping in the areas where there are gaps and tackling this worldwide pandemic would be the wisest decision with $40 million to help the world.

Koop Bills is an Arizona State University senior in neuroscience and psychology who wants to pursue a PhD in cognitive neuroscience after graduation. Bills was the first recipient of the brand-new Jenessa Shapiro Undergraduate Research Scholarship designed to support underrepresented students in their pursuits of research opportunities. He is a research assistant with the Perception, Ecological Ac... 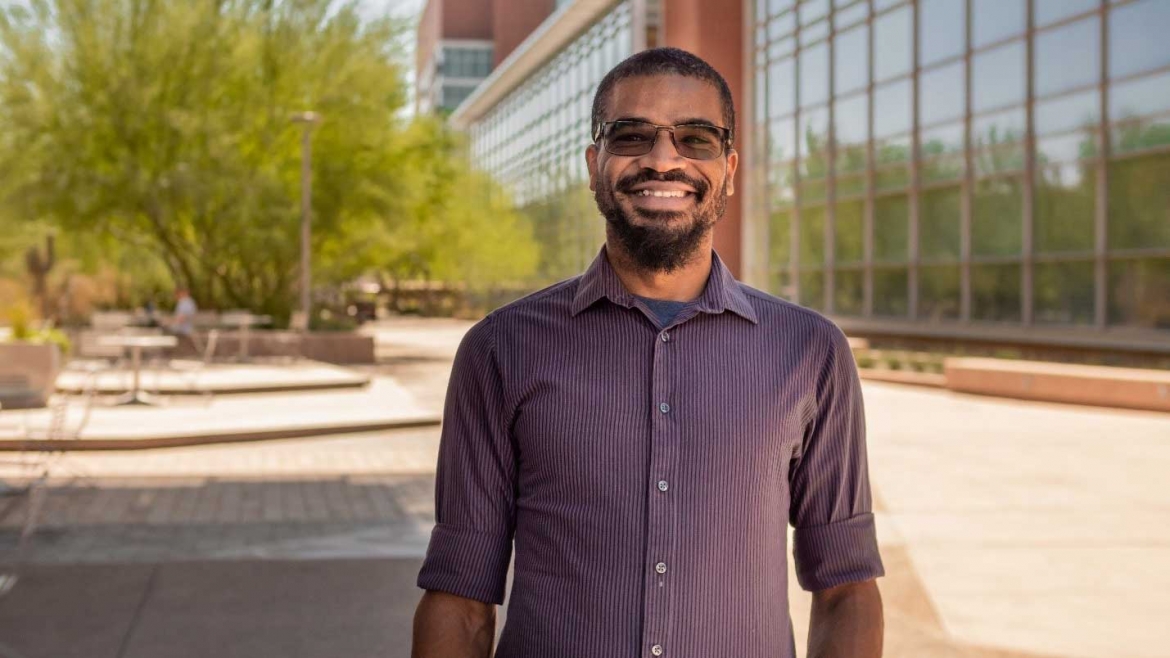 Koop Bills is an Arizona State University senior in neuroscience and psychology who wants to pursue a PhD in cognitive neuroscience after graduation. Bills was the first recipient of the brand-new Jenessa Shapiro Undergraduate Research Scholarship designed to support underrepresented students in their pursuits of research opportunities. He is a research assistant with the Perception, Ecological Action, Robotics, and Learning (PEARL) Lab.

Bills’ personal research interest centers on astrocytes — glial cells in the brain — and on human memory and behavior, such as walking in a pandemic and how you approach people. For example, there is a general trend when walking toward someone to shift to the right side when passing. This bias is consistent worldwide, even in countries that drive on the other side of the road.

“Koop Bills has been working as a research assistant in the PEARL lab and attending lab meetings for over a year now, so I and graduate student supervisor Matt Langley have gotten to know him quite well. Like many others in this COVID-directed year, he was forced to change directions from a well-developed earlier project to one that could be run under social isolation conditions, but he has adapted well and come up with a nice, socially relevant study,” said Michael McBeath, professor of psychology and director of the PEARL Lab.

McBeath added, “He is a bright, thoughtful, and insightful student and researcher. He has had to endure personal hardship and spend a lot of time working many hours to earn a living while attending ASU, which has slowed down his progress up until now. But he now has a renewed vigor and is making good headway due to receiving the Jenessa Shapiro Research Scholarship.”

Bills was previously an engineering major, but after taking his first neuroscience course, he finished the semester and immediately changed his major.

“When you are reading something and you get to the point of thinking that it is so cool, that is something you should be doing more of. I found that when I read about astrocytes and neuroscience. I had to have more of it,” Bills said.

Video by ASU Department of Psychology

Bills has worked two jobs in the restaurant service industry for the past seven years to support his family while pursuing his undergraduate degree and serving as a research assistant in the PEARL Lab. He has had to make sacrifices that other students haven’t in order to pursue his passions and research.

This experience is representative of challenges that underrepresented students face regularly. Many students need to work multiple jobs in order to make ends meet while trying to study and achieve an undergraduate education.

“When I found out I was receiving the scholarship, I lost it and danced around,” said Bills, “It took a few moments to really set in how much my life had just changed from receiving this scholarship.”

The next day, Bills gave his two weeks’ notice at both jobs and refocused his schedule to be entirely research-centered.

Support from his research team

One of the most gratifying parts of the experience for Bills was the support he received from his mentors, McBeath and Matthew Langley, a doctoral student in the Department of Psychology. He hadn’t seen the application for the scholarship, and they pushed him to apply, encouraging him to work on the application a little bit every single day.

As Bills’ comments came through the shared document, they would edit in real time, even late into the night. They set up additional one-on-one meetings to make sure he was hitting his deadline to apply.

“That was the most amazing thing, to see the support I was receiving from my professors and how much they wanted me to get this scholarship,” Bills said. “They didn’t have to do this — I’m just an RA, I’m just a student — but they put in that extra effort, just because they care.”

“What really benefits the world is diversity. It is unique experiences getting to the highest level of education. It is the idea that we are better as a team, so if you are looking to donate to a fund, I think it is really important to give to scholarships like this one,” Bills said. “You just don’t know who someone can be, until they are given an opportunity to grow.”

The Jenessa Shapiro Scholarship, which is dedicated to supporting annually one to two students with funding of up to $5,000, is part of the ENERGIZE Initiative in the ASU Department of Psychology. The ENERGIZE initiative is designed to streamline the process of getting involved with research and working around requirements that would previously prevent underrepresented students from gaining the research experience they need.

Learn more or donate to the fund here.