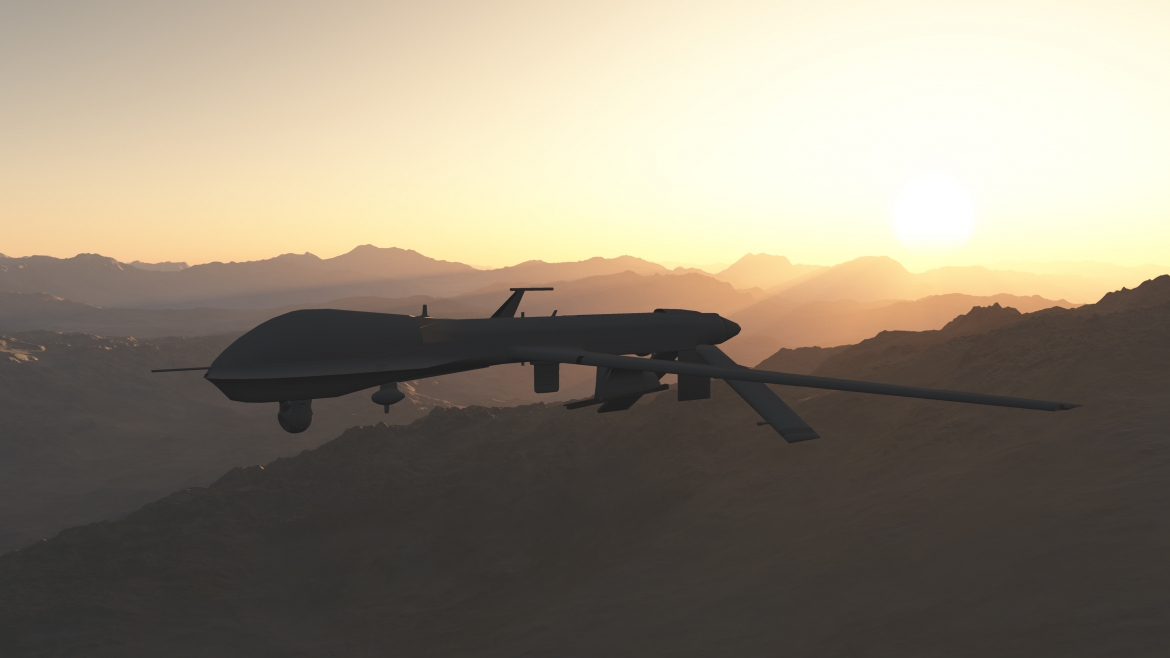 Drones are an important tool in homeland security operations but can also be a threat when used by malicious actors. The Center for Accelerating Operations Efficiency, a Department of Homeland Security Center for Excellence led by Arizona State University, partnered with the Department of Homeland Security Science and Technology Directorate and industry leader Boeing to examine this current homeland security challenge.

Drone Defense was part of Devils Invent, a series of engineering and design challenges organized by ASU’s Ira A. Fulton Schools of Engineering. The three-day virtual event paired students with academic and industry mentors to solve a problem focused on security challenges that could occur in the Phoenix metropolitan area, such as threats to Sun Devil Stadium or Sky Harbor International Airport.

The event was kicked off by Bill Bryan, a Department of Homeland Security senior official performing the duties of the undersecretary for science and technology, who explained the role of drones in homeland security.

According to Bryan, some of the positive ways drones are currently used for homeland security operations include safety inspections for bridges and stadiums, delivery of supplies and medications, and helping battle wildfires. He also discussed the Department of Homeland Security's mission to focus on countering unmanned air systems to protect critical infrastructure and essential services.

When mentioning career opportunities at the Department of Homeland Security, Bryan explained, ”When you come to work at DHS you will be given the opportunity to help the department identify where holes exist with smart drone technologies and how we should integrate future advances such as AI, machine learning and quantum information systems.”

Ken Dunlap, the former vice chairman of the Department of Homeland Security Aviation Security Advisory Committee and a managing partner of Catalyst-Go, set the stage for drone defense by giving a comprehensive overview of the economics of drones, current security concerns and the future of drones. Dunlap also stayed on through the event as a mentor, joined by ASU faculty members Ross Maciejewski and Dan McCarville, and industry experts Lisa Custer, Peter Harrigan and Ion Vintilescu.

Twelve teams completed solving various challenges that drones may encounter in homeland security. The challenge scenarios included developing a countermeasure for an unmanned aerial vehicle threat to either airport security at Sky Harbor, a stadium — such as Sun Devil Stadium — or an Amazon drone delivery. All of the teams offered creative solutions for the challenge scenarios. 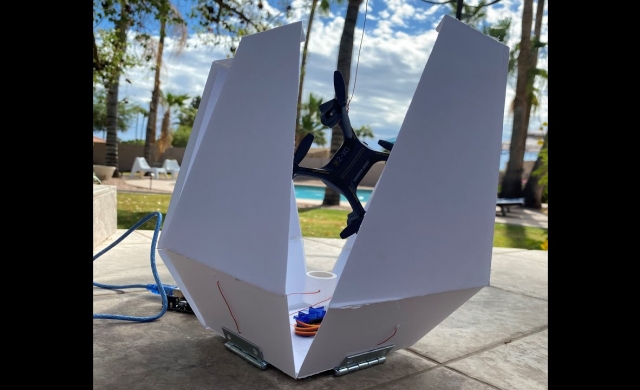 Announced this week by the American Geophysical Union, Arizona State University School of Earth and Space Exploration Research Professional Sheri Klug Boonstra has been selected for the 2020 Excellence in Earth and Space Science Education award.“It is wonderful to see Sheri’s innovative work in science education be recognized by the largest international organization of earth and space scien...

Announced this week by the American Geophysical Union, Arizona State University School of Earth and Space Exploration Research Professional Sheri Klug Boonstra has been selected for the 2020 Excellence in Earth and Space Science Education award.

“It is wonderful to see Sheri’s innovative work in science education be recognized by the largest international organization of earth and space scientists,” said Meenakshi Wadhwa, director of ASU’s School of Earth and Space Exploration. 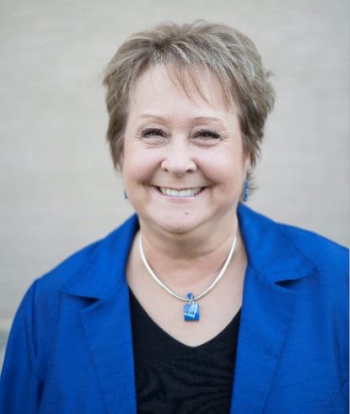 Klug Boonstra is the principal investigator of the NASA L’SPACE Academy, a student collaboration program for the NASA Lucy asteroid mission. She is also the director of strategic partnerships and co-instructor for ASU’s Interplanetary Initiative Space Works Project. Both of these programs help thousands of science and engineering students gain and apply relevant workforce skills and practices that lead to proficiencies that are valued by NASA and the space-based aerospace industry.

“Sheri Klug Boonstra truly understands the needs of both students and teachers, and has dedicated her career to developing materials and programs that both enrich the student’s experience and greatly expand the ability of teachers to communicate complex concepts with ease and enthusiasm,” said AGU Fellow and nominator Philip Christensen, who is a Regents Professor in the School of Earth and Space Exploration.

Klug Boonstra has more than 20 years of experience in creating and implementing national NASA STEM education pipeline programs that stretch vertically from pre-college to workforce. She has been the principal investigator for NASA’s largest undergraduate internship program (USRP); director of the Mars Education Program, which produces and implements NASA’s award-winning Mars Student Imaging Project; and she has worked on multiple NASA missions including Mars Odyssey, Mars Exploration Rovers, and the Lucy Asteroid Mission.

Klug Boonstra has served on the AAAS Science in the Classroom Advisory Council, spent three years as the education lead of the planetary section for the American Geophysical Union, and was chosen to serve on the NASA Solar System Exploration Subcommittee at NASA headquarters in Washington, D.C., from 2002–2005. As a principal investigator and co-investigator, she has been instrumental in raising more than $56 million in grant money for STEM education programs.

Of the 2020 award recipients, AGU President Robin Bell stated in a press release, “These individuals embody our shared vision of a thriving, sustainable and equitable future for all powered by discovery, innovation and action. These honorees have built their work with integrity, respect, diversity and collaboration together with deep engagement in education and outreach.”

AGU will formally recognize this year’s recipients at 3 p.m. PT, Dec. 9, via an online celebration during their fall meeting.