The nominees are Alexis Hocken, a fourth-year Barrett, The Honors College student, and Maeve Kennedy, who graduated from Barrett in May 2020. Both nominees are chemical engineering students.

Both Kennedy and Hocken previously received the Goldwater Scholarship, the most prestigious national scholarship in the U.S. for undergraduates in the natural sciences, engineering and mathematics. Both have significant laboratory research experience and are involved in numerous extracurricular activities.

Kyle Mox, associate dean and director of the Office of National Scholarship Advisement, highlighted the significance of these nominations, considering the difficulty of the application process. Calls for applications at ASU open in the spring, and prospective nominees draft and revise their application materials throughout the summer. Additionally, nominees must also apply for admission to Cambridge and secure four letters of recommendation from tenure-track faculty. Each participating university may only make two nominations per year.

The competition outcome will be announced in December. ASU has participated in the Churchill Scholarship competition for the past seven years, with its first winner, Christopher Balzer, coming in 2017.

Mox said that the Churchill Scholarship differs significantly from many other major fellowships, like the Rhodes Scholarship.

“They're not necessarily looking for extraordinarily ‘well-rounded’ people,” Mox said. “They want the best scientists they can find, but they also want applicants who have something more to offer than just being great students.”

Hocken and Kennedy fit the bill, Mox said. Hocken has travelled to over 50 countries, has qualified for the Boston Marathon, and contributes significant time to the All Walks Project, a national human trafficking awareness nonprofit organization founded at ASU. Likewise, Kennedy, with her fluency in Mandarin Chinese and service as a Fulton Ambassador, is a global citizen with strong leadership skills. 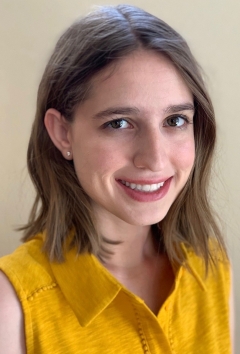 That experience solidified her interest in engineering and led to her decision to attend ASU, where she worked in two different bioengineering research labs, as well as the head and neck regenerative medicine laboratory at Mayo Clinic, where she continues to study the creation of scaffolds that will regenerate tissue for patients who have damaged airways.

She currently is preparing to apply to MD-PhD programs with the goal of becoming a physician scientist. She said her experiences at ASU are what led her to her career path.

“I think one of the really great advantages of ASU is that it's such a large school so there's so many different things for you to get involved in,” Kennedy said.

“I was able to work in some different research labs and to take some elective classes and do student organizations, and those all gave me a lot of exposure to all the options that I had for how I could use my degree.”

Hocken said she originally started looking at ASU for college because she comes from a family of Sun Devils and committed to ASU in part because of the challenges and smaller community setting Barrett, The Honors College offers.

“I love Barrett (because it has) a really great infrastructure in place to allow students to achieve the success that they seek out,” Hocken said. 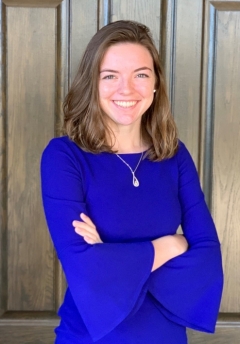 Hocken fell in love with research when she joined a lab at ASU her freshman year. As a DAAD-RISE Scholar in Germany, she studied the use of nanoparticles for targeted drug delivery to reduce side effects. She also gained practical experience at Hughes Research Laboratories, where she worked in the polymer chemistry department.

She is currently applying to PhD programs and hopes the Churchill Scholarship will give her a chance to try out new fields of study within chemical engineering, narrow down her research interests, and make long-lasting connections.

Outside of school and lab work, Hocken is an advocate for increasing representation of women in STEM fields. She has spoken to high school students about her own research experiences to show girls an example of a woman who is successful in engineering.

“I want there to be equal representation, I want young girls to have a role model to look up to, to actually visualize themselves in the role.”

Hocken also said students shouldn’t be afraid to apply for major competitive scholarships, and she recommended students work with ONSA to reach their goals.

“Without them, I don't think I wouldn't be where I am today, so definitely utilize them,” she said.

Overall, Hocken said she is happy to have the opportunity to receive the award and further her career goals in that year abroad.

“It’s insane, I'm so ecstatic, I'm so excited to represent ASU, because the university has done so much for me and provided me with so many opportunities. I feel so honored that I can represent them in this scholarship and hopefully bring even more people to ASU to see what great resources we have,” she said.

“It's an incredible honor.”

Story by Greta Forslund, a student in Barrett, The Honors College and the Walter Cronkite School of Journalism and Mass Communication at ASU.