ASU Law again No. 1 in state for bar passage

For the eighth consecutive year, the Sandra Day O’Connor College of Law at Arizona State University received the highest overall bar passage rate in Arizona, taking into account all first-time takers for the February and July Uniform Bar Exams, according to the July 2020 results released this month.

July results of the Arizona Bar Exam show ASU Law first-time test takers had a 90.1% passage rate, which is up from 88% last year. ASU Law’s results are also above the state’s overall first-time taker passage rate of 86.5% and better than the next highest bar passage score in Arizona, which was 84.1%. For overall bar passage rate, ASU Law exceeds the state and nearest law school average by 7.3% and 13.7% respectively. 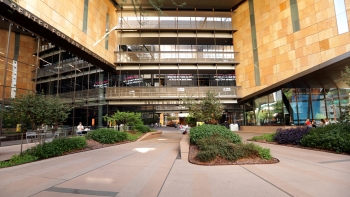 The Beus Center for Law and Society is home to ASU Law in downtown Phoenix. Download Full Image

“These results by our ASU Law students on the bar exam – especially during this time that is like no other – are truly amazing. I commend them on their tenacity and perseverance in attaining this very high mark – only the second time in at least the last 20 years they’ve earned a 90% or higher,” ASU Law Dean Douglas Sylvester said. “This is also a testament to our faculty and staff who work hard every day to not only give our students an exceptional law school experience, but help prepare them to be the next generation of top lawyers.”

This fall, ASU Law also welcomed its most highly credentialed and diverse class in its history, and ranks No. 24 among all law schools in the country and No. 7 among public law schools, according to U.S News & World Report.

Additionally, within 10 months of graduation, 89.1% of ASU Law’s class of 2019 graduates found employment in long-term, full-time positions where bar passage is required or a JD is preferred. This is significantly higher than the national employment average of 80%, according to data collected by the American Bar Association on the nation’s 200 ABA-accredited law schools.

The passage percentages are broken down by first-time test-takers and repeat test-takers, and ASU Law topped all other Arizona law schools — as well as test-takers from all other out-of-state schools accredited by the American Bar Association — in both categories.

Arizona State University alumnus George “Sonny” Cave is no stranger to building things from the ground up. Whether he was pursuing little-studied areas of scientific research or establishing a team of lawyers for a large tech company from scratch, Cave spent his professional life discovering his niche by carving his own trail. After completing his bachelor’s degree in botany from Duke Unive...

Arizona State University alumnus George “Sonny” Cave is no stranger to building things from the ground up. Whether he was pursuing little-studied areas of scientific research or establishing a team of lawyers for a large tech company from scratch, Cave spent his professional life discovering his niche by carving his own trail.

After completing his bachelor’s degree in botany from Duke University in 1980, Cave headed west for his master’s degree program in botany and plant ecology at ASU. During his time at ASU, he conducted research on desert fire ecology, a topic that had been virtually unexplored at the time. Upon the completion of his master’s degree in 1982, Cave became interested in environmental law and attended the University of Colorado Law School, where he earned his Juris Doctor in 1985. 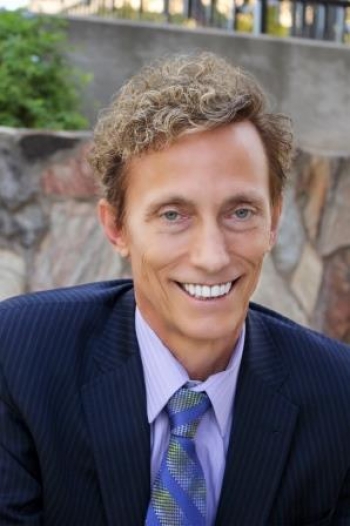 This fall, The College of Liberal Arts and Sciences alumnus George "Sonny" Cave will be recognized as one of The College Leaders. Download Full Image

Over the next several years he practiced law in a variety of roles including as a judicial law clerk for the Arizona Court of Appeals, as an environmental lawyer in Colorado and as an environmental, health and safety lawyer in Phoenix. Through this work he became well-connected in the Phoenix law community and was asked to apply for a position in Motorola’s new in-house law department on environmental health and safety. Cave was eager to expand his reach internationally and saw the position at Motorola, a multinational telecommunication company, as the perfect opportunity.

From 1992 on, Cave built his career at Motorola, transitioning with the company as a portion of its semiconductor business spun-off into ON Semiconductor in 1999 and leading trailblazing work by assembling a worldwide law department focusing on environmental health and safety.

Cave continues to oversee ON Semiconductor’s growing law department, in addition to serving in a number of other roles within the company.

“When we first formed this company, we were ranked about the 48th or 49th semiconductor company in the world and I started out with just two people on the team,” Cave said. “Over the years ON Semiconductor has grown to become a top 20 semiconductor company and a Fortune 500 company. I've grown this law department now to over 60 people and have taken on other roles besides general counsel.”

As executive vice president, chief compliance officer, chief risk officer and board secretary for ON Semiconductor, Cave manages worldwide legal affairs, corporate compliance and ethics, enterprise risk management, securities and insider trading and intellectual property as well as governmental and external affairs. With ON Semiconductor bringing in $5 billion in revenue in 2019, factories located in 10 different countries, and more than 34,000 employees around the world, Cave said there’s never a dull moment in his work.

“My favorite part is I never stop learning. I'm actually the last person remaining from the original executive staff when we started the company in 1999. Just when I think I've got it all figured out and you can't throw anything at me that I haven't already seen, sure enough stuff comes into the door that I would've never even thought of,” he said. “That's one thing that I really like about this work. Especially right now with all the challenges we have — I had a lot of plans for this year and now everything is turned upside down.”

This fall, Cave will be recognized as one of The College Leaders, a distinguished group of alumni from The College of Liberal Arts and Sciences who have achieved personal successes in business, research and community service.

Cave shared his Sun Devil story, career trajectory and how a science background set him up for success.

Question: Why did you decide to attend ASU?

Answer: I grew up on the East Coast. Growing up my father was a university professor at the University of Tampa, Florida and during the summers he was a seasonal ranger with the National Park Service. Because of that he had a lot of summers up in Colorado and during those times I spent time visiting out West. When I applied to graduate schools, I only looked at schools out West. I put ASU at the top of my list actually, because it's always about connections. The person who was then the chair of the botany and microbiology department, Duncan Patton, had gotten his PhD in botany from Duke University, where I had just recently graduated from. A lot of professors that I had at Duke kept telling me I should go study under him because we think alike and have very similar interests in plant ecology. I had a couple of phone calls with him and we hit it off. I got an assistantship with full tuition paid and stipend money. I just had this gut feeling that the desert was an interesting place to be. And as it turns out, throughout the course of my life, I've actually moved to Arizona four times now.

Q: How did your program help prepare you for your career?

A: Prior to the work I did on desert fire ecology hardly anybody had researched it. So kind of being in that pioneering spirit and doing something new — having to find resources that people didn't have readily available at the time. For example, I had to work with the U.S. Forest Service to find a study site and get permission to do a controlled burn. Also just learning from other graduate students and getting involved in the diversity of work they were doing. Harvesting the whole scientific discipline and doing something new and different really set me up for my career.

Q: What advice would you give to students in The College?

A: My biggest advice is to really follow your passion. I could have benefited from spending more time really exploring my inner self versus just kind of moving along in the direction people were pushing me. At the end of the day you have to really be happy with yourself and you need to find out who you are. There's only so much other people can do. You can have good coaching but it really takes a lot of self-reflection and having a meditative aspect to your life. I think nowadays with so many threats that are out there, it's a good thing for people to try to really figure out what’s important to them, and then focus their time and energy on that and not be distracted by the noise we are surrounded by.

A: Because I've ended up doing a lot of work with China I am really focused on what we can do to improve the situation there, both from a business and political point of view. There's so many limited things I can do, but I just want to try to get to a situation where we have better cooperation. The other thing I’d like to accomplish has to do with global climate change and getting the catalyst of action going on that. When I do decide to hang up my corporate spurs and retire, I intend to focus a lot of my personal energy on that.