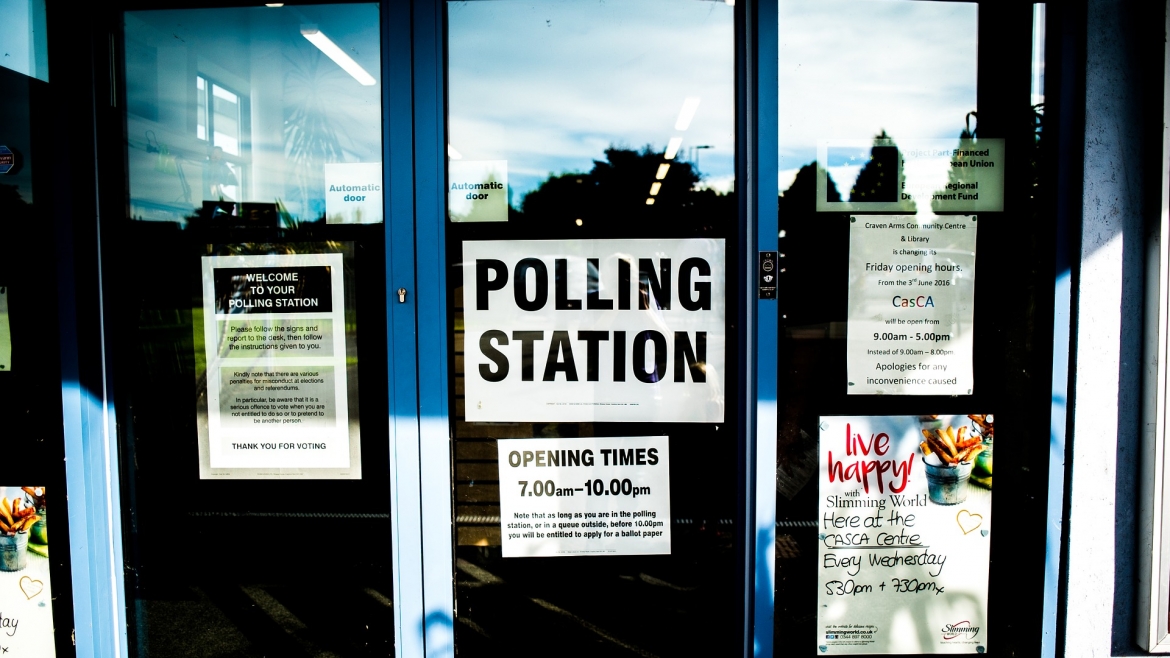 Early voting sites are located on or near all four of ASU's campuses.
October 28, 2020

Author and journalist David Daley began a public discussion on voting rights on Oct. 21 by asking the audience to consider a scenario in which millions of mail-in and absentee ballots from swing states are still to be counted at the eleventh hour on election night, prompting President Donald Trump to claim victory based on early tabulations from in-person voting, insisting the former votes are fraudulent and corrupt.

“It's a completely foreseeable outcome, and an entirely preventable one,” Daley said — preventable if the swing states had chosen to challenge various mechanisms of voter suppression that he said have arisen as a result of the repeal of key pieces of the Voting Rights Act of 1965, which, among other things, prohibits racial discrimination in voting.

Daley's discussion, titled “The Voting Rights Crisis and the 2020 Presidential Election,” was hosted by Arizona State University’s School of Politics and Global Studies as part of its fall 2020 lecture series. 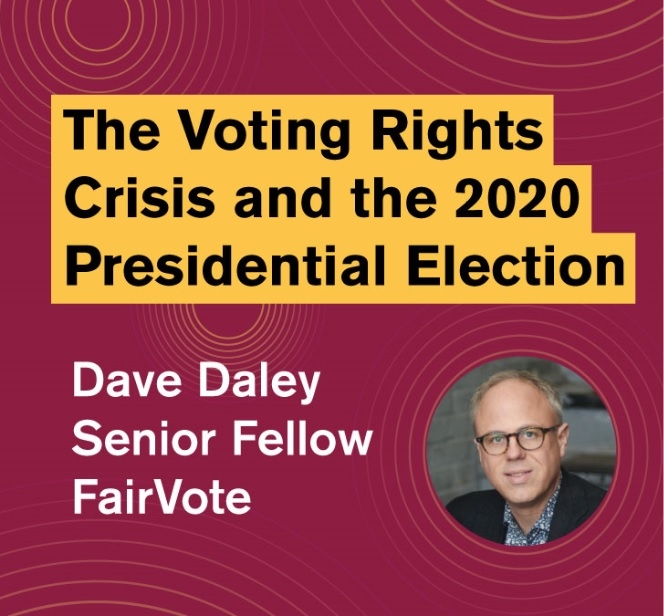 Daley, former editor-in-chief of Salon, is a senior fellow for FairVote, a nonprofit organization that advocates electoral reform in the United States, and the author of the national bestseller “Ratf**ked: Why Your Vote Doesn't Count” and “Unrigged: How Americans Are Battling Back to Save Democracy.”

“The long lines we see in Georgia, the decisions in Texas to limit drop boxes to one per county, the decisions in Wisconsin earlier this year to force voters to the polls in the middle of a pandemic, the witness requirements in Oklahoma that have been enacted … have reaffirmed the question of who gets to vote … and how easy it is,” Daley continued.

To understand why the latter two outcomes are reasonable scenarios, Daley said, we need only look to past legislation that allowed such “undemocratic measures” as literacy tests and other obstructions to voting to prevent some Americans from having their voice heard.

The Voting Rights Act was a bipartisan effort by members of Congress to ensure the right to vote for racial minorities throughout the country. Over the years, the legislation was expanded several times to accommodate changes in the nation’s demographics in order to continue to ensure fair voting access for all, with such provisions as one that required bilingual ballots in jurisdictions containing significant language-minority populations.

Then, beginning in 2006, some of the most substantive provisions of the law began to be rescinded, culminating in the 2013 landmark Shelby County v. Holder decision, in which the Supreme Court invalidated a "coverage formula" and therefore effectively ended a provision of the Voting Rights Act that required jurisdictions with a history of voter discrimination to get federal approval for new voting laws, with legislators arguing that racial barriers to voting were no longer an issue.

“It seems unprecedented in our history ... but I think that the assault on voting rights has been a far more quiet and protracted and long-running effort,” Daley said.

For example, Daley called gerrymandering the cause of the outcome of the 2012 U.S. House of Representatives elections, in which Democratic candidates received more votes in all House elections, yet Republicans still managed to win a 33-seat advantage and retain its House majority.

Noting that his audience Wednesday was made up mostly of college students, Daley acknowledged that although voter suppression disproportionately affects people of color, it also affects the poor, the elderly and the young, especially college students.

“It's not easy to vote when you are a student, and a lot of that is because policymakers and politicians have placed barriers in front of you,” Daley said, adding that questions about whether you’re allowed to vote from your campus address and issues of inaccessible voting sites have plagued students for decades. (ASU students can head to one of the four early voting locations on or near each campus.)

In response to an audience question about whether the expansion of voting access had the potential to increase voter fraud, Daley referred to a lack of data to support that fear.

“We know from the numbers that voter fraud is just not really a thing,” he said. “There’s no academic studies that show a serious voter fraud problem. So making it easier to vote is not … inviting fraud. … (It is) taking down the barriers that begin to add up in front of people.”

And in places like Arizona in particular, Daley said, expanding voting access is extremely important to ensure populations like Native Americans, who may live in remote rural areas, are enfranchised.

Daley addressed other election-related issues including the relevance of the Electoral College, which he believes “there are a lot of good arguments” for abolishing, and making Election Day a national holiday, which he believes is not a bad idea but also won’t solve all of the problems of voter suppression.

The discussion ended with Daley’s thoughts on House Resolution 1, a bill introduced into the U.S. House of Representatives that would expand voting rights, limit partisan gerrymandering, strengthen ethics rules and limit the influence of private donor money in politics.

“It’s a good bill. It does a lot of good things,” some of which, Daley said, may even allow for Americans to see “how Congress might have bridges being built again, instead of pushing off into their extreme partisan silos.”

Sun Devil Rich Wenner is a new inductee into the Arizona Strength Athlete Hall of Fame, and no one deserves it more than the Sun Devil alumnus. Some Sun Devil greats will tell you why. ... Sun Devil Rich Wenner is a new inductee into the Arizona Strength Athlete Hall of Fame, and no one deserves it more than the Sun Devil alumnus. Some Sun Devil greats will tell you why.