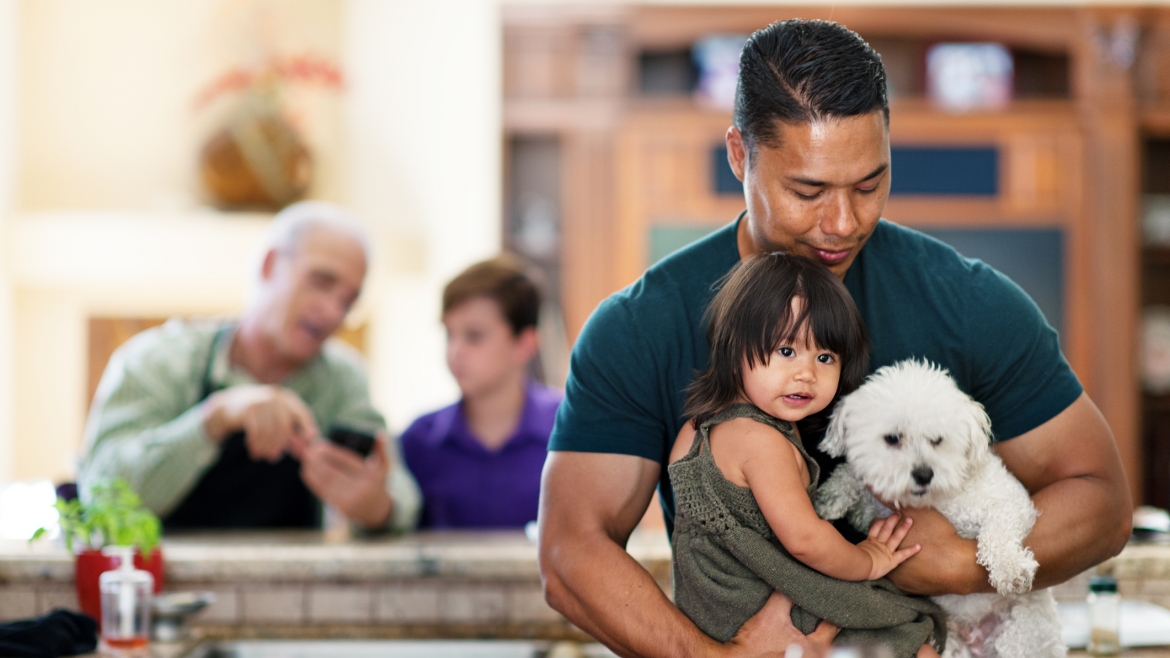 Parenting together when we’re not together anymore

Raising children isn’t like it was in your parents' and grandparents’ generation.

The family dynamic has changed because we have changed. Our choices have expanded. Our focus has shifted, and we’ve honed in on our children’s emotional and psychological well-being. There is a lot more nuance to parenting now.

Arizona State University’s Project Humanities felt it was a subject worthy of examination and debate in a recent livestream event titled “Humanity 101 on the Homefront: Co-Parenting.”

“Even in the best of circumstances when parents or caregivers are together, parenting is challenging," said Neal A. Lester, professor of English and director of Project Humanities. "Tonight’s conversation, in partnership with the Come Rain or Shine Foundation, continues our ongoing series on parenting via the lens of Humanity 101 — respect, integrity, compassion, forgiveness, kindness, empathy and self-reflection. Our diverse panelists remind us again that there is no ideal parenting manual and that to be ‘good’ parents, we must be good adults.” 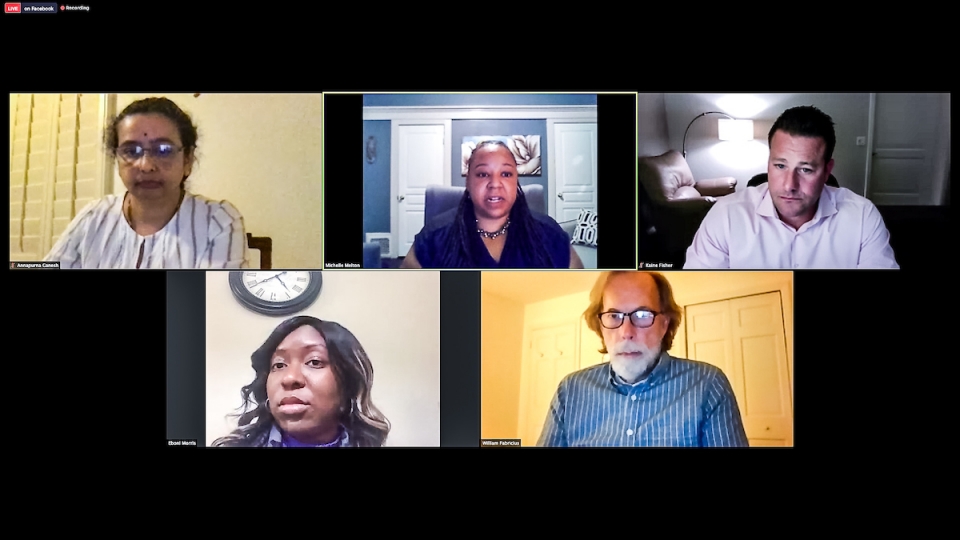 Humanity 101 panelists discuss the idea that the mythology of the "nuclear family" that consists of a mom, a dad and two children is little more than a fairy tale because in reality, family structure has always been varied and evolving. Discussing co-parenting in the first part of the 21st century are (clockwise from top left) Annapurna Ganesh, facilitator Michelle Melton, Kaine Fisher, ASU Associate Professor William Fabricius and Eboni Morris.

The panel was tasked by Project Humanities to define co-parenting; identify the challenges and feelings of the co-parenting experience; discuss the role of race, ethnicity, socioeconomic status, gender, sexuality and religion; look at the legal system and how it deals with co-parenting; and offer tips, resources and best strategies to support co-parenting families.

Insightful answers were not in short supply.

The panel essentially agreed with the American Psychological Association’s definition of co-parenting: “An enterprise undertaken by two or more adults who together take on the socialization, care and upbringing of children for whom they share equal responsibility.”

But there are many nuances to co-parenting, and by the end of the session, many of those layers had been explored. According to Fisher, co-parenting applies not only to birth parents but divorced and separated couples, same-sex couples, grandparents and stepparents.

“I tend to lean towards a more broad definition of co-parenting because I see such a broad scope in the line of work I do,” Fisher said.

Ganesh said there are three types of co-parenting models:

“In these three different models, we see the challenges the child faces when their feelings aren’t taken into consideration,” Ganesh said.

Within the mix of those models are a plethora of potential issues. They include the mental health of one or two co-parents, drug and alcohol abuse, money problems, domestic violence, and religious, cultural or racial differences.

“Children pick up on everything,” Fabricius said. “They think their parents aren’t happy with each other, even if they’re not fighting — that can be just as hard on children because they feel like, ‘I might be abandoned if my parents don’t like each other. I’m going to be left alone.’”

Morris, who works in the correctional field, said she has seen incarcerated parents maintain positive relationships with their children despite their situation.

“I think the reason why it has been so successful is because of that attachment and open line of communication,” Morris said. “They convey that understanding, ‘I’m here (for you) regardless of where I am.’ Children understand that.”

Family law attorney Fisher said co-parents need to prioritize the needs of the child; otherwise, they end up needing his service and finding themselves in front of a judge — a place they do not want to be.

“Judges refer to themselves as ‘complete strangers' … and that complete stranger is going to probably meet these people (co-parents) for about an hour to three hours, or a full-day trial if you’re lucky,” Fisher said. “Then they’re going to be making decisions about where that kid goes to school, who makes the decision about medical or who’s their doctor … I don’t want strangers making decisions for my kids.”

While the panel listed plenty of challenges that come with co-parenting, they agreed that the main goal of parenting is simple: Communicate and put the wellness and the needs of their children first.

“No matter what, it’s always about the child,” Ganesh said. “The child is the future of society.”

When Mexico detected its first case of COVID-19 in late February, few could have predicted a rise in cases to 850,000 with 86,000 deaths to date. Like other countries, Mexico reacted slowly until the growing number of infections in April forced the government to mandate a lockdown strategy in May.Now, a model built by an Arizona State University academic, who served as a federal cabinet member un... 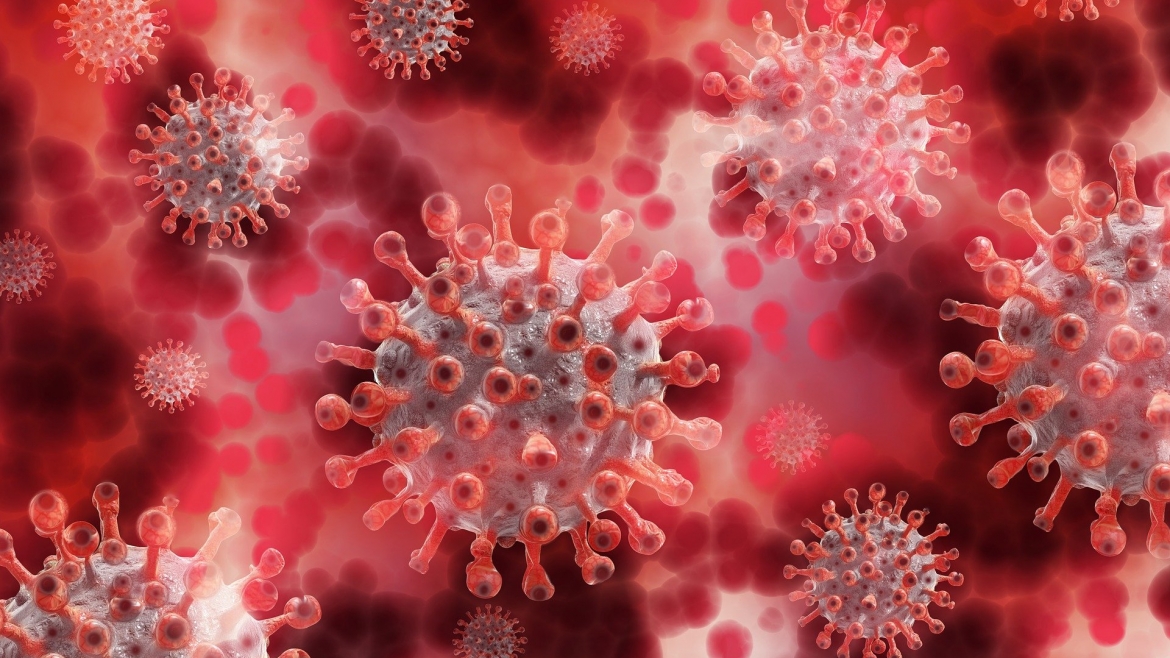 When Mexico detected its first case of COVID-19 in late February, few could have predicted a rise in cases to 850,000 with 86,000 deaths to date. Like other countries, Mexico reacted slowly until the growing number of infections in April forced the government to mandate a lockdown strategy in May.

Now, a model built by an Arizona State University academic, who served as a federal cabinet member under Mexican President Vicente Fox, points out what could have been a different outcome if Mexico had acted sooner.

Hector Moreira Rodriguez, senior sustainability scientist with the Global Institute of Sustainability and Innovation, used proven methodology from ASU’s Decision Theater to identify variables and input them into the model to capture what happened, and to build a framework others can use in the future for similar situations. “The central idea of the ASU methodology is to analyze possible strategies and predict the medical, economic and social outcomes,” Moreira Rodriguez said. “Each strategy comprises a series of decisions directed at facing the coronavirus challenge in the best possible way. These variables can be under the control of the decision makers, such as closing restaurants, or not completely controllable, such as the percentage of people respecting lockdown directives.”

One of the most serious problems with challenges like the pandemic is reaching shared solutions to complex problems, particularly at the governmental level, said Moreira Rodriguez, who holds bachelor’s degrees in chemistry and chemical engineering from Mexico’s prestigious Tecnológico de Monterrey and a doctorate from Georgetown University.

“Society has been fractured into groups that not only have their own position, but also their own information and their own way of seeing the problem, without listening to the opinions and objectives of other groups,” he said. “In this context, ASU has developed a methodology to analyze complex problems and, through a consensus process, reach agreements that while not a hundred percent satisfactory to everyone are acceptable to all.”

Moreira Rodriguez previously led a successful project, in collaboration with Tecnológico de Monterrey, to analyze the future evolution of the Mexican energy sector. Based on the experience, he wrote a book to document the ASU decision-making methodology and the use of the Decision Theater in that capacity.

The model Moreira Rodriguez implemented for COVID-19 centered on the inputs and outputs of the social, economic and medical aspects of the pandemic using Mexico-specific data, while factoring in the country’s demographic and economic structure. The individual objectives of these aspects can clash.

“Total lockdown would be the best solution from a health standpoint, but quite disastrous from an economic standpoint and difficult to implement from a social standpoint,” Moreira Rodriguez said. “All three aspects need to be considered in any viable strategy to confront the crisis.”

Social inputs used in the model include acceptance of policies, preventive behaviors and groups most in danger. The economic aspect considered business preventive measures, closure of sectors and economic regulations, among others. Medically, Moreira Rodriguez factored in the infection process, the effect of the virus on different groups, availability of intensive care, number of total deaths by group, etc.

“Once the model has been completed, with all its input and output variables, different strategies are fed into the model and their effects on the output data are analyzed to select the best possible strategy,” Moreira Rodriguez said.

After a strategy is selected, it must be analyzed from an operational standpoint, he said. Some factors to consider include: which sectors to shut down or exempt; how closed down sectors will be, for example restaurants may close down completely or only offer take out service; recommended preventive behavior, such as masks; and operating rules for each sector, including government, schools and entertainment.

Moreira Rodriguez examined Mexico’s response and impact. The country implemented a lockdown in May, closing down nonessential activities, though not all. By June, the government began reopening with limits and some recommendations, but this gave people a sense of security leading to increased infections. Reopening continued in July with more restrictions for individuals and businesses. The pandemic plateaued in September as citizens adapted and accepted masks and social distancing, while deaths reached 70,800.

“People reacted in different ways as time progressed,” Moreira Rodriguez said. “Generally, they followed government requests, but never completely, nor continuously; the process could be described as a see-saw. Unfortunately a large percentage of the population was unable to follow regulations, having to go to work to put food on the table.”

Moreira Rodriguez plugged different strategies into the model using some estimations to assess changes in the outcome. These included a faster government response, instituting policies to reduce contacts, and implementing strict regulations throughout instead of a one-month lockdown. He also analyzed alternative social strategies, such as enhanced compliance with mask usage and social distancing.

Based on the different strategies, Moreira Rodriguez found the model predicted that a faster government response could have reduced the probability of infection from 3.6 to 2.9, resulting in 7,450 deaths by September instead of 70,800. Instituting policies to reduce contacts by one person per day could have limited fatalities to 8,619.

“Small changes could have accomplished big results,” he said. “However, in assessing what policies could, or should have been implemented, it is important to note that as the pandemic progressed we gained knowledge, such as the efficiency of masks or the existence of, and transmittance from, asymptomatic carriers, and now understand more clearly what should have been done, hindsight always being 2020.”

The general model used to evaluate the impact of COVID-19 strategies in Mexico can be used for other situations and other countries, Moreira Rodriguez said.

“It is tangible proof of the use of the ASU methodology and the Decision Theater,” Moreira Rodriguez said. “The next step is to convince a state, or a country, to use not only the model but the entire ASU planning process, since it is a proven general methodology.”