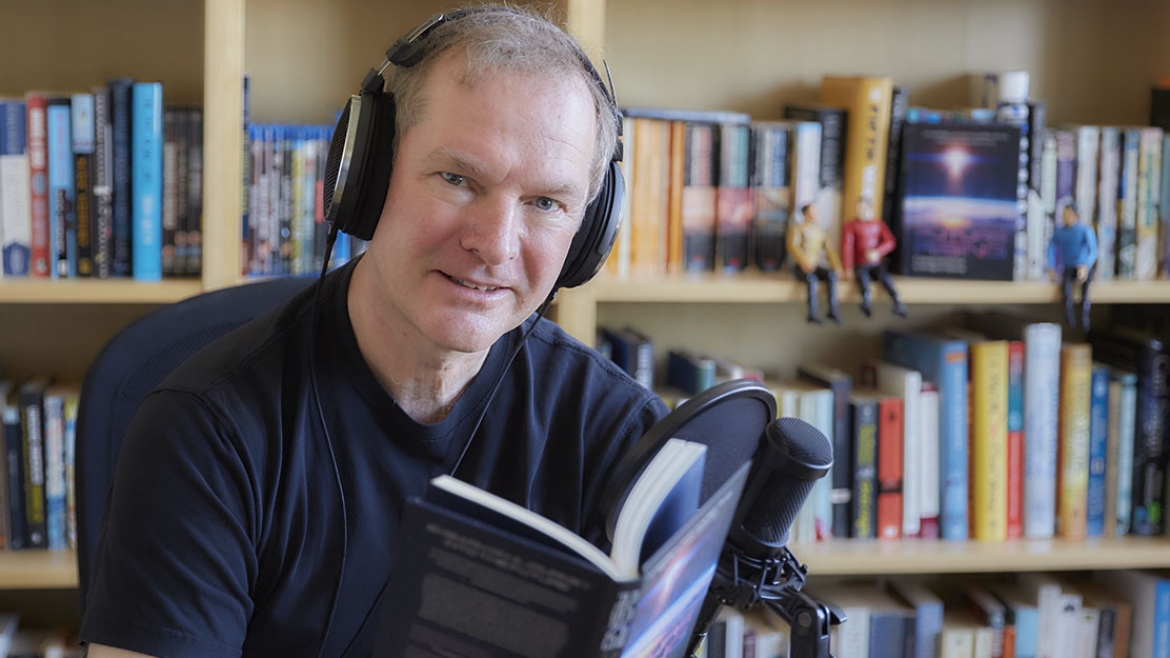 'Future Rising' looks back to design for the future

When you envision the future, what image springs to mind? A joyful social gathering in a postpandemic world? A sea of solar panels or a skyline of billowing smokestacks? Bleached-out coral graveyards or reefs teeming with life? Flocks of drones buzzing across the sky?

When Andrew Maynard envisions the future, he thinks of a soap bubble.

With its swirling colors and spherical resemblance to the Earth, the soap bubble caught the imagination of Maynard, associate dean in Arizona State University’s College of Global Futures and professor in the School for the Future of Innovation in Society.

“It’s an object that captures the idea of a chaotic, yet beautiful future,” he said.

Though the soap bubble represents a future full of promise, it also captures how incredibly fragile the future can be.

“As humans we have a profound ability to not only imagine new futures but to change them,” Maynard said. “That comes with a lot of responsibility. If we are doing things intended to change the future, we have to do so smartly.”

In his newest book, “Future Rising: A Journey From the Past to the Edge of Tomorrow,” Maynard embarks on a 14-billion-year historical journey to show readers how we started and what we are steering toward.

For Maynard, it was vital to empower readers to take ownership of how they can and do change the future. Whether for the better (developing health care innovations to save lives) or for the worse (provoking climate change and world wars), our individual and societal actions impact the trajectory of our future every day.

“I wanted to try and inspire people, through this journey from the past to the future, to have agency of their future and flex those muscles,” Maynard said. “Our future is an incredibly complex system. The only way we can begin to manage this complex system is to build a sense of future-looking responsibility and agility.”

In “Future Rising,” Maynard frames the future as a personal belonging or object that readers have control and responsibility over in order to get them thinking creatively about their relationship to and role in their own futures.

The book’s title was inspired by the Earthrise photo taken by astronaut William Anders in 1968.

“That photo really captured the spirit of future Earth as an object,” Maynard said. “If we start with Earthrise, I wanted to end the book with Future Rising.” 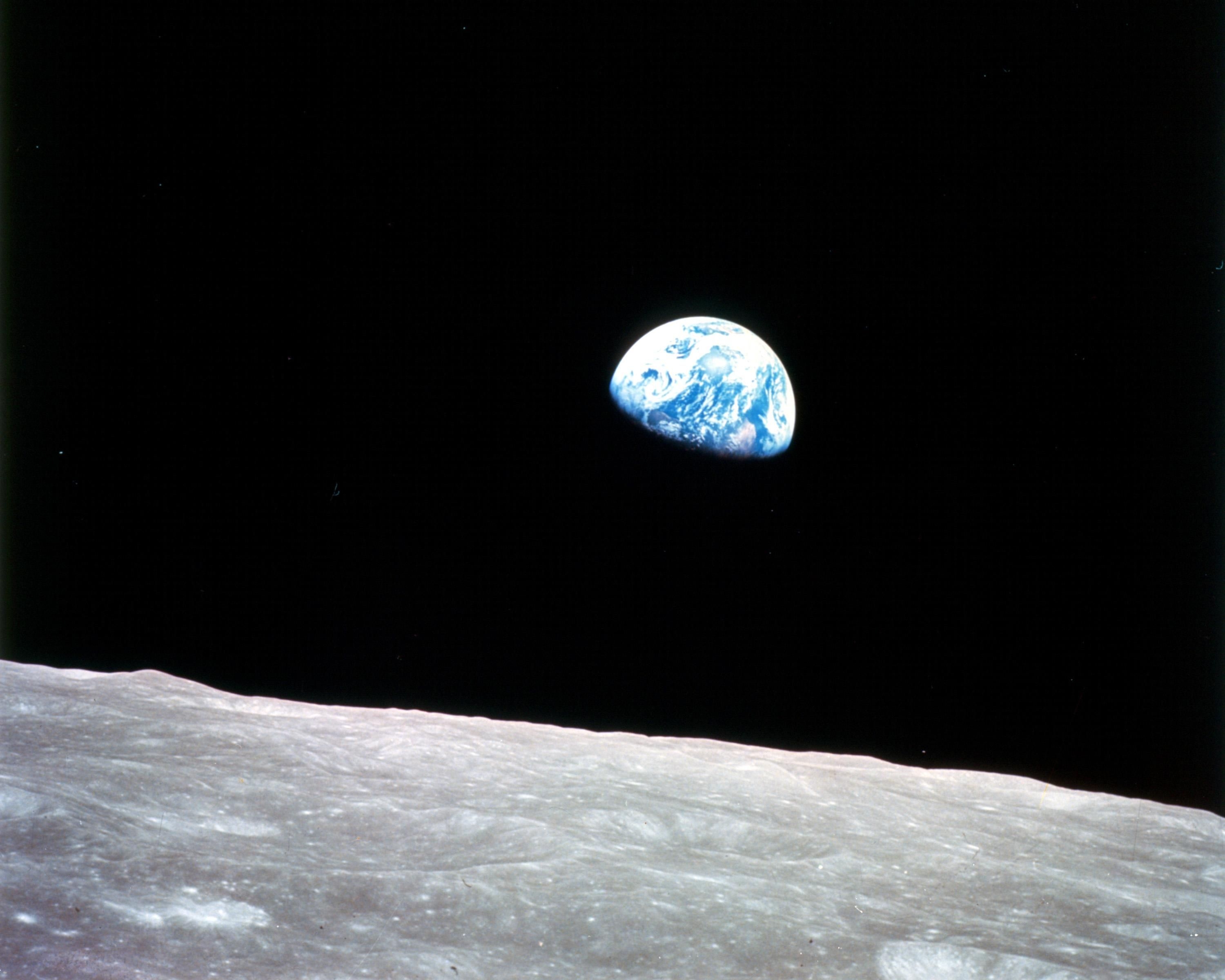 Apollo 8, the first manned mission to the moon, entered lunar orbit on Christmas Eve, Dec. 24, 1968. That evening, the astronauts — Commander Frank Borman, Command Module Pilot Jim Lovell and Lunar Module Pilot William Anders — held a live broadcast from lunar orbit, in which they showed pictures of the Earth and moon as seen from their spacecraft. Said Lovell, "The vast loneliness is awe-inspiring and it makes you realize just what you have back there on Earth." Credit: NASA

“We won’t know how to plan for the future if we are not intentional about where it is going,” he said. “There are some things we have done that have left us in an incredible mess, such as climate change. We need to think about the future in a more responsible way so that we can create a future we want, not one that we fear.”

Maynard, a physicist by training, warns against using a “theory of relativity” to compare where society is today to the past.

“Many great thinkers look to the past and conclude that things have been getting better as we go into the future, but it depends on what metrics we use to measure that,” he said. “If you choose the rate of innovation or the rate that we cure disease, then yes we are getting better. But, if you look at measures of happiness or the number of people who live below the poverty line and don’t have access to basic sanitation, we are not doing such a great job.”

Progress isn’t consistent across all fronts, nor is it necessarily permanent. Thus, there is always more that can be done better, according to Maynard.

“Just because things have worked in the past doesn’t mean that they will continue to work well in the future,” he said. “That is an inherent part of complex systems. One slight slip in the system can lead to chaotic outcomes. We need to be cognizant of that.” 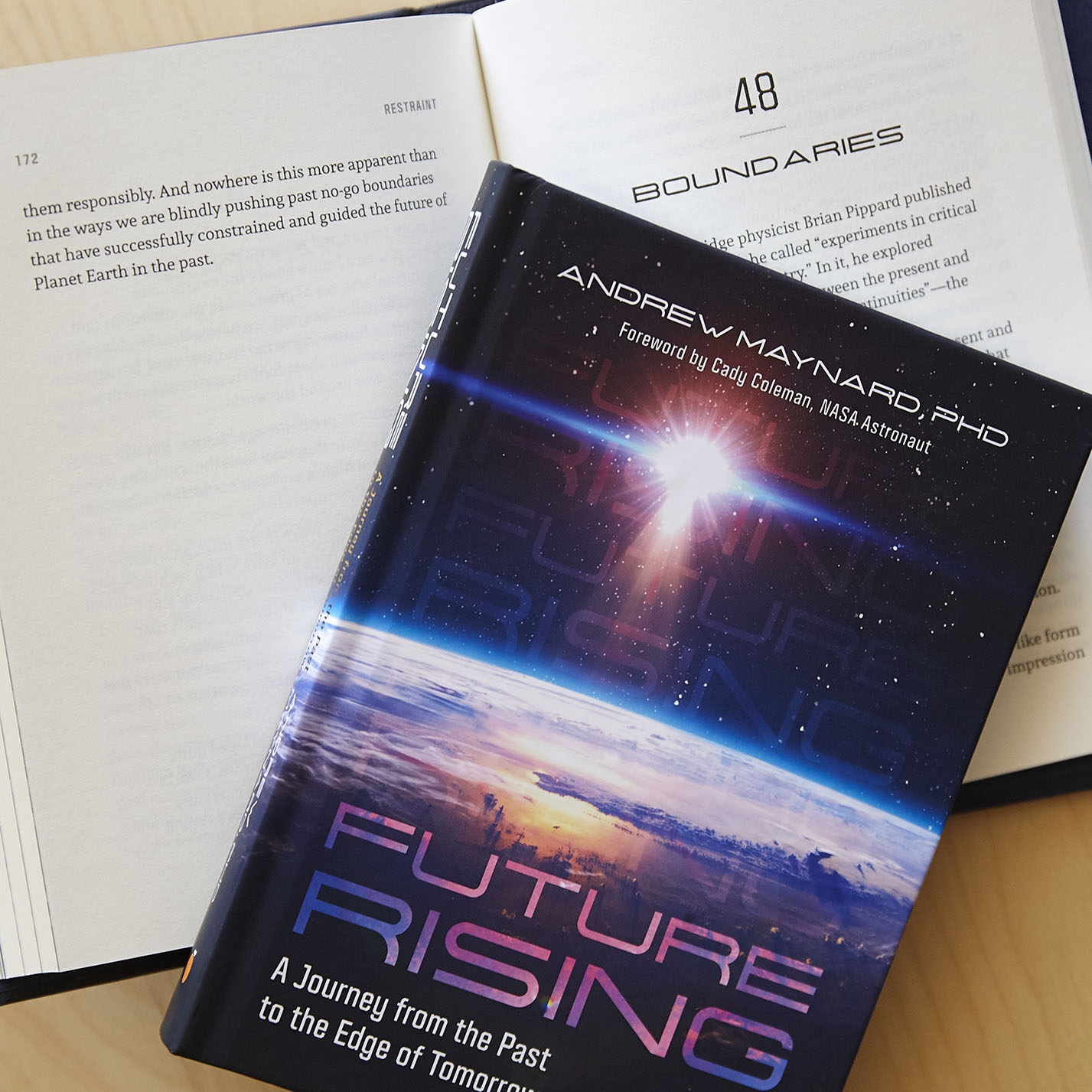 “Future Rising: A Journey From the Past to the Edge of Tomorrow” is available for preorder on Amazon and available in stores starting Oct. 27. Credit: Andrew Maynard

In the course of researching and writing “Future Rising,” Maynard discovered the importance of faith and despair in the conversation about a better future.

“The normal way of doing things as a scientist discounts faith for the sake of rationale. What intrigued me was thinking about how faith is an important part of who we are as future builders.  Whether it’s faith in a deity or faith in ourselves, our community or in science itself — faith can ground us in hope for a better future,” he said.

“I also recognized that many people find themselves in a position where they can imagine a different future, but there is no way of getting there. Someone or something has robbed them of the ability to get there.”

According to Maynard, human evils such as slavery, human trafficking and forced relocation are examples of how humans are disturbingly good at stealing the futures of others when it suits our needs.

"Sadly, this is a fate that’s been imposed on a shocking number of communities over the centuries, as our basic instincts lead us to marginalize, abuse and repress others. Or worse, imprisoning them within the walls of futures we impose on them,” Maynard said.

Though deeply influenced by his background in science, Maynard sees the greatest success in a future where humanity lies at the forefront and innovative technologies play a supporting role.

“We wouldn’t be here as a society if it weren’t for our science and technology. And we wouldn’t have visions for the future if not for those things,” he said. “But all of that is meaningless without the imagination, creativity, hope, desire, faith and fear of people.”

“Rather than have people who develop technologies decide what is good for society, we need to learn how to engage with everybody that those technologies are going to touch,” said Maynard. “This means putting people at the center of the picture rather than innovation.”

Maynard does not discount the inherent challenges society faces in accomplishing this.

“We live in a market-driven economy — the dollar is everything, not people. This is very difficult to break away from,” he said. “Our society also prizes individuals who push the boundaries forwards without thinking about the consequences. As a result, we leave a lot of people behind.”

Maynard hopes that “Future Rising” empowers people to better understand not only where the future is going, but also how they can fit in to building it.

“I’m acting as a guide, navigating the readers through these complex examples and examining questions that come up through my eyes. Readers can run with that, they can walk away, they can do whatever they want. I want to partner with them, rather than try and inform them,” Maynard said.

“If we begin to think about big challenges, not in terms of telling people what to do, but opening people’s eyes to how they can be part of a process that benefits themselves and those around them, that changes the conversation.”

“Future Rising: A Journey From the Past to the Edge of Tomorrow” is available for preorder on Amazon and available in stores starting Oct. 27.

The Tohono O’odham Nation announced on Monday that it is contributing $1 million each to Arizona State University and the University of Arizona to support their world-renowned medical researchers’ efforts to combat the COVID-19 coronavirus. The funding will come from the nation’s 12% gaming revenue grants required under its compact to be shared with local community programs. Both universiti...

The Tohono O’odham Nation announced on Monday that it is contributing $1 million each to Arizona State University and the University of Arizona to support their world-renowned medical researchers’ efforts to combat the COVID-19 coronavirus. The funding will come from the nation’s 12% gaming revenue grants required under its compact to be shared with local community programs.

Both universities will use the funds to mitigate the impact and disruptive consequences of COVID-19, including new testing methods and tools to enable the effective and equitable deployment of emerging technologies. 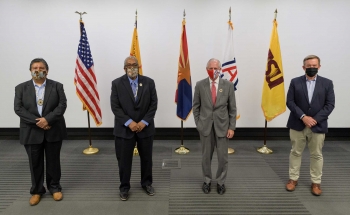 Under the tribal-state gaming compact, the nation and other tribes are required to share a percentage of gaming revenues with local governments and qualified nonprofits. The nation has awarded more than 500 of these grants since enactment of the compact in 2003 and, with large awards such as these, the program allows for funding to come from multiple fiscal years.

Tohono O’odham Nation Chairman Ned Norris Jr. said, “This virus is showing no signs of letting up, and until we have better testing, treatment and a vaccine, our communities remain at risk and our economy will continue to falter. That is why the nation made the decision to contribute these funds — which we were already committed to share — to support the world-class research taking place here in Arizona that is working to overcome the pandemic.”

“Our success at Arizona State University is closely tied to our partnerships in the community, and we are grateful for the support of the Tohono O’odham Nation, whose gift today will enable us to intensify our efforts to manage the complexities of this pandemic and prepare for future public health emergencies by investing in scientific preparedness,” said ASU President Michael M. Crow. “This generous investment will be put to use to help serve communities across the state.”

"The University of Arizona is proud to partner with the Tohono O'odham Nation, particularly as our main campus is located on their ancestral homelands,” said University of Arizona President Robert C. Robbins. "As Arizona's land-grant university, our mission is to serve the entire state, and the nation’s support will allow this work to continue and expand, and help Arizona emerge stronger from this pandemic."

The Tohono O’odham Nation is a federally recognized tribe with more than 35,000 enrolled citizens. The nation has the second-largest tribal land base in the United States, with more than 2.8 million acres of reservation land in central and southern Arizona. The Tohono O’odham Nation operates casinos at three locations in southern Arizona (Tucson, Sahuarita and Why) and one in the West Valley near Glendale.