ASU researchers investigate a critically important class of proteins, which adorn the outer membranes of cells

The number of proteins in the human body, collectively known as the proteome, is vast. Somewhere between 80,000 and 400,000 proteins circulate in our cells, tissues and organs, carrying out a broad range of duties essential for life. When proteins go awry, they are responsible for myriad serious diseases.

Now, researchers at Arizona State University's Biodesign Center for Applied Structural Discovery and School of Molecular Sciences, along with their colleagues, investigate a critically important class of proteins, which adorn the outer membranes of cells. Such membrane proteins often act as receptors for binding molecules, initiating signals that can alter cell behavior in a variety of ways. 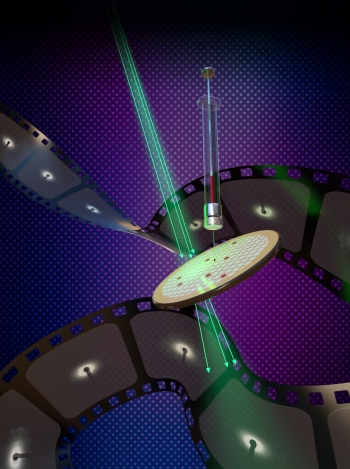 A new approach to acquiring structural data of membrane proteins in startling detail is described in the new study. Cryogenic electron microscopy (or cryo-EM) methods, a groundbreaking suite of tools, is used. Further, use of so-called LCP crystallization and microcrystal electron diffraction (MicroED) help unveil structural details of proteins that have been largely inaccessible through conventional approaches like X-ray crystallography.

The findings describe the first use of LCP-embedded microcrystals to reveal high-resolution protein structural details using MicroED. The new research graces the cover of the current issue of the Cell Press journal Structure.

“LCP was a great success in membrane protein crystallization," said Wei Liu, a corresponding author of the new study. “The new extensive application of LCP-MicroED offers promise for improved approaches for structural determination from challenging protein targets. These structural blueprints can be used to facilitate new therapeutic drug design from more precise insights.”

One class of membrane proteins of particular interest are the G-protein-coupled receptors (GPCRs), which form the largest and most varied group of membrane receptors found in eukaryotic organisms, including humans.

The physiological activities of GPCRs are so important that they are a major target for a wide range of therapeutic drugs. This is where problems arise however, as determining the detailed structure of membrane proteins — an essential precursor to accurate drug design — often poses enormous challenges.

The technique of X-ray crystallography has been used to investigate the atomic-scale structures and even dynamic behavior of many proteins. Here, crystallized samples of the protein under study are struck with an X-ray beam, causing diffraction patterns, which appear on a screen. Assembling thousands of diffraction snapshots allows a high-resolution 3D structural image to be assembled with the aid of computers.

Yet many membrane proteins, including GPCRs, don’t form large, well-ordered crystals appropriate for X-ray crystallography. Further, such proteins are delicate and easily damaged by X-radiation. Getting around the problem has required the use of special devices known as X-ray free-electron lasers or XFELS, which can deliver a brilliant burst of X-ray light lasting mere femtoseconds, (a femtosecond is equal to one quadrillionth of a second or about the time it takes a light ray to traverse the diamere of a virus). The technique of serial femtosecond X-ray crystallography allows researchers to obtain a refraction image before the crystalized sample is destroyed.

Nevertheless, crystallization of many membrane proteins remains an extremely difficult and imprecise art and only a handful of these gargantuan XFEL machines exist in the world. 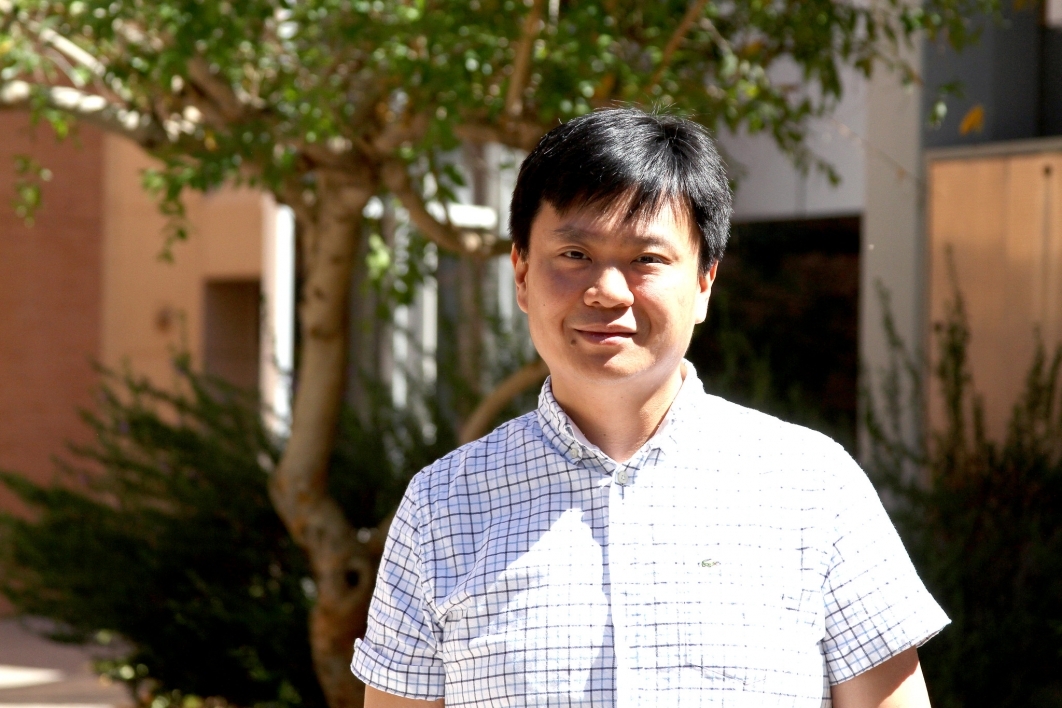 Wei Liu is a researcher in the Biodesign Center for Applied Structural Discovery and ASU’s School of Molecular Sciences. 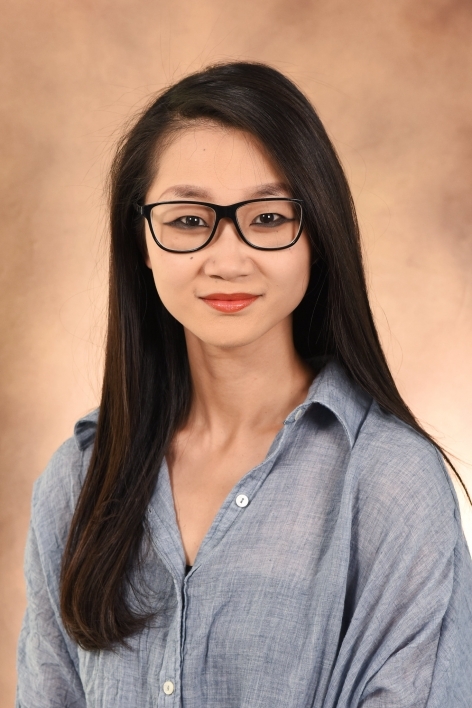 Lan Zhu, first author of the new study, is a researcher in the Biodesign Center for Applied Structural Discovery. 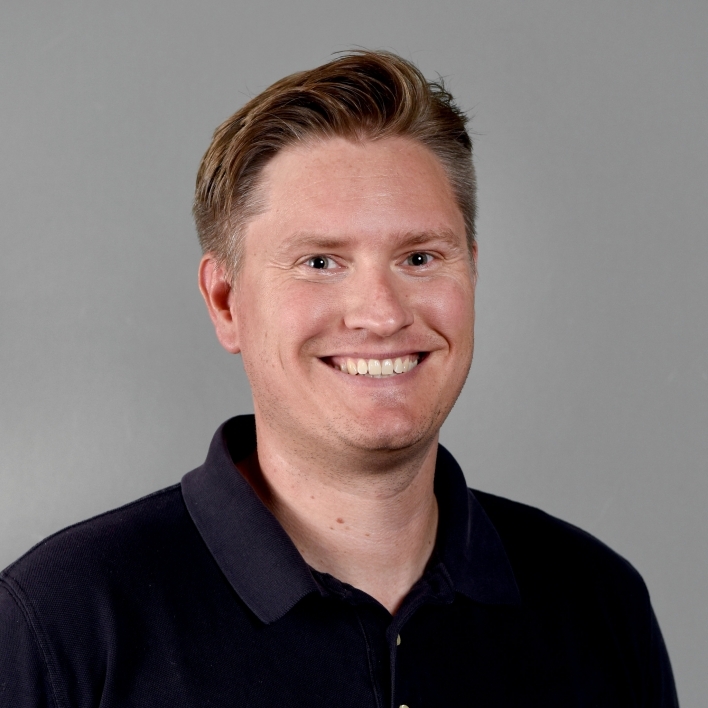 Enter cryogenic electron microscopy and MicroED. This ground-breaking technique involves flash-freezing protein crystals in a thin veneer of ice, then subjecting them to a beam of electrons. As in the case of X-ray crystallography, the method uses diffraction patterns, this time from electrons rather than X-rays, to assemble final detailed structures.

MicroED excels in collecting data from crystals too small and irregular to be used for conventional X-ray crystallography. In the new study, researchers used two advanced techniques in tandem in order to produce high-resolution diffraction images of two important model proteins: Proteinase K and the A2A adenosine receptor, whose functions include modulation of neurotransmitters in the brain, cardiac vasodilation and T-cell immune response.

The proteins were embedded in a special type of crystal known as a lipidic cubic phase or LCP crystal, which mimics the native environment such proteins naturally occur in. The LCP samples were then subjected to electron microscopy, using the MicroED method, which permits the imaging of extremely thin, sub-micron-size crystals. Further, continuous rotation of LCP crystals under the electron microscope allows multiple diffraction patterns to be acquired from a single crystal with an extremely low, damage-free electron dose.

The ability to examine proteins that can only form micro- or nanocrystals opens the door to the structural determination of many vitally important membrane proteins that have eluded conventional means of investigation, particularly GPCRs.

Starting a business is complicated, and entrepreneurs must consider many factors when deciding where to set up shop. How long will it take to get approval? How much must employees be paid? Even, is the electricity reliable?A new report from Arizona State University analyzed more than 12,000 data points to rank cities in North America on how easy it is to start a business.“Doing Business North Am... 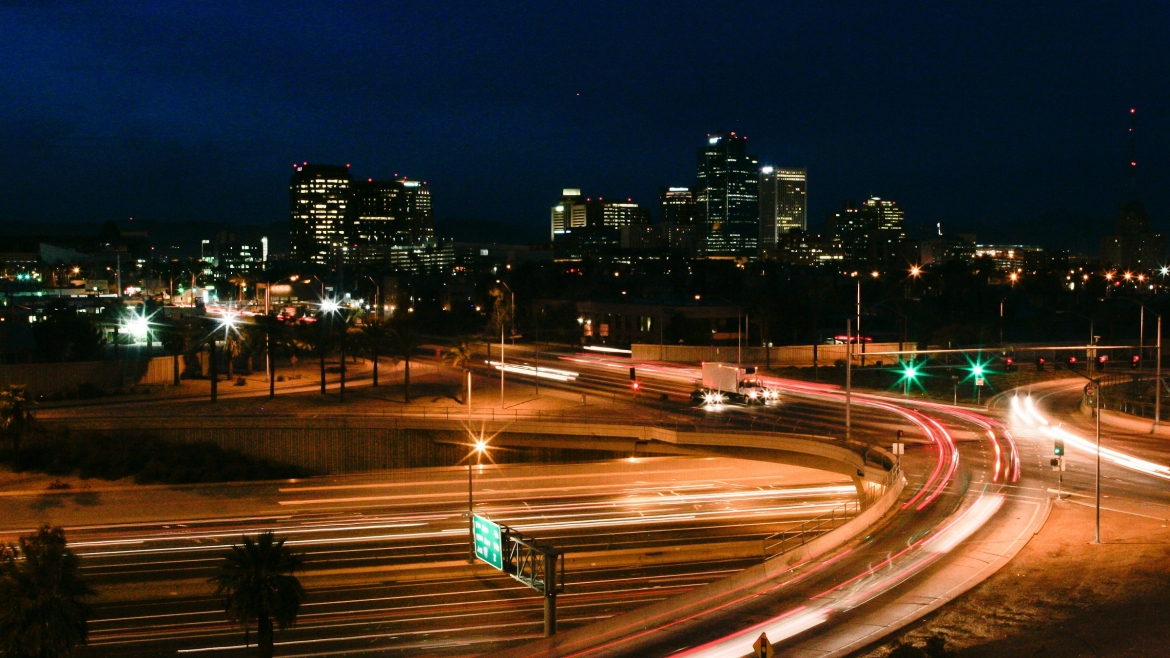 Starting a business is complicated, and entrepreneurs must consider many factors when deciding where to set up shop. How long will it take to get approval? How much must employees be paid? Even, is the electricity reliable?

A new report from Arizona State University analyzed more than 12,000 data points to rank cities in North America on how easy it is to start a business.

“Doing Business North America 2020,” released Oct. 5, is the second edition of a report that employs undergraduate researchers to compare a wide range of business regulations among 130 cities in Canada, Mexico and the United States. The project is led by The Center for the Study of Economic Liberty, a joint endeavor of the W. P. Carey School of Business and the School of Civic and Economic Thought and Leadership.

“Doing Business North America” started two years ago based on the World Bank’s “Doing Business” report, and this year involved nine undergraduates in different disciplines, led by Stephen Slivinski, senior research fellow and project director at the Center for the Study of Economic Liberty.

“Policymakers are interested in this in order to make sure they have a healthy economy and a base of people to fill their cities,” Slivinski said.

The students pored over publicly available data sets and websites, collecting information such as the laws covering maternity leave, how many steps it takes to get the power turned on, and how high the tax rate is. Some of the variables score cities on how transparent and accessible the information is.

The more regulations a city has, such as required paid time off or multiple steps for rezoning, the lower the score.

Among the cities evaluated, Raleigh, North Carolina, ranked first in overall ease of doing business, with a score of 82.42 out of 100.

Compared with last year, the new report adds 15 cities, including Mesa and Tucson, for a total of 130. 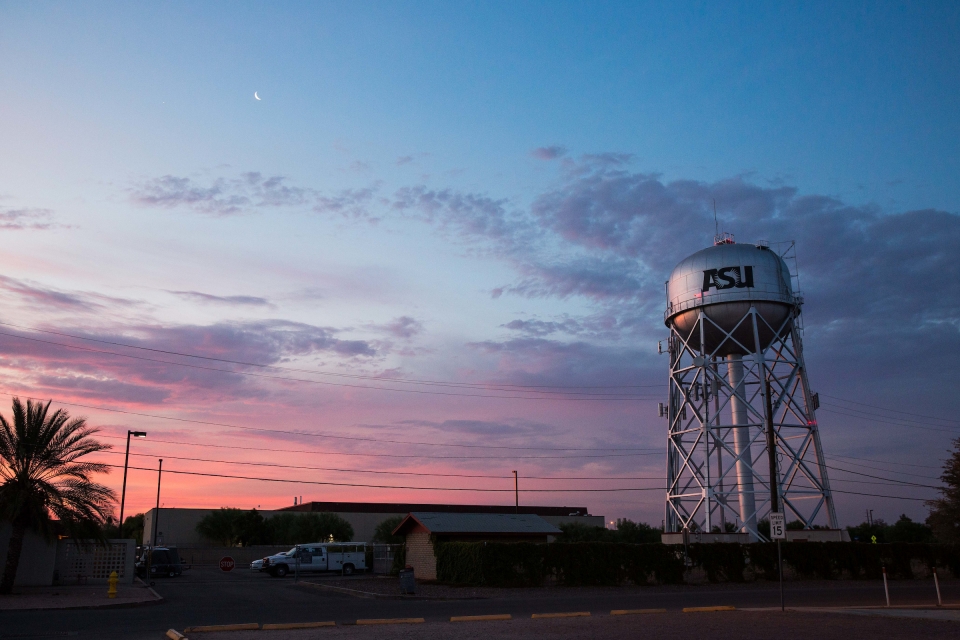 Mesa, home to ASU's Polytechnic campus, was added to the Doing Business North America research project this year and ranked 58th, one spot ahead of Phoenix. Photo by Deanna Dent/ASU Now

“One group of variables has to do with the ability for a business to get reliable electricity, using engineering best practice standards – how often there are brownouts, the duration of the brownouts,” Slivinski said. “This is an important feature for a lot of places – even places you don’t expect, like California. They have serious issues now.”

Another new variable is zoning.

Many studies have examined the impact of regulations on the supply and demand of residential land, Slivinski said.

“But no one has done that for commercial property, and we figured there would be a similar impact,” he said. “Would zoning regulations make it more difficult or easier to build or rent an office building?”

So the team took the methodology of the Wharton Residential Land Use Regulation Index and applied it to commercial property.

“As far as we know, it’s the first time anyone has done that,” Slivinski said.

The “land and space use” category compares things like the number of approvals needed for zoning (one in Houston and Washington, D.C.; two in the Arizona cities; five each in St. Louis and Birmingham, Alabama) and whether there’s an environmental review board for rezoning (no in Arizona and Maine, yes in California and Georgia).

One reason that Phoenix dropped in the rankings was because of low scores on commercial zoning regulations, according to Mason Hunt, project coordinator for the Center for the Study of Economic Liberty.

“Adding the zoning stuff probably hurt them the most, as well as ‘autopilot’ changes from year to year, like the rising minimum wage,” he said.

Besides land and space use, the other categories that cities are compared by are starting a business; employing workers; getting electricity; registering property; paying taxes and resolving insolvency. All of the data is available for download by the public.

“It’s been policymakers, people at the city council level in particular, but also academics and other researchers, who saw in this data a great opportunity to research migration and why people move from one city to another,” he said.

“But most important, the attention gets at the kinds of things we really should be measuring.”

Steven Moore, a senior majoring in civic and economic thought leadership, is one of the students who has been working on the project since it started.

“From version one to version two, we really got to sharpen our methodology and our approach to collecting raw data, which is a big part of what I did,” Moore said.

The students sorted through an enormous volume of online data to pull out facts like cities’ commercial tax rates. And they couldn’t depend always on municipal web sites.

“You’re looking at a PDF that might be really old. You would imagine that the information would be more up-to-date,” he said.

“Then we had to see if the sourcing was consistent, and whether there were any outliers.”

Slivinski said that the team is interested to see how trends develop, and especially whether there are effects from the pandemic.

“One thing would probably have to do with employees’ ability to work remotely,” he said. “There are tax provisions and licenses that go into that and we may be able to measure those types of things.

“We hope to add a handful of cities every year and have enough of a time frame to see a good, strong pattern emerge over the course of multiple years.”

The analysis showed a wide range of experiences in starting a business:

The Center for the Study of Economic Liberty is holding a free webinar at noon Thursday to discuss Doing Business North America 2020.