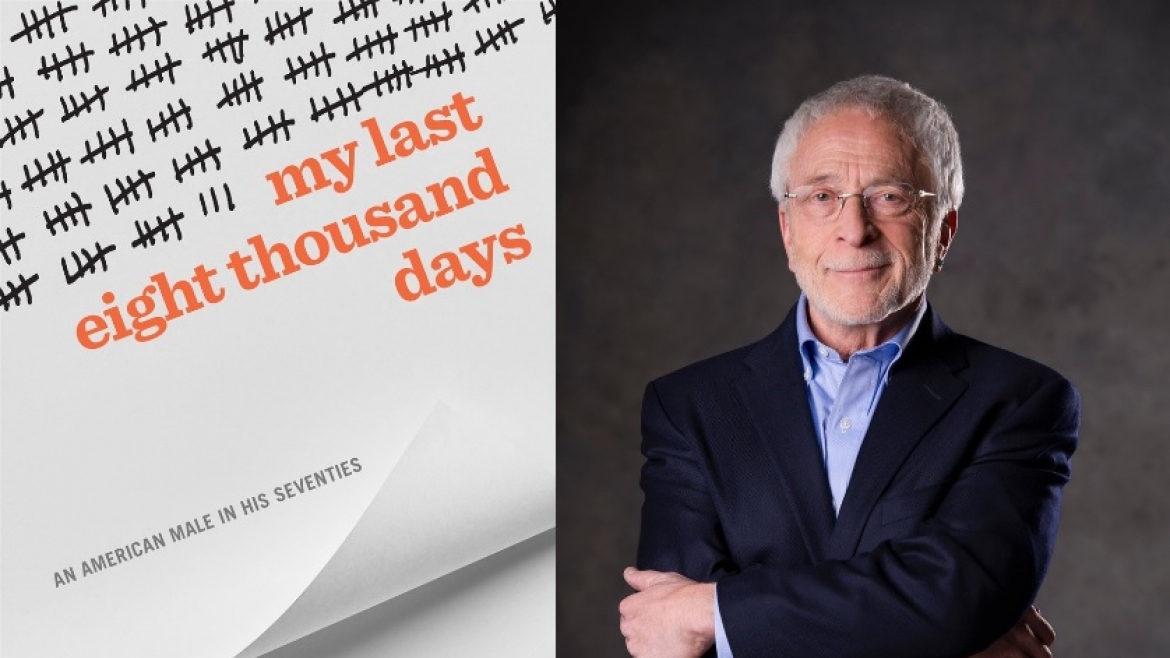 ASU Professor Lee Gutkind reflects on life as a writer, the impact of aging

Lee Gutkind has made several costume changes in his life. The fatigues of the U.S. Coast Guard. The leather of a biker. The black T-shirt of a beatnik. The tweed of a college professor. But through it all, one thing has remained the same: He is a writer.

This month, at age 75, the Arizona State University professor published his memoir, “My Last Eight Thousand Days: An American Male in his Seventies,” a deeply personal reflection on the journey that brought him to where he is now, revealing all the discomforts of his latest costume change — that of an older man.

Gutkind will discuss the book with Steven Beschloss, director of ASU’s Narrative Storytelling Initiative, in a live Zoom event co-hosted by Changing Hands Bookstore at 6:30 p.m. Tuesday, Oct. 20. An excerpt from it is available to read now at the online magazine Transformations, a collaboration between the Narrative Storytelling Initiative and the Los Angeles Review of Books that features essays inspired by the belief that sharing transformative stories has the power to influence the trajectory of our lives.

The power of story is something Gutkind discovered early in life. As an outsider in high school, he took refuge in books. When he joined the military immediately afterward, he again found solace in the written word.

“When I went into the military, there were a lot of things I couldn’t do,” he said. “One thing I could do was go to the library.”

After his service in the Coast Guard, Gutkind felt directionless, and eventually found himself back at school, taking night classes in his hometown at the University of Pittsburgh. By this time, he had developed an interest in not just reading, but writing, and a couple of his professors encouraged him to pursue it.

At the time, one of his favorite books was Jack Kerouac’s classic American road trip novel, “On the Road,” and Peter Fonda and Dennis Hopper were lighting up screens across the country as spiritual nomads in “Easy Rider.”

It was all so exciting and romantic to Gutkind, who decided the best way to be a writer would be to gather as many wild and wonderful experiences as possible and draw inspiration from there. And the best way to gather those experiences without much money was to follow the example of Fonda and Hopper’s characters and hop on a hog.

“It was a real special way to see the country back then,” he said. “There were many more side roads, not all these super highways. One could sit in a small town, in an old diner — not a Starbucks — and meet all kinds of interesting people.”

Much as it is now, in 2020, the world then was in upheaval. Then, as now, racial tensions surged, trust in the American dream was unraveling and people felt lost and exhilarated, all at once. In his travels, Gutkind met them all. In his first book, “Bike Fever,” published in 1973, he wrote about the motorheads.

“To be part of something I knew nothing about at all and then tell true stories about it made me feel good,” he said. “It gave me direction. Because I sure didn’t know where I was going.”

That style of writing, which would eventually come to be known as creative nonfiction, wasn’t common — or at least wasn't well-respected among the literary elite — then. It certainly wasn’t anything akin to poetry or fiction. These were stories based on true events, after all. But it wasn’t quite journalistic, either.

“Journalists then were not as free to use certain literary techniques. There wasn’t a lot of training for that kind of sheer, beautiful, rich, three-dimensional cinematic writing,” Gutkind said. By the end of the 1960s, the New Journalism movement that sought to utilize such unconventional techniques was only beginning to gain momentum, and nonfiction writing programs didn’t even exist in higher education.

Gutkind was about to change that, though. By the early 1990s, he had taken a long enough break from his free-wheeling days of wanderlust to take up a position in the department of English at his alma mater, where he helped to found the first MFA program for creative nonfiction. In 1991, he founded Creative Nonfiction, the first literary journal to exclusively publish the genre. His role in legitimizing it was solidified when a 1997 Vanity Fair article described him as the “godfather of creative nonfiction.”

“It was a gigantic fight, a real battle in the academy, in order to get people to understand that nonfiction was an art form as challenging and as rich as the other genres,” he said.

Since joining ASU over a decade ago, Gutkind has continued to advance the genre, teaching a class called “True Stories That Matter” and establishing Think Write Publish, a program sponsored by the Consortium for Science, Policy and Outcomes and funded by the National Science Foundation that brings together scientists and creative nonfiction writers to craft stories that communicate important issues in science policy to a broad, general audience.

Think Write Publish came into being after Gutkind gave a lecture to ASU science and technology students on the power of narrative. David Guston, director of the School for the Future of Innovation in Society, approached Gutkind after his talk, and a plan was hatched.

“Dave and his colleagues were all for this idea of trying to communicate to the general public how we’re going to shape the future, and what science means in technology and policy,” Gutkind said. “The idea was if I could bring the skill of narrative to (scientists), it would open up the door to an absolute richness of connection between the general public and the science and technology world. And that really excited me. It made me want to push the genre past just people writing about themselves or general things. And I thought it was really important as our world is advancing in so many ways, and we need to understand so much more about science and technology just to live in it.”

Professionally, Gutkind was delighted at the opportunity to explore new frontiers in creative nonfiction. Personally, he was in crisis. Turning 70 was distressing for more reasons than the simple fact of getting older. Two of his best friends and his mother had recently died, he had just broken up with his long-term girlfriend and a book deal had fallen through.

“Suddenly, I felt all alone and defeated,” he said. “So I took a step back to look at my life and see where it was going next.”

Around the same time, a study from MIT caught his attention. In it, researchers broke a person's life down into periods of 8,000 days. Gutkind was struck by a claim the study made, that if you’re still alive at 65, you have a 50% chance of living another 8,000 days.

A self-described “immersion” writer, Gutkind spent much of his career immersing himself in the lives of others in order to tell their stories. He had scrubbed with organ transplant surgeons and spent months on the road with a crew of MLB National League baseball umpires – but he had never turned his lens inward.

“I have immersed myself for long periods of time with lots of different kinds of people, and it has been one of the greatest privileges of my life,” he said. “But this time, I decided I would do immersion on myself, and in particular, the impact of aging.”

In order for it to work, Gutkind said, he knew he had to be completely honest: about his fears of losing the ability to write, to focus, to teach. About not being able to run his favorite trails anymore.

“It’s all very exciting to write about other people. But the biggest writing risk of my life has been writing about my own life,” he said. “A good memoirist can’t shirk information and cannot hold back. You have to tell the reader things that sometimes you’re afraid to even think about. You’ve got be a writer who comes clean with himself.”

Despite his fears, Gutkind hasn’t slowed down. He’ll be teaching his “True Stories That Matter” course again in spring 2021, and he’s already working on his next book. If “My Last Eight Thousand Days” is a memoir about his personal life, his current project is shaping up to be a memoir about his professional life.

In the meantime, he’s waiting out the pandemic in his hometown of Pittsburgh, teaching remotely and dreaming of the days when he’ll once again be able to stroll the sun-soaked malls of ASU’s Tempe campus.

“The thing that makes teaching at ASU so exciting for me is that I’m able to teach people with all kinds of interests,” Gutkind said. “In my classes, I teach engineers, scientists, physicians. It’s always a really satisfying pleasure and surprise to see who shows up.”

“We decided to launch the concentration online after witnessing the online success of our other bachelor’s concentration in religion, culture and public life,” said Leah Sarat, religious studies professor and faculty head. 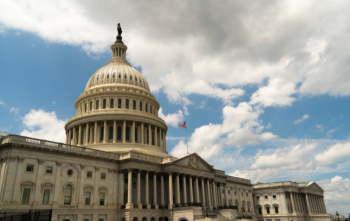 The degree covers a long list of interests for students looking to broaden their global knowledge. It’s the perfect degree for students wanting to explore the human experience in a new way.

“This degree is more focused on the ‘macro’ picture, looking at how religion has impacted regional and international politics, shaped public policy and influenced health care or responses to climate change, among other things,” said Jason Bruner, associate professor of religious studies. “This program also illuminates the ways religion has affected conflicts as well as provided resources for peacebuilding. We think this degree is well suited for students who have interests in humanitarianism, nonprofit work, journalism and public service.”

Online religious studies majors now outnumber the number of on-ground majors, and the school wanted to offer the concentration for those students.

“The online format helps students in a number of ways,” said Peter Van Cleave, clinical assistant professor of history and director of online programs. “It is accessible, flexible and adaptable to meet the needs of the 21st-century learner. But more importantly, here in (the school) and amongst the religious studies faculty, it isn't just that online students receive the same degree, they receive the same experiences and opportunities as immersion students.”

Students from all over the world and of all ages can now enroll in the degree program meant to give students the tools to discuss difficult topics.

“It allows current and future ASU online students to work closely with our full-time, Tempe campus faculty on topics ranging from religious nationalism to the intersections of faith and the global environmental crisis,” said Matthew Casey, clinical assistant professor of history and assistant director of online programs.

Students can take classes in religions around the world, sustainability and religion, religion ethics and international politics, war and peace, Islam and world affairs, violence and America, and more.

Learn more about the degree or apply.