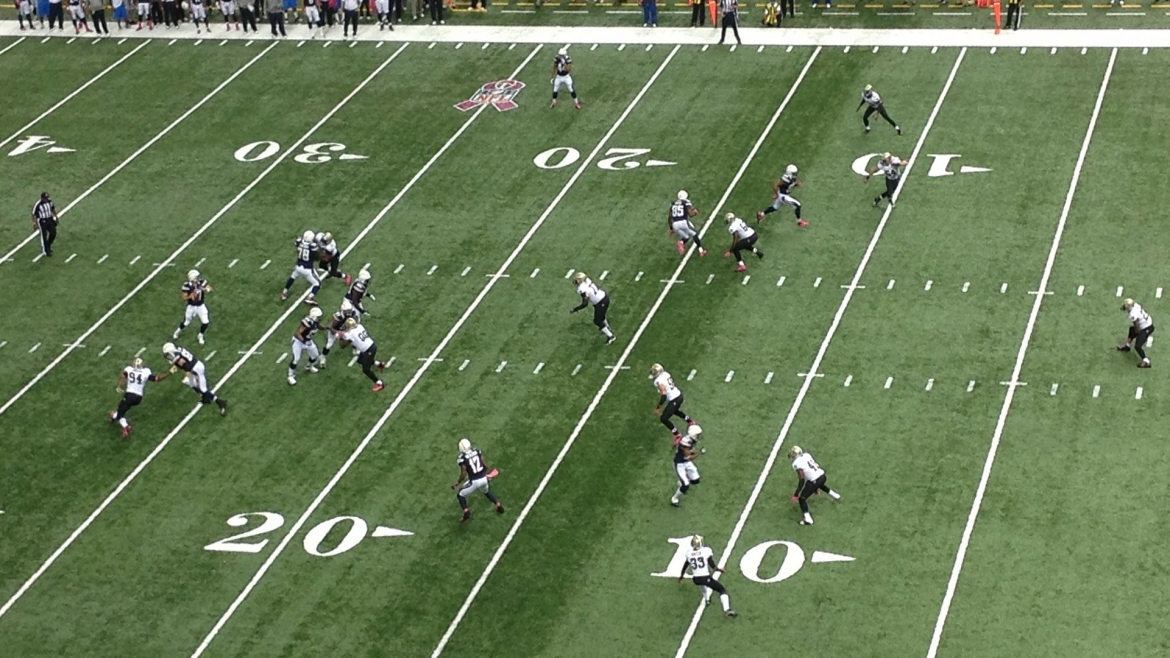 A new report out of Arizona State University shows how Black men have a more difficult path to college head football coaching jobs than white men, who are hired with less playing and coaching experience.

“We wanted to take a look at what leadership looks like in college head coaching,” said Karen Gallagher, senior researcher with the Global Sport Institute at ASU, which collected the data in conjunction with the Paul Robeson Research Center for Innovative Academic and Athletic Prowess.

“You can see the greatest gains in 10 seasons is in the hiring of white coaches, but we wanted to consider factors like playing experience and coaching experience.”

“For white coaches, there were a lot more pathways, including not having significant playing experience, which was noteworthy,” Gallagher said. She spoke at a webinar on Sept. 24 in which a panel of experts discussed the results.

Ken Shropshire, CEO of the Global Sport Institute, and the panelists reflected on how their emotions and their discussion of racial justice were impacted by the news on Wednesday that the police officers who shot Breonna Taylor in Louisville, Kentucky, in March would not be charged with her killing.

“Our hearts are heavy as we do this. In this work, we know it’s all intertwined,” Shropshire said.

“It’s the shape of the river. How do we correct the course to address all these things? Where having head coaches sits on the pantheon of problems, I don’t know, but it’s all part of the river.”

Panelist C. Keith Harrison, a professor at the University of Central Florida who oversaw data collection for the project, said that the numbers showed how white coaches “get in at the ground level.”

“Many played in Division 3, Division 2, NAIA,” he said. “It’s like Dr. Harry Edwards has said, for us to have an opportunity to coach or be in the (broadcast) booth, we have to have five Super Bowl rings or championship rings.”

The panel included Richard Lapchick, CEO of the Institute for Sport and Social Justice, who was among the first researchers to track hiring of minorities in sports and make the results public, starting in the 1980s. Back then, he pointed out the lack of minorities among general managers, coaches and front office and league office personnel, despite the fact that most players are Black.

“It’s something the general public can grasp rather than systemic racism or the history of slavery,” he said. “They can talk about this as football fans.”

Fitz Hill, a former head football coach at San Jose State University, said that Lapchick’s work in 1988 was an “awakening moment” for him.

“I used that data to create the game plan to become a head football coach and I realized there was a stereotyped perception of African American coaches,” said Hill, who was president of Arkansas Baptist University from 2006 to 2016.

Hill forged relationships with white coaches, at one point taking a graduate assistant position at the University of Arkansas that paid $50 a month and sleeping on the floor of an assistant coach’s hotel room during away games. That “sponsorship” was key in getting a chance at the head coaching position at San Jose State, he said.

“I probably shouldn’t have taken that job because the resources weren’t what I was used to, coming from the SEC,” he said. “But because I knew the data so well, I knew that Black coaches don’t get many opportunities. When they offered me the job, there were only three Black head coaches at the time.”

Hill said being the “first” is a burden.

“They’ll probably never hire another Black coach because of my lack of success,” he said.

“We’re looked at as an experiment. If we’re successful, it’s like a blue-chip stock that’s taken off. If not, the experiment failed.”

Sam Sachs, founder of the No Hate Zone organization, described how he worked to get legislation passed in Oregon in 2009 that required any state-funded university to interview at least one minority candidate when hiring a head football coach. It’s based on the NFL’s “Rooney Rule.”

“They amended it to include all sports,” he said.

Lapchick said he’s been trying to get the NCAA to adopt a similar rule for several years.

“The last thing they want is government intervention.”

Hill lamented that hiring of Black coaches is regressing. He wrote a book, “Crackback: How College Football Blindsides the Hopes of Black Coaches” in 2012.

“I actually thought in 2011, when my book went to the publisher and we had 17 Black head football coaches (across all divisions) in the NCAA, that in 2020, ‘Crackback’ may be irrelevant,” he said.

“We’re still saying we need legislation to include me in the process?”

Hill said he believes that some key hires led to a kind of complacency, sometimes called “the Obama effect.”

Hill said he has been motivated to study the issue further.

“I’m going to do a ‘Crackback’ postgame report. How did we go back?”

The webinar and study are part of a Global Sport Matters project called "The Reset of College Sport."

Climate change may feel formidable, and people worldwide are already experiencing its effects, but our future is not yet decided. Catastrophe is not inevitable.  Countless people around the world, recognizing the urgency of this moment, are taking climate action in a way that draws from their personal experiences and passions. A new PBS video series in collaboration with the Arizona State Univers...

The new PBS series, in collaboration with the ASU Global Futures Laboratory and Planet Forward, aims to inspire climate action

Climate change may feel formidable, and people worldwide are already experiencing its effects, but our future is not yet decided. Catastrophe is not inevitable.

Countless people around the world, recognizing the urgency of this moment, are taking climate action in a way that draws from their personal experiences and passions. A new PBS video series in collaboration with the Arizona State University Julie Ann Wrigley Global Futures Laboratory is telling the stories of some of these courageous, innovative and captivating people.

The monthly series is called “Planet Forward” and is hosted by Frank Sesno, a CNN veteran and director of the Planet Forward project at George Washington University’s School of Media and Public Affairs. This new series is part of the “Peril and Promise” initiative from WNET, the PBS affiliate in New York, exploring human stories affected by climate change. Each episode of “Planet Forward” will engage a young storyteller.

“We are excited to be partnering with Frank Sesno, Planet Forward and PBS on this series,” said Steven Beschloss, narratives lead of the Global Futures Laboratory and director of the Narrative Storytelling Initiative. “Solutions to the climate crisis that can lead to positive futures depend on smart ideas, motivated thinkers and doers, and powerful storytelling that can expand the population committed to making change.”

In the first episode, “Can youth be the bipartisan climate communicator?,” Alexandria Villaseñor, founder of Earth Uprising, describes her journey as a climate activist and gives advice to other young people wanting to get involved.

“Youth, I believe, are the intergenerational bridge for climate change awareness, and I think that we have to be because of how urgent this is,” Villaseñor said. “Climate change will affect our generation the most, so we have the most at stake right now.”

Sesno also interviews young climate tech innovator Rohan Agrawal, who is taking a technological and scientific approach to climate solutions, while understanding the importance of storytelling to create change.

“I believe it’s not about blatantly reporting the data anymore, but wrapping that data in a narrative, and painting a picture that inspires young people like myself to take action,” Agrawal said.

Upcoming episodes include stories of people responding to issues of extreme heat, climate-fueled wildfires and climate justice. Full episodes can be watched online.