The Design School at Arizona State University welcomes Swati Piparsania, who will join the faculty as a clinical assistant professor in the industrial design program.

Piparsania joins the school after a two-year stint as an Association of Independent Colleges of Art and Design Teaching Fellow at Pratt Institute where she taught experimental and critical design. Her research and teaching endeavors have sought to expand the narrow definition of design theory, especially utilizing non-Eurocentric examples of community work and social justice as a frame to understand practice as developing theory and analysis. Piparsania’s background in art, design and community-based practice influences her own design philosophy that she said she is excited to share with students at ASU.

“I believe a lot in working with one’s own intuition,” Piparsania said. “It is something that builds itself constantly when we engage in it, almost like any other skill. The more we practice, the more we learn about it. I also believe this would bring the depth of care which we often miss in student’s work or in general design education.”

A native of Bhilai, a city in the Indian state of Chhattisgarh, Piparsania completed her undergraduate studies at Srishti School of Art, Design and Technology in Bangalore. She received her Master of Fine Arts in 3D design from Cranbrook Academy of Art.

“I am super excited to be teaching at an institution like ASU,” she said. “It almost feels like a small world in itself. All my education was in very small schools, with 100 to 400 peers each, and it makes me so happy to think about working alongside so many intellectuals from different fields here.”

Outside of teaching and research, Piparsania enjoys playing music and dancing, both solo and with friends, as a means to recharge her creative energy.

Women's soccer: Building a future for the next generation — on and off the pitch

Over the past several years, women’s soccer has seen meteoric global growth.The 2019 Women’s World Cup was an international hit, celebrated at a time when many countries were developing stronger domestic leagues on the back of a generation-long expansion of the sport at the youth level. In its 2020 Sports Industry Outlook, Deloitte named the rise of women’s sports as one of five biggest tren... 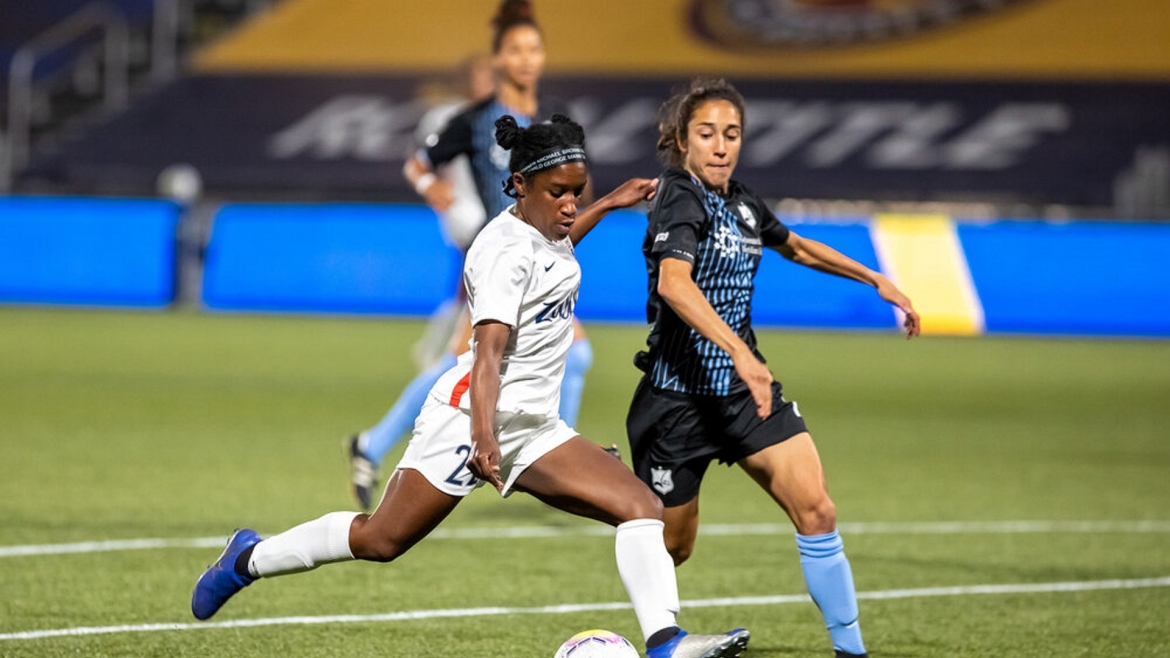 Women's soccer: Building a future for the next generation — on and off the pitch

Over the past several years, women’s soccer has seen meteoric global growth.

The 2019 Women’s World Cup was an international hit, celebrated at a time when many countries were developing stronger domestic leagues on the back of a generation-long expansion of the sport at the youth level. In its 2020 Sports Industry Outlook, Deloitte named the rise of women’s sports as one of five biggest trends affecting the industry, with soccer (or, as the rest of the world calls it, football) as a key driver.

And then the pandemic hit.

“It was this cruel irony,” said Victoria Jackson, a sports historian and professor at Arizona State University.

But the surprise is that, despite the pandemic, “women's sports around the world right now are continuing their rise,” said Jackson, a former professional runner and track and field athlete for ASU and UNC.

Then again, if you consider the history of generations of female athletes enduring in the face of immense challenge, perhaps it’s not so surprising after all.

“Hustle is in the DNA of women athletes,” said Jackson, who won the NCAA national championship for the Sun Devils at 10,000 meters. “It's gratitude, it’s responsibility, and it's hustle and joy and innovation … We can take on this pandemic,” she said.

In ASU’s most recent Convergence Lab event, Jackson caught up with three professional soccer players who embody hustle, responsibility and innovation, both on and off the pitch: Caprice Dydasco of Sky Blue FC, Karen Bardsley of Manchester City and Daniela Solis of Rayadas de Monterrey. 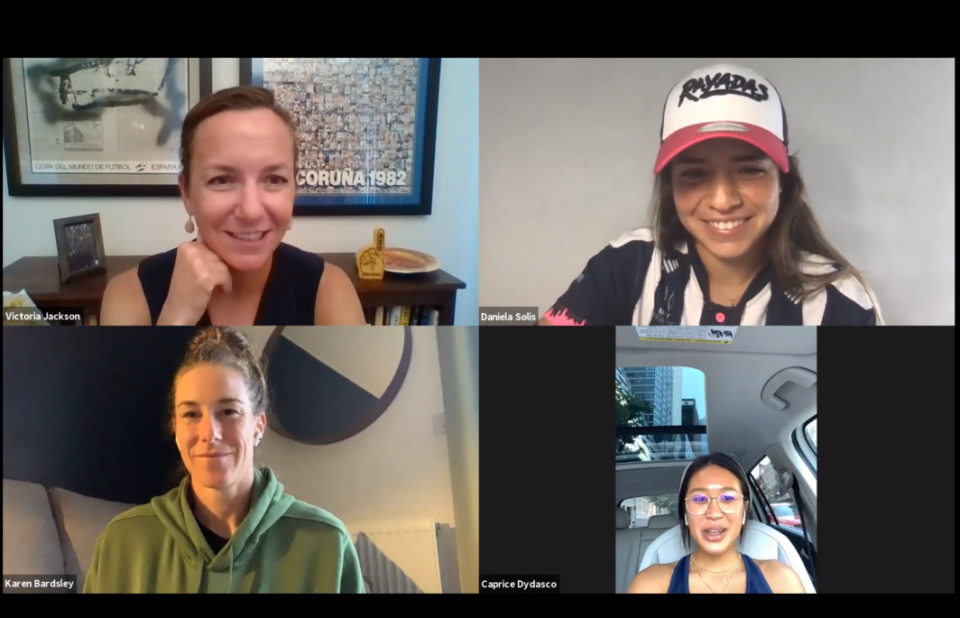 The athletes, all of whom have played on national teams at the youth and/or senior level, discussed their respective journeys to the top of the global game.

“I was pretty much born on the soccer field,” said Dydasco, who grew up in Hawaii in a family of soccer players. Dydasco, currently working through an ACL tear, has made it through a number of injuries throughout her career.

“Injuries have been part of my nightmare, but also have made me stronger,” she said.

Dydasco’s resilience in the face of injury, said Jackson, is one example of the many lessons of sport that athletes carry with them off the field or court or track: a tolerance for discomfort, for difficulty, for pain, and a willingness to do the hard work to get beyond it.

Bardsley grew up in between goalposts in California before eventually going to play in England, her parents’ home country.

The position of goalkeeper “probably allowed me to be a bit more myself because I wasn't afraid to be physical, get in the way of the ball, roll around in the dirt and just dive around, be a bit unique,” she said.

“You have to have an education to back you up. That’s always been my motto,” she said.

The players have witnessed and driven positive change in their sport, and they’re dedicated to building a better future for the athletes that will come after them. Jackson, who is writing the very history these women are now making, is optimistic about the future, even in the face of unprecedented challenges.

“Women have always brought creativity and joy to the sports space, and despite efforts to push them to the sides and the margins … they’ve continued to play,” she said.

“If we tap into what we do well and ignore all the distractions and people trying to fight what we're building,” Jackson said, “we're going to build something …incredible, and those other sports leagues are going to try to replicate what the women build themselves.”

Upon finishing her own career on the pitch, Dydasco hopes to return to Hawaii to build a training facility to help young athletes develop their skills and open doors for them to be discovered by college coaches. She’d also like to establish an injury prevention program.

Bardsley, too, hopes to create an environment where young players can find mentors, coaches, teammates and role models that they can see themselves in, challenging harmful stereotypes and misperceptions in the process.

“I think my ultimate goal is parity, not only just on the pitch, but in the boardroom, in society,” she said.

Solis sees tremendous opportunity for up-and-coming athletes in the young professional women’s league in Mexico, and her biggest goal right now is “opening that path for a new generation” to be able to live off the game. Her advice for that generation? “Be stubborn and just strive for what you want, because dreams come true.”

“Be yourself. There is no one just like you on the field. So know your strengths and weaknesses, and keep working weaknesses. But also don't be afraid to ask for help,” Dydasco added.

Watch the full event on YouTube. Sign up for Convergence Lab’s next event, about the future of urban mobility, on Sept. 22.