The Howard Center for Investigative Journalism, a national reporting initiative at Arizona State University’s Walter Cronkite School of Journalism and Mass Communication, has released a three-month multimedia investigation that found homeless people are among the most vulnerable populations in the COVID-19 pandemic, yet they’re largely invisible victims.

The U.S. Department of Housing and Urban Development, which oversees homeless programs, has not required its national network of providers to gather infection or death data on homeless victims, so very little is known about how they’re faring. And cash-strapped, overworked public health departments have largely been unable to conduct such tracking. "COVID's Invisible Victims," a Howard Center for Investigative Journalism project, found that homeless people are among the most vulnerable populations in the COVID-19 pandemic. Download Full Image

Researchers warned at the start of the pandemic in March that at least 1,700 of the country’s estimated 568,000 homeless people could eventually die of COVID-19. The administration’s homelessness czar told Congress in July there had been just 130 homeless deaths. However, the Howard Center for Investigative Journalism tracked at least 153 homeless deaths over the same period in just six cities and counties and, by early August, had tallied at least 206 homeless deaths.

“COVID’s Invisible Victims,” an investigation supported by a grant from the Pulitzer Center, also found that four months after Congress had allocated more than $4 billion for homeless-specific programs as part of the Coronavirus Aid, Relief, and Economic Security Act, most of that money had not made its way to local communities, leaving many homeless people still on the streets.

As part of its investigation, the Howard Center created a “vulnerability index” by analyzing data to predict which homeless populations around the country might be most at risk in a COVID-19 outbreak. It identified 43 counties that would likely struggle in the pandemic, several of which — such as Imperial in California and Maricopa in Arizona — went on to develop some of the highest infection rates in the country.

Reporters also interviewed more than 80 professionals working in the fields of homelessness, epidemiology and public health. And because homelessness is typically a problem left to local communities to address, reporters filed 140 public records requests to the 43 vulnerable counties and their major cities to learn more about their responses to the crisis.

Overall, government records showed, localities faced two major problems in addressing the pandemic’s impact on their homeless populations: a lack of readiness to work across departments dealing with both housing and health, and insufficient data and testing to know who was getting sick and where.

The pandemic also forced creative workarounds for the student-reporters, who were restricted from field work for their safety. The Howard Center purchased a dozen “burner phones” — cheap smartphones with 30 days of credit — and provided them to homeless service providers in California, New York, Florida, North Carolina and Arizona, who in turn shared the phones with homeless clients. The Howard Center also created a Google Voice phone number that enabled other homeless people to leave recorded messages and connect with reporters directly. The result was a “voices of the homeless” multimedia presentation in which homeless people in hot spot areas discuss their daily struggles in the pandemic.

“Reporting on how coronavirus has affected the most vulnerable among us was eye-opening, especially after digging deep into the government’s response to homelessness and COVID,” said Molly Bohannon, one of seven Howard Center reporters on the project. “We found there’s little being done nationwide to track infections, deaths or the pandemic’s broader impacts on homeless people. And if we aren’t even trying to measure this, how can we ever know the virus’ true toll?”

Katie Surma, a lawyer who like Bohannon completed her master’s degree in investigative journalism with this project, said working in the Howard Center “gave us the opportunity to do meaningful work that will hopefully lead to positive changes.”

Arizona State University received $3 million from the Scripps Howard Foundation to establish the Howard Center for Investigative Journalism in honor of the late news industry executive and pioneer Roy W. Howard. It offers multidisciplinary, graduate-level programs focused on training the next generation of reporters through hands-on investigative projects.

Maud Beelman, former U.S. investigations editor for the Associated Press, is the executive editor of Cronkite’s Howard Center, and Lauren Mucciolo, who has produced documentaries for "Frontline" and the BBC, is the executive producer.

The University of Maryland also hosts a Howard Center, which will soon release an investigation into evictions as part of a national Howard Center consortium look at the plight of homeless people in the United States.

In addition to “COVID’s Invisible Victims,” the Howard Center at ASU released multimedia investigations in February and May looking at problems involving ICE’s Homeland Security Investigations and its agents’ involvement in civilian shootings and botched sex-trafficking investigations .

Each year, students selected into the program report in-depth on a single topic of national importance, usually traveling to 30 or more states from the project’s base in Phoenix. This year, because of COVID-19, the 35 News21 fellows from 16 universities reported virtually from their hometowns or home campuses across the country, using video conferencing and cell phones. 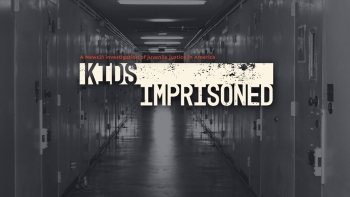 They found innovative ways to produce a multimedia package of 23 main investigative and explanatory stories, 35 additional reports with photo illustrations, plus a seven-part podcast and several video stories. They also made virtual portraits using projectors and video conferencing.

“This project reflects the tenacity of a new generation of young journalists who persisted despite a national pandemic, protests about race and policing, and restrictions that kept them from reporting in the field,” News21 Executive Editor Jacquee Petchel said.

The project can be found at kidsimprisoned.news21.com.

A key finding of this year’s eight-month investigation: Justice for juveniles is handed down disproportionately, depending on where they live, their race, which police officer arrests them, or which judge, prosecutor or probation officer happens to be involved in the case. Juvenile courts nationwide process nearly 750,000 cases each year.

About 200,000 of these involved detention – removing a young person from home and locking them up. Depending on where a young person lives, the same crime can result in something as mild as rehab and mentoring, or as severe as incarceration behind barbed wire in an environment of rioting and sexual abuse.

Work on the project started in January 2019 with a seminar on issues involving juvenile justice taught by Petchel. Students heard from experts on the topic, analyzed data, researched topics and conducted interviews with people across the country.

“At a time when our nation is so acutely focused on the justice system, our project shines a light on how it can profoundly affect the lives of American children, in many cases dramatically shifting the trajectory of their futures,” said Anthony Wallace, one of 12 Cronkite students who were part of the project.

Mikhayla Hughes-Shaw, a 2020 University of Iowa graduate, said she was challenged by News21 to become a better interviewer and storyteller. “I learned new communication skills, especially how to navigate a conversation in a virtual space,” Hughes-Shaw said. “I dug deeper into a topic than I ever have before.”

News21 was established in 2005 by the Carnegie Corporation of New York and the John S. and James L. Knight Foundation to demonstrate that top journalism students can produce groundbreaking reporting on major national topics and present their findings in innovative ways.

Fellows from other universities: