ASU Art Museum will reopen to the public on Thursday, Aug. 20. During the temporary hiatus, staff has been working diligently to plan for the safe return of visitors to the museum, which closed to the public in March.

To ensure well-being, new guidelines based on ASU and city policy have been created for everyone’s health and safety. New procedures include free, timed-entry tickets via Eventbrite, face coverings required for entry, social distancing measures and enhanced cleaning procedures. Visit the museum website for free tickets and details on what you need to know before visiting. 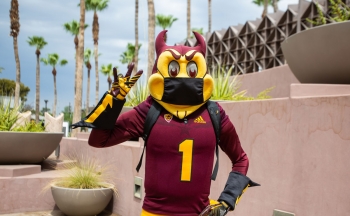 The opening will begin with a Limpia y Bendición (Cleansing and Blessing) with Phoenix-based curandera (healer) Patricia Federico at 10:30 a.m. This is a 45-minute, outdoor program honoring our students’ return to campus and is also open to the public.

Afterward, book your entry ticket to the museum for a special one-day screening of “Border Brujo'' (1990), by Guillermo Gómez-Peña and Isaac Artenstein. In this classic three-hour performance captured on film, Gómez-Peña explores the spaces of collision between Mexican and American cultures alongside concepts of hybridity, spirituality and resistance.

Visit: Reserve your free timed-entry ticket to the museum online.

Both the Limpia y Bendición and the screening are part of the museum’s new initiative, Pilot Projects — a museumwide initiative comprising adaptive and responsive strategies for the “new normal.” Arising from the pandemic along with a nationwide call for museums to address racial and social justice within their walls, Pilot Projects serves as a vehicle that lets art and artists represent the issues of our time. 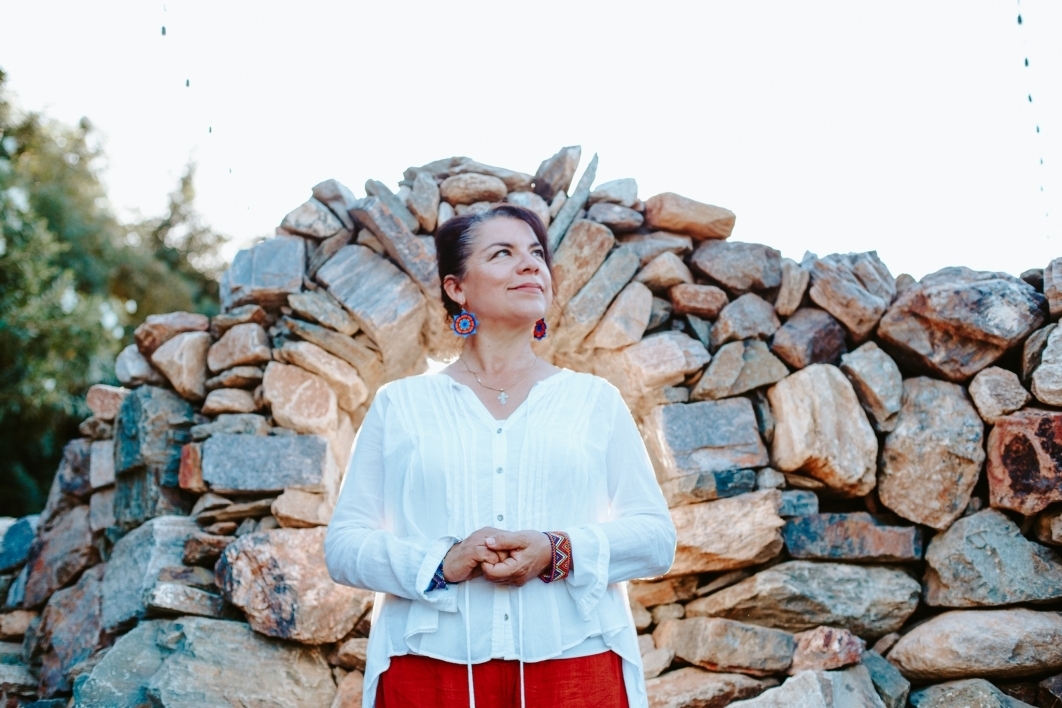 “While our museum has already had a long-standing commitment to social justice, this particular moment urges us to think and pilot a series of tactics that can lead to innovative solutions,” said ASU Art Museum Director Miki Garcia. “From the beginning of our hiatus, we quickly pivoted and asked ourselves: How do we embrace new methodologies within the digital world, and make authentic connections through art and storytelling in the cultural climate in which we find ourselves?”

Exhibitions on view at the museum include the Michael Sherrill Retrospective, For the Animals: Tania Candiani, Part II  and Look to Nature: Toshiko Takaezu, as well as Pilot Projects: Art.Response.Now. Visit asuartmuseum.asu.edu/programs-and-events to learn more about upcoming virtual exhibition opening receptions and more.

In 2020-21, watch out for digital programming through our social media channels: Facebook, Instagram, Twitter, YouTube and Spotify; learn more about upcoming educational events, such as Masterpieces at Midday, Get Weird and Couch. Coffee. Culture.; and attend artist interventions and performances. 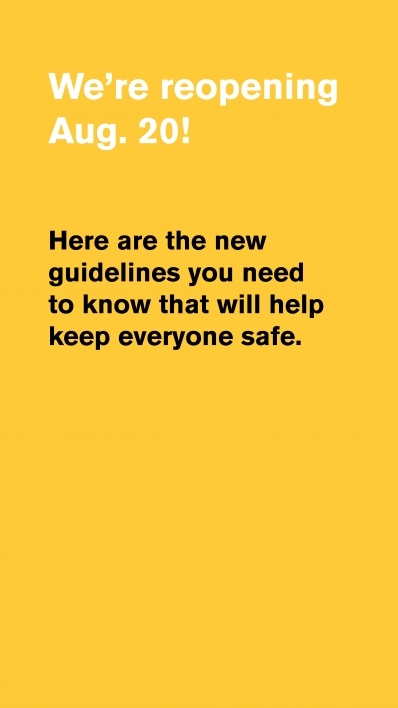 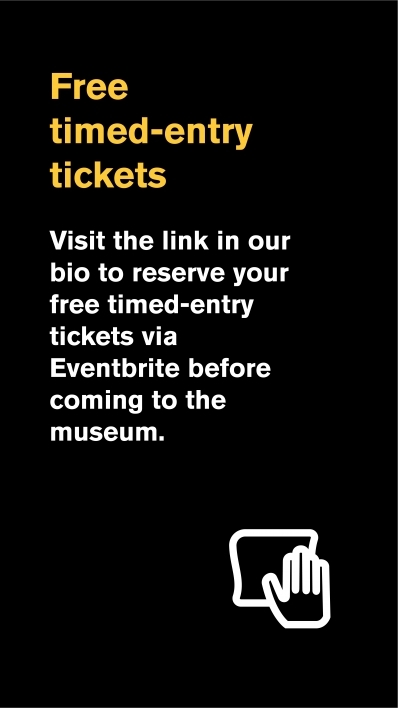 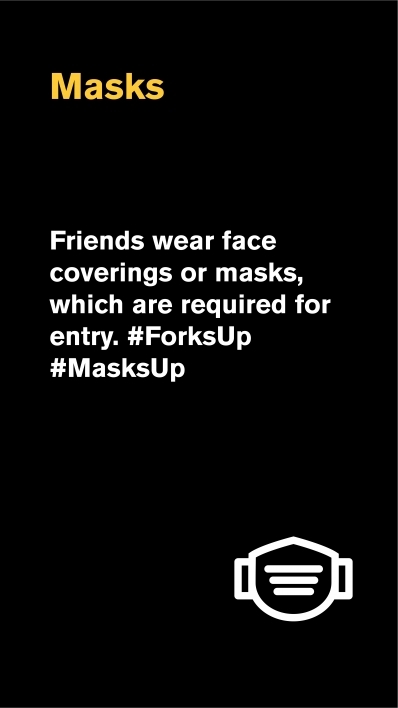 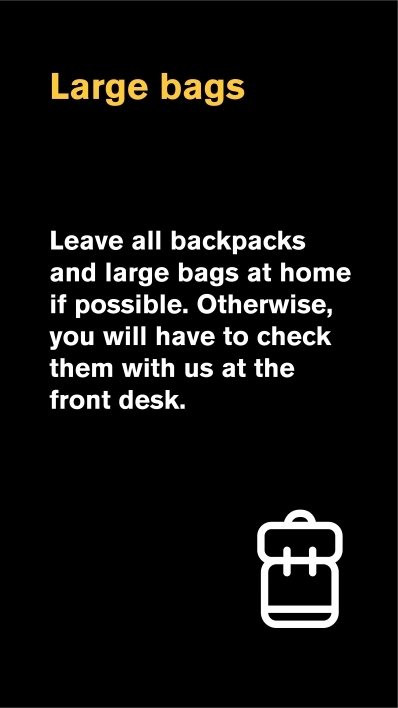 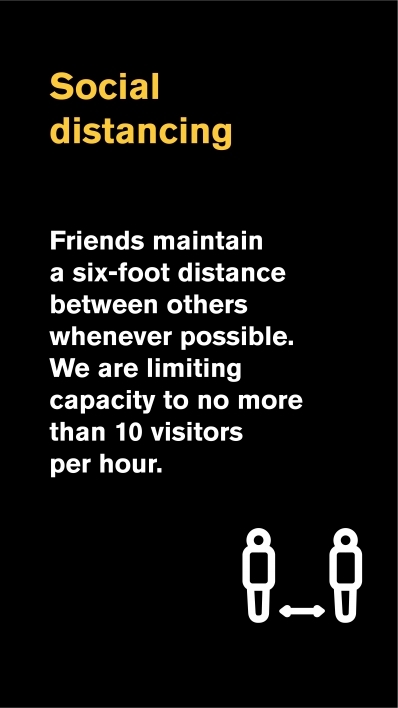 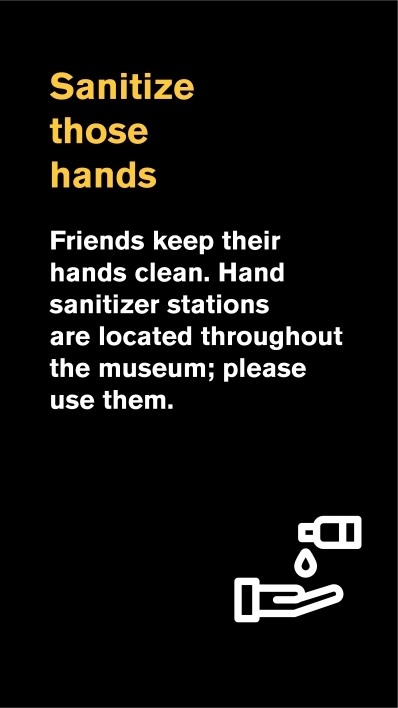 For more information on the museum, visit asuartmuseum.asu.edu.

A team including Wei Liu, assistant professor in ASU’s School of Molecular Sciences and the Biodesign Institute’s Center for Applied Structural Discovery, published a paper on Aug. 19 in Molecular Cell that offers promising details of improved therapeutic treatments for cardiac disease.Cardiac disease is the No. 1 killer of people worldwide and according to the U.S. Centers for Disease Contro...

A team including Wei Liu, assistant professor in ASU’s School of Molecular Sciences and the Biodesign Institute’s Center for Applied Structural Discovery, published a paper on Aug. 19 in Molecular Cell that offers promising details of improved therapeutic treatments for cardiac disease.

Cardiac disease is the No. 1 killer of people worldwide and according to the U.S. Centers for Disease Control, it kills one person every 37 seconds in the United States. 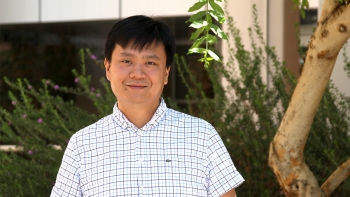 Downregulation of β1-ARs has been seen as the cause of most cases of heart failure, one of the leading causes of morbidity worldwide. Beta-blockers, which are inhibitors of β1-ARs, are used to treat high blood pressure and heart failure, to manage abnormal heart rhythms, and to protect against myocardial infarction. 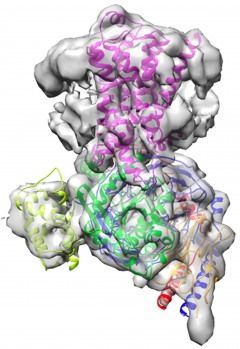 “In this Molecular Cell paper, we employed cryo-electron microscopy and signaling studies to investigate the molecular mechanism by which β1-AR catalyzes the guanine-nucleotide exchange as the result of Gs activation” said Liu.

“We have captured never-before-seen details of the conformational changes during the Gs activation by isoproterenol-bound β1-AR. Activated β1-AR, serving as a guanine-nucleotide exchange factor (GEF) for Gs, deforms the GDP-binding pocket and induces a tilting of the C-terminal α5-helix and the α-helical domain of Gs rotational opening away from its Ras-like domain,” explained Lan Zhu, assistant research scientist in the School of Molecular Sciences and Biodesign Center for Applied Structural Discovery and one of four co-first authors of this paper.

The other first authors include Minfei Su of Cornell University, Yixiao Zhang of The Rockefeller University and Navid Paknejad of Memorial Sloan Kettering Cancer Center.

"This structure of the adrenergic receptor complex with the effector G-protein reveals molecular details in the protein-protein interaction domains involved in the receptor activation,” said Liu. “This information allows for the design of new precision therapeutics to target cardiac diseases, one of the leading causes of death in the developed world."

In the past few years, single-particle cryogenic electron microscopy (cryo-EM) in particular has triggered a revolution in structural biology and has become a newly dominant discipline. Cryo-EM allows researchers to take a look at biological structures that were simply not accessible just a few years ago and is now exposing structures of unprecedented complexity in great detail. 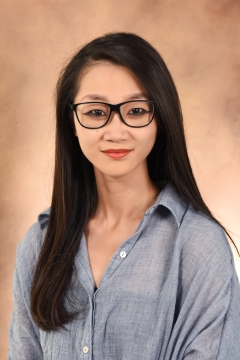 Indeed, it is this technique utilized by the experts in the School of Molecular Sciences and the John M. Cowley Center for High Resolution Electron Microscopy in the College of Liberal Arts and Sciences at ASU that has enabled the current research.

“Wei Liu’s work is typified by outstanding scholarship and a relentless commitment to making critical advances that will benefit science and society at large,” said Ian Gould, interim director of the School of Molecular Sciences.

These new results provide structural insights into the activation mechanism of Gs by β1-AR and offer extremely promising details for improved therapeutic treatments for cardiac disease.