ASU competition transforms a Vietnamese student into a professional engineer

Hoang Manh Duc could not have imagined how his life would change when he signed up for the Automation Competition implemented by Arizona State University in Vietnam.

Hoang, a then shy fourth-year student at Industrial University of Ho Chi Minh City joined the competition to make new friends. Engrossed in the hi-tech automation kits Rockwell Automation offered competing students, he and his classmates bonded over long hours spent creating precision automation models, joking, and eating their meals over the machines. 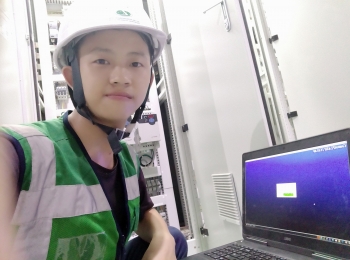 And the experience landed him a job.

Hoang's transformation is a testament to the impact of industry-linked learning during a university education. The automation competition encouraged students to develop in-demand technical and soft skills while mastering Rockwell Automation’s latest tools — tools that competition sponsors First Solar and Qui Long Refrigeration are using daily. ASU's USAID BUILD-IT Alliance initiated the competition as a public-private partnership that would train students and faculty on the latest tools, integrate these tools into university lesson plans, and give students and industry an exciting competition to identify top automation students. From 2020 onward, university and industry partners will sustain the competition as an annual collaboration.

The competition pushed automation students from across Vietnam to compete head-to-head to solve a precision challenge. Hoang said he was moved to tears when he was called on stage to receive the first place prize: an all-expenses-paid trip to Rockwell Automation’s headquarters in Singapore. Visiting Singapore was awe-inspiring for Hoang, who just got his first passport for the trip. To inspire next year’s competitors, Rockwell Automation created this video chronicling Hoang’s trip.

“After winning the Automation Competition, my life completely changed," Hoang said. "Within a month, I’d visited Rockwell Automation’s headquarters in Singapore and became an automation engineer for Qui Long Refrigeration.”

When he returned from Singapore, Qui Long offered Hoang a full-time position as an automation engineer at a project facility in Binh Dinh province. He traded in his school backpack and street clothes for an engineer’s jumpsuit, hard hat and safety gloves. To support himself throughout university, Hoang held many part-time jobs; he said his family was very proud of him when they learned that he found work in engineering. As the first person in his family to graduate from college, he is on track to support himself and his loved ones. 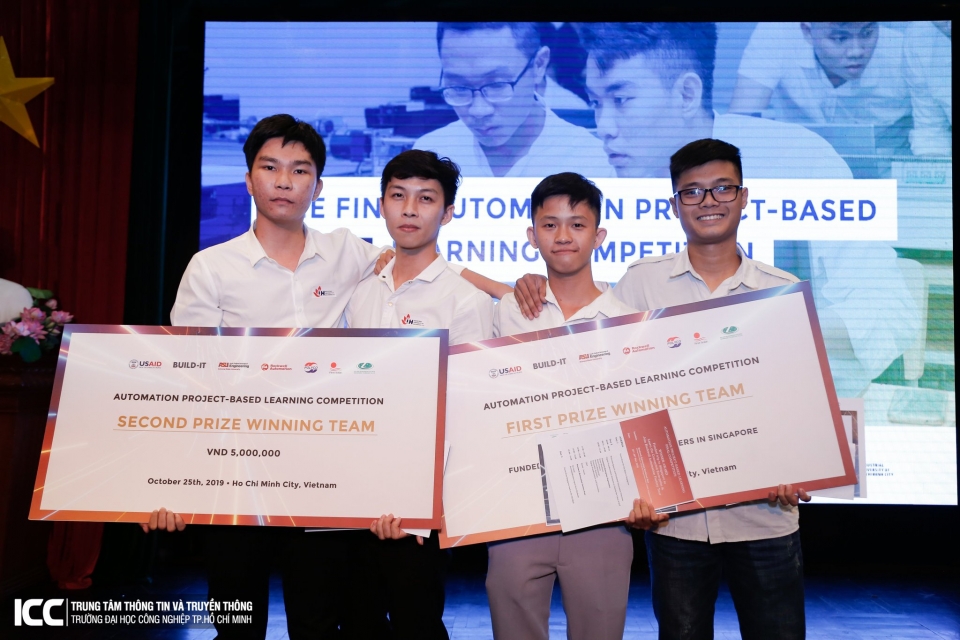 Wanting to pay it forward, Hoang helped his fellow automation competitor Vo Hoang Quoc Phuong find a job at Qui Long. Together, they learned the ins and outs of professional engineering. They joked to themselves that on their project site they are learning the “art of working:" where they need to design, code and collaborate on expansive construction projects. Hoang is eager to renew his first-year contract and grow into a supervisor at Qui Long.

Shared value partners like the automation competition align the pace of university education and the needs of industry to train work-ready students, like Hoang, to become professional engineers.

Arizona State University's Center for the Study of Religion and Conflict’s research impact is getting a boost this fall with the addition of four new postdoctoral scholars. The postdocs are joining two interdisciplinary research teams housed at the center.Sarah Riccardi-Swartz will be joining the Recovering Truth project. In addition to a doctoral degree in sociocultural anthropology from New...

Arizona State University's Center for the Study of Religion and Conflict’s research impact is getting a boost this fall with the addition of four new postdoctoral scholars. The postdocs are joining two interdisciplinary research teams housed at the center.

Sarah Riccardi-Swartz will be joining the Recovering Truth project. In addition to a doctoral degree in sociocultural anthropology from New York University, Riccardi-Swartz is also a trained documentary filmmaker. By combining methods from the study of media and the study of theology, she is able to explore more deeply the ways in which religion is used to further democracy, or contribute to its demise. In a recent interview with center Director John Carlson, she discussed this approach in relation to her current book project, a study of how converts to the Russian Orthodox Church in the U.S. are enmeshed in expanding global networks of nationalistic theology.

The other three postdocs are joining Beyond Secularization: Religion, Science and Technology in Public Life, a project led by Ben Hurlbut, Gaymon Bennett and Hava Tirosh-Samuelson.

“My research shows that people’s visions of progress complicates the neat categories we often draw upon, such as religion/secular, nature/culture, tradition/science,” Mellquist Lehto said. “I am eager to further reflect on the problems and possibilities of these distinctions, as well as how we might think and live otherwise.”

Marquez’s research brings anthropological questions on religion and economy to the study of contemporary food production, enabling her to explore the ways the religious is made through contrasts with categories like the scientific and economic.

“I look forward to collaborating with a research team also interested in identifying the ways those boundaries are sometimes upheld, sometimes traversed in a variety of social contexts,” Marquez said.

Charles McCrary (PhD in American religious history, Florida State University) will be working closely with a research group focused on biotechnology and its relationship to questions of human integrity and dignity.

McCrary’s recent book, "Sincerely Held: American Religion, Secularism, and Belief" (University of Chicago Press), examines the state regulation of religion. His new research, which is what drew him to the project, concerns the history of eugenics, an aspect of biotechnology that many like to forget.

“I am looking forward to turning my full attention to issues of secularism, race, and eugenics, and letting the collaborative atmosphere of the center shape my future work,” McCrary said.