Bell will speak about the Black Lives Matter movement and systemic racism in America. Bell is known for his critically acclaimed and award-winning docuseries on CNN, "United Shades of America." 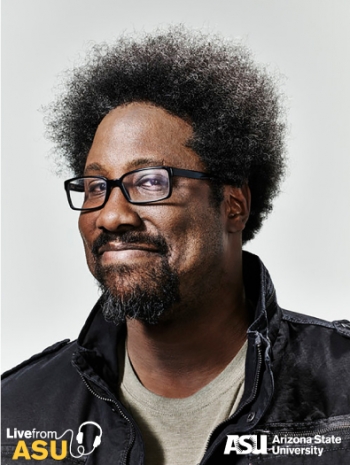 W. Kamau Bell is a sociopolitical comedian and the host of an Emmy Award-winning CNN docuseries. Download Full Image

This event will be streamed live free at livefromasu.com for the entire ASU community and the public. It will feature a panel discussion moderated by ASU Vice President for Cultural Affairs Colleen Jennings-Roggensack, with a Q&A session with ASU students and members of the ASU community to follow.

“We are currently living through two pandemics in this country, and systemic racism will be the harder one to defeat,” Jennings-Roggensack said. “This special town hall will be the first in a series of events focused on this important issue that is so vital to the ASU and local community.”

W. Kamau Bell is a sociopolitical comedian and the host of the Emmy-award winning CNN docuseries "United Shades of America with W. Kamau Bell." He recently made his Netflix debut with the stand-up comedy special "Private School Negro." Kamau also has a book titled, "The Awkward Thoughts of W. Kamau Bell: Tales of a 6’ 4”, African American, Heterosexual, Cisgender, Left-Leaning, Asthmatic, Black and Proud Blerd, Mama’s Boy, Dad, and Stand-Up Comedian."

He is the director of the documentary "Cultureshock: Chris Rock’s 'Bring the Pain.'" Bell has hosted three critically acclaimed podcasts: "Kamau Right Now!," "Politically Re-Active" and "Denzel Washington is the Greatest Actor of All Time Period." Bell is on the advisory board of Hollaback! and Donors Choose and is the ACLU Celebrity Ambassador for Racial Justice. The New York Times called Bell “the most promising new talent in political comedy in many years.”

Bell has been nominated for multiple NAACP Image Awards and a GLAAD award, and he was featured on Conde Nast’s "Daring 25" list for 2016. The SF Weekly called Bell “smart, stylish and very much in the mold of politically outspoken comedians like Dave Chappelle” — though he was mostly just excited that they called him “handsome.” The New Yorker said, “Bell’s gimmick is intersectional progressivism: He treats racial, gay and women’s issues as inseparable.” Bell is also known for his FX and FXX comedy series, "Totally Biased with W. Kamau Bell."

An esteemed promoter of the arts who has engaged with some of the most venerable museums and cultural institutions in Southern California has been appointed to lead the board of trustees of Zócalo Public Square, an ASU Knowledge Enterprise.Gloria Gerace, co-founder of Los Angeles-based Culture Projects, brings more than 20 years of experience in strategic planning, management and production of ex...

An esteemed promoter of the arts who has engaged with some of the most venerable museums and cultural institutions in Southern California has been appointed to lead the board of trustees of Zócalo Public Square, an ASU Knowledge Enterprise.

Gloria Gerace, co-founder of Los Angeles-based Culture Projects, brings more than 20 years of experience in strategic planning, management and production of exhibitions, art projects and publications to the role of chair of the board of trustees. Gloria Gerace has been appointed to lead the board of trustees of Zócalo Public Square, an ASU Knowledge Enterprise. Download Full Image

Three new trustees will also join the board. They are Bryan Bowles, founding principal of Bryor Media, a media and technology advisory firm based in Los Angeles; Naima Keith, vice president, education and public programs for the Los Angeles County Museum of Art (LACMA); and Suman Sorg, founder and CEO of A Complete Unknown, based in Washington, D.C.

“Zócalo’s mission to connect people to ideas and to each other needs the strong support of leaders in the worlds of culture, academia, the arts and media. We are fortunate to have such leaders now on our board of trustees, who will pour their energy into expanding the work we are doing at Zócalo and ASU’s media partnerships,” said Mi-Ai Parrish, managing director of ASU Media Enterprise.

Also assuming a new role at Zócalo is Sarah Rothbard, who is now leading the organization’s editorial team as editor-in-chief. Rothbard has served, variously, as Zócalo’s associate publisher, managing editor, and book prize editor over the past 10 years. She most recently served as the associate editorial director for Center Theatre Group in Los Angeles, and previously worked at Alfred A. Knopf and W. W. Norton in New York City. 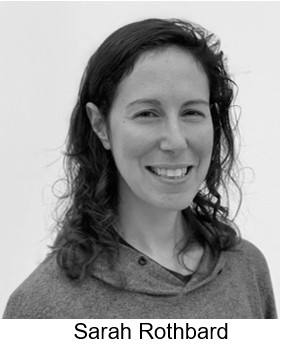 “With Sarah at the helm of Zócalo’s editorial, we are gaining a formidable intellect and a talented editor. She is truly the embodiment of our internal mantra — journalism with a head and a heart,” said Moira Shourie, executive director of Zócalo Public Square.

Rothbard succeeds Lisa Margonelli, who will remain a contributing editor to Zócalo as she begins a new role at Issues in Science and Technology, published by the National Academies of Science, Engineering, and Medicine and ASU.

A nonprofit organization founded in Los Angeles in 2003, Zócalo Public Square is an ASU Knowledge Enterprise. Zócalo frequently partners with educational, cultural and philanthropic institutions to connect people to ideas by examining essential questions in a welcoming space for thought and discussion. It has syndicated its journalism to 290 media outlets worldwide and has hosted more than 600 live events in dozens of cities nationally and internationally.