A U.S. Department of Energy award is empowering a new center at Arizona State University to create a more resilient and sustainable electricity grid with the use of next-generation materials.

The four-year, $12.4 million award from the DOE’s Office of Basic Energy Sciences establishes an Energy Frontier Research Center headquartered at ASU called Ultra Materials for a Resilient, Smart Electricity Grid, or Ultra EFRC. While ASU will lead Ultra EFRC, researchers from the University of Alabama at Birmingham, University of California Riverside, Cornell University, Michigan State University, Sandia National Laboratories, Stanford University and the University of Bristol will work within its framework. 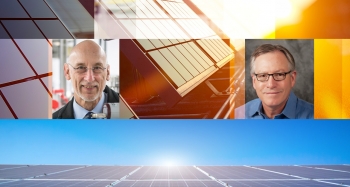 Established in 2009 by the DOE, the EFRC program brings together “creative, multidisciplinary scientific teams to tackle the toughest scientific challenges preventing advances in energy technologies.”

Wide band gap semiconductors are made of materials such as aluminum nitride, boron nitride or diamond, which possess extraordinary physical and electrical properties that allow them to operate at higher temperatures, voltages and frequencies. This makes power electronics constructed from wide band gap materials significantly more powerful and energy efficient than conventionally used silicon-based semiconductors.

“We recognized there was a huge need to really understand these materials from a fundamental point of view, because they work differently than other semiconductors,” said Nemanich, Ultra EFRC’s director.

“What we don’t understand about these materials is really what’s keeping them from reaching their potential,” said Goodnick, a professor in the Ira A. Fulton Schools of Engineering and the deputy director of Ultra EFRC.

Ultra EFRC’s examination of these materials is in service of electricity grids, which Nemanich and Goodnick note are due for an overhaul.

Since its inception in the late 19th century, the American electricity grid has grown from a disconnected patchwork of small, localized systems into an immense web of power generation and transmission on federal, state and local levels.

“The old grid was based on big spinning magnet transformers taking power from very high voltage to what you use in your house,” Goodnick said. “Over the past couple of decades, those transformers have been replaced by power electronics and semiconductors.”

This transition has made components of the grid smaller, and Ultra EFRC aims to make grid infrastructure smaller still.

“If you look at a power substation, it’s huge — a city block that's full of transformers,” Nemanich said. “If some electrical switch breaks, the whole thing goes down.”

But through the use of wide band gap materials, power substations could potentially shrink a hundredfold — to virtually the size of a suitcase — saving space and increasing the reliability of the grid.

“With a much smaller system, then you can have a lot of resiliency. You can build it right in,” Nemanich said. “If there's a failure, you just switch over right away.”

Wide band gap materials can also better integrate renewable energy sources into the electricity grid. While electricity grids originally only delivered power in one direction — from power plants to consumers — today’s grid must feed and take power as needed. Renewable energy sources such as wind and solar power supply power under the right conditions, but their cells and batteries require recharging when it’s not windy or sunny.

“We need a smart grid to be able to handle these bidirectional needs,” Nemanich said.

Goodnick and Nemanich, frequent collaborators of the last seven years, attribute the transdisciplinary nature of ASU for providing an environment for Ultra EFRC to take root.

“It’s sort of built into the character of the faculty and the way everybody interacts,” Nemanich said. “Steve is in electrical engineering, I'm in physics, other people may be in material science or materials engineering, and you have to have a way that the faculty can work together, share equipment, and build something that's bigger than just the sum of the efforts. And that's the environment that ASU is able to give to our faculty and students.”

In the world of competitive hacking, to be the best, you need to compete against the best. One annual event organized by a team led by Arizona State University faculty brings the most proficient hackers from around the world together to sharpen their skills by solving a series of complex cybersecurity problems.DEF CON is the premier hacking conference in the world, and one of its signature events ...

In the world of competitive hacking, to be the best, you need to compete against the best. One annual event organized by a team led by Arizona State University faculty brings the most proficient hackers from around the world together to sharpen their skills by solving a series of complex cybersecurity problems.

DEF CON is the premier hacking conference in the world, and one of its signature events is its capture the flag tournament that features teams of the world's top hackers. For the third year in a row, faculty with the Global Security Initiative’s Center for Cybersecurity and Digital Forensics are designing the obstacles competitors will need to overcome in order to win this "Olympics of hacking." 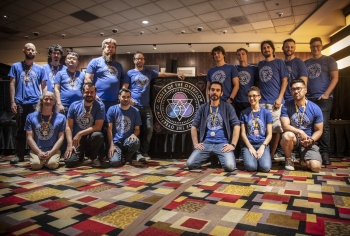 “Software is everywhere and has vulnerabilities,” said Adam Doupé, competition "hackulty" member and a leader of the Center for Cybersecurity and Digital Forensics. “Hackers can demonstrate the flaws in systems so we can ultimately make things more secure. As we rely more and more on digital technologies to work, to live and to socialize in the age of COVID-19, the security of these services is paramount.”

The skills honed at this competition can be serious business. Apple will offer up to $2,000,000 to anyone who identifies a vulnerability that allows an attacker to take over an iPhone with no interaction.

As a grassroots effort hosted by hackers for hackers, the DEF CON capture the flag competition is an important training ground and skills-building opportunity for the next generation of cybersecurity professionals.

The competition challenges hackers with a series of intricate security problems. Each challenge is like a puzzle — a Rubik's Cube or sudoku. The participants need to identify vulnerabilities in software and then figure out how to exploit them in order to move on to the next stage of the competition.

Launching on Aug. 7 and running through Aug. 9, the DEF CON capture the flag accommodates players in varying time zones — this year, it will be conducted in shifts across the three days. The game has different challenges made available to teams at set times, and the goal is to identify a vulnerability and develop an exploit. Upon accomplishing both, the team has "captured the flag" for that challenge, winning the game.

“Throughout this competition, we are training the next generation of cybersecurity experts to have an ‘adversarial mindset’ so they can identify vulnerabilities and secure systems before a malicious attack can compromise them,” said Doupé, an associate professor in the School of Computing, Informatics and Decision Systems Engineering, one of the six Fulton Schools of Engineering.

ASU is a national leader in competitive hacking, helping current and future cybersecurity professionals build core skills such as vulnerability detection, cryptographic analysis, reverse engineering, and program repair. In addition to leading the design of the DEF CON competition, multiple ASU student clubs — including the PwnDevils and DevilSec — compete nationally and internationally in competitive hacking.

Celebrating its 28th year, DEF CON is an annual event traditionally hosted in Las Vegas with a wide range of attendees from different institutions and communities. Due to COVID-19, the event has migrated entirely to a virtual platform — everything and everyone is online. While this pivot to an online arena presented some initial challenges, the Cybersecurity and Digital Forensics team has noticed some benefits from the shift. 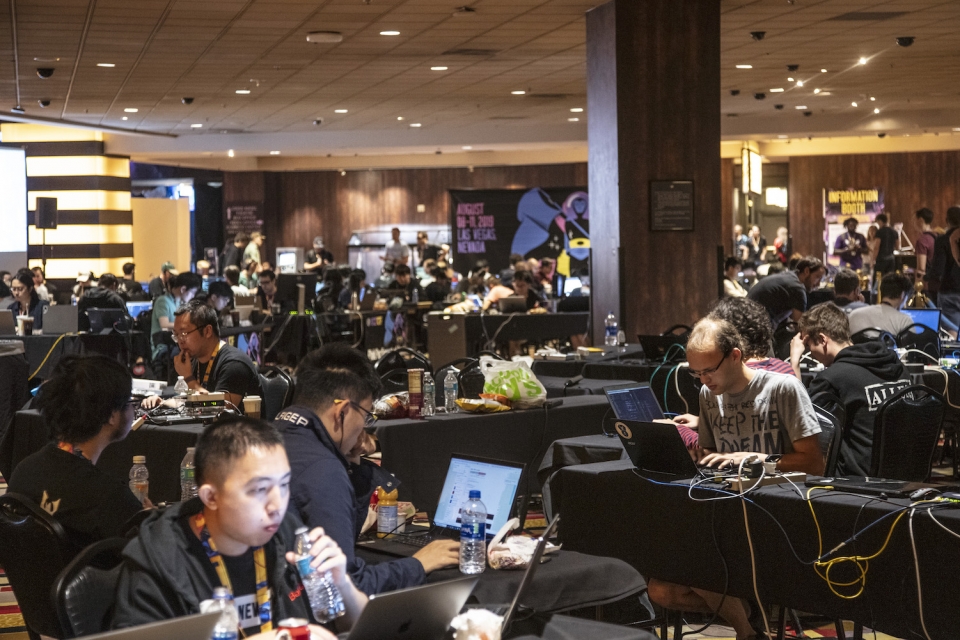 “The move online increases the accessibility of the competition to an enormous audience,” said Yan Shoshitaishvili, resident "hackademic" and an assistant professor in the school. “Since everything is done over video streams and online connections, it introduces unique opportunities in archiving the events of the contest to allow others to study it both during and after the conference itself.”

In previous years, the competition scoreboard would be displayed on a screen — this year's spectators will have real-time viewing of the game and the hackers participating.

“Anticipating what the organizers had cooked up each year, finding out what the problem was, and whether I could get it solved before the end … was a challenge,” said previous DEF CON capture the flag organizer Chris Eagle, senior lecturer at Naval Postgraduate School.